Steve Martin’s Halloween costume this year is creating some buzz. One might even say it’s extra fly.

On Twitter Wednesday, the comedian posted a photo of what he will be wearing this year much to the delight of his fans.

The banjo player, comedian and writer clearly took his inspiration from the vice presidential debate between Vice President Mike Pence and Sen. Kamala Harris (D-Calif.) last week, when a fly landed in Pence’s hair and stayed there for around two minutes.

“My Halloween costume arrived!” Martin tweeted out, smiling in the photo, which showed an insect (looking a bit more like a ladybug than a fly) nestled on his snow-white hair. 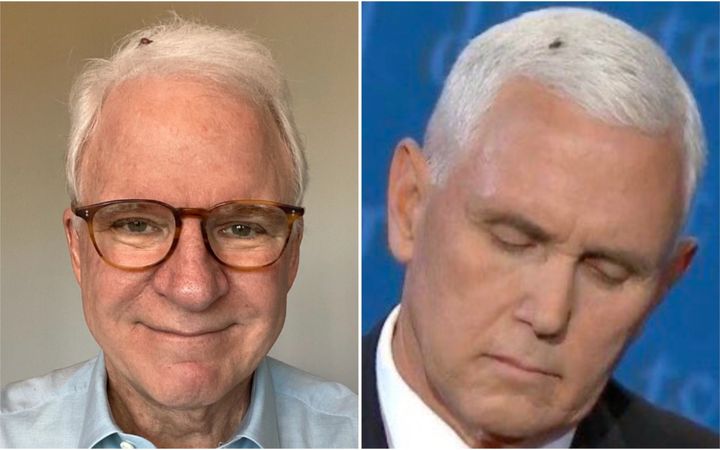 People on Twitter clearly loved the simple costume, as the tweet had over 330,000 likes by Thursday afternoon.

Though some weren’t convinced that it wasn’t Mike Pence himself posing for the photo.

Others shared their own fly reactions:

A Twitter account called Pence’s Fly even joined in on the fun, tweeting to Martin, “Wait a second, it’s ME!”

Harris recently spoke about Pence’s fly moment during a conversation with MSNBC’s Rachel Maddow on Wednesday, though Harris was trying her utmost to get through the segment without laughing.

The TV host asked the senator if she could see the fly during the debate, and all Harris could do was smile, nod and laugh.

“I think that it’s important that we kind of find a way, all of us, to move on,” the Democratic vice presidential nominee said with a laugh. “And kind of fly away from this subject onto something else.”

Asda recalls kids dressing gowns over fears they could go up in flames if they catch fire
We and our partners use cookies on this site to improve our service, perform analytics, personalize advertising, measure advertising performance, and remember website preferences.Ok