Calm on the surface, the Evros River between Turkey and Greece runs wild underneath, roiling with currents that tear apart boats and swallow up swimmers. Yet more and more refugees and migrants are crossing it — or losing their lives trying.

Greek authorities say they have been confronting an increase in migrants across the river. According to Doctors Without Borders, more than 10,000 migrants and refugees from Syria, Turkey, Iraq, Afghanistan and elsewhere, including countries in Asia and Africa, crossed the river in the half of 2018. A Greek forensic pathologist told Rocco Rorandelli, a Rome-based photographer, that the Evros has churned up 33 bodies so far this year.

When Mr. Rorandelli decided to document the journey of some of these migrants, or, more specifically, what they’ve left behind, he discovered that many of the people who perish crossing the Evros die in limbo and are never identified. 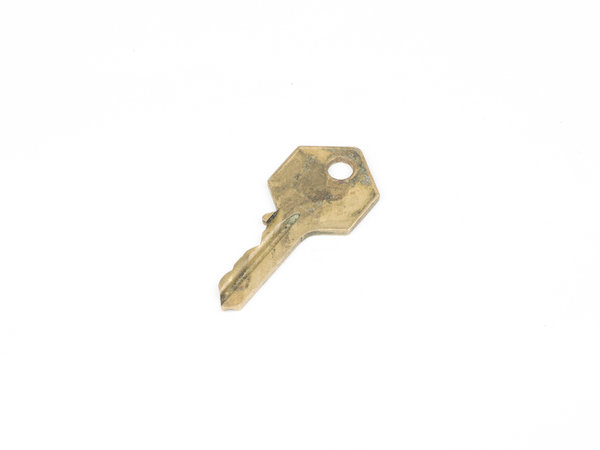 They drown or freeze to death — the river is ice-cold in the winter — and their bodies decompose quickly in the fresh water. Or they make it to land only to be killed by trains that run along the riverbanks, or land mines left over from the 1974 conflict over Cyprus between Greece and Turkey. Their clothes are shredded and their belongings are lost to the sea. Whatever proof they once walked the earth can fit in your hand, with room to spare: a bracelet, a cigarette lighter, a chewing gum wrapper.

In “Traces of Identity,” Mr. Rorandelli, who specializes in global social and environmental issues, documented approximately 150 items people who perished in the Evros left behind. The project recognizes those who paid the ultimate price for a shot at a better life and reminds an indifferent world of the profound risks fellow human beings take every day to escape crushing violence, oppression and poverty.

As he photographed objects stored in plastic sandwich bags at a hospital morgue, Mr. Rorandelli was struck by the significance of what the migrants and refugees had left behind. “Unraveling those material memories of dead ones was a ceremonious moment,” he recalled. “There are a few objects that I felt were particularly ‘alive’ in their immobility. A rubber bracelet with the text “I BELIEVE” was one of them. It was the only object found on the body of the victim. Nothing else but this pledge to life. Or a white lighter coated with rust, giving it a sort of vitality. Or dental prostheses, which made me think of the dedication of those who try to give a name to these people.”

A few objects especially moved him. One was a carefully wrapped bag of spices. Another was a small plastic wrap inside a leather pouch sewn to the inside of the pants of a body. It contained two bits of soil. “They were found on a woman of African origin,” Mr. Rorandelli recalled. “Those spices, that soil represents the home the migrants left, and cry for restitution.”

He also photographed many small scraps of papers — lists of names and numbers, probably of friends and family left behind or of those to contact once in Europe — he said. “The writing is often faded, washed away by the water of the river,” he added. “To me, these represented the dwindling remains of those who died hoping for a better life across the river.”

The Evros story is timely — crackdowns on border areas across the Aegean Sea and internal struggles in Syria, Turkey and Afghanistan may have helped spark the latest wave of illegal migration. But after 10 years of documenting the migration flow toward and within Europe, Mr. Rorandelli, a member of the TerraProject photography collective, says he didn’t set out to chase a live story.

Migration, he said, is fundamental to the human condition. “Notwithstanding the differences in numbers or geographical location, migrants move constantly between countries and continents,” Mr. Rorandelli said. He added that in a 2018 report by the International Organization for Migration that cited 2015 data, “there were 244 million international migrants globally.”

If anything, the Evros story is part of a broader, international narrative — about migration driven by desperation and the world’s continuous hostility to those seeking a better life for themselves and their families. Europe is not alone in its inability to handle migration, as the United States has militarized the southern border, tear-gassed families seeking asylum and deflected responsibility for the death of a 7-year-old Guatemalan girl, Jakelin Caal Maquin, who died recently in United States custody.

“The more I get involved with the issue,” Mr. Rorandelli said, “the more I realize that the narrative has to be thorough and not skimming the surface. Mainstream media mostly depicts migration as a series of ‘crises’ — for example, the arrival of a vessel full of Syrians or the expulsion of a group of Tunisians — thus making the audience feel that the scattered presence in the news reflects its sporadic nature.”