Her father was drafted by the Soviet Army to fight in World War II before she was born. When the conflict ended, he forged documents to help smuggle Jews into what is now Israel.

Her was an ardent proponent of aliyah, the reunification of the Jewish people. But his efforts got him sent to a gulag in 1946, when Ms. Solts was just 6 months old. With her mother struggling to support them, “I felt like I was an orphan,” Ms. Solts, now 72, recalled.

Schoolyard bullies, provoked by her Jewish identity, targeted Ms. Solts with jeers, taunts and thrashings. It would be eight years before her father was released, in 1954, and the family could make a home together in Vorkuta, Russia, near the labor camp where he had been held.

The town sits 100 miles above the Arctic Circle. Life in the tundra was harsh and secluded, and Ms. Solts’s parents often spoke to each other in Yiddish. They wanted to protect her from knowledge of the hardships they had endured. But it added to her feelings of isolation.

Also, it seemed, was her mother’s love of the piano; she gave up playing during the war, Ms. Solts recalled, although she would sit alongside her daughter as she learned to play.

After her father left prison, he often spoke of Israel. Ms. Solts dreamed of moving there. Instead, she attended a music conservatory at her mother’s urging and became a classically trained pianist. She married and started a family in Vilnius, Lithuania. 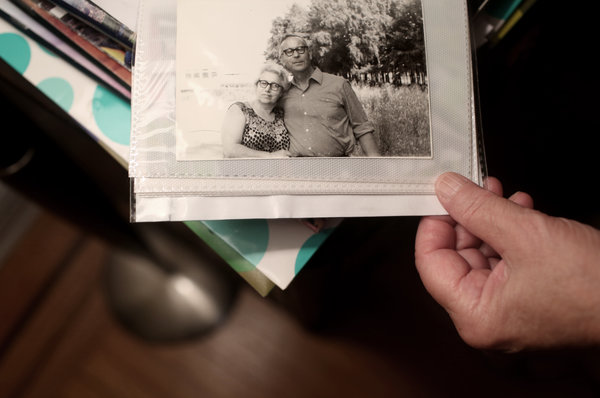 Then in 1980, Ms. Solts, her husband and their two children immigrated to the United States. Settling in Rockville, Md., they became part of the local religious community. “We had a good 10 years there,” Ms. Solts said. “Finally, I was in a Jewish environment.”

Like her, Ms. Solts’s daughter also had a desire to spend time in Israel. So when her marriage broke up in the early 1990s, Ms. Solts moved again, with her daughter, to Netanya, Israel, where her parents, younger brother and many extended family members now lived.

Ms. Solts found work as an adult caregiver and continued to give piano lessons, which were her primary source of income for decades. Then in 2011, Ms. Solts learned that she had leukemia. Following four years of treatment, the cancer went into remission, prompting her to make yet another cross-continental move, to New York, where her children now lived.

“I want to see my grandchildren,” Ms. Solts said.

Her daughter helped her find an apartment in the Kensington neighborhood of Brooklyn. Right away, Ms. Solts sought out the local Jewish community. She began attending senior center classes at the Edith and Carl Marks Jewish Community House of Bensonhurst, a beneficiary of UJA-Federation of New York, one of the eight organizations supported by The New York Times Neediest Cases Fund.

It has not been easy to start over again in the last few years, Ms. Solts said. Though her son and daughter help financially whenever they can, Ms. Solts did not have enough money to pay her $1,400 rent in July. The Marks JCH intervened, using $700 in Neediest funds to help, with an additional $64 going toward utility bills.

Last year, Ms. Solts learned that she had lung cancer and that her leukemia had returned. Though she underwent surgery to remove cancerous tissue from her lungs, she has halted chemotherapy. It weakens her too much.

She sees her children and three grandchildren several times a week and is part of a substantial religious community. These things allow her to cast aside health fears and hope for the best.

She added, “This is the attitude you develop after you go through these not-so-easy things.”

Twice a week, she attends a tai chi class and has connected with her teacher. The exercises have brought extra positivity and energy into her life, she said.

When the mood strikes, Ms. Solts will go to her bedroom and play her personal piano, a scuffed, but functional, Cable-Nelson that was given to her by a neighbor. He had two collecting dust in storage, either of which he said Ms. Solts could choose.

She picked the one that was well-worn, rustic, yet sturdy.