The end of an era! The cast of Modern Family are saying goodbye to the long-running series for good ahead of its season 11 finale on Wednesday, April 8.

Sarah Hyland, who began filming the ABC sitcom at age 18, shared several photos on Instagram of herself alongside her TV family over the years. Her photos were accompanied by a heart-filled message, during which she reflected on “the end of 11 years.” 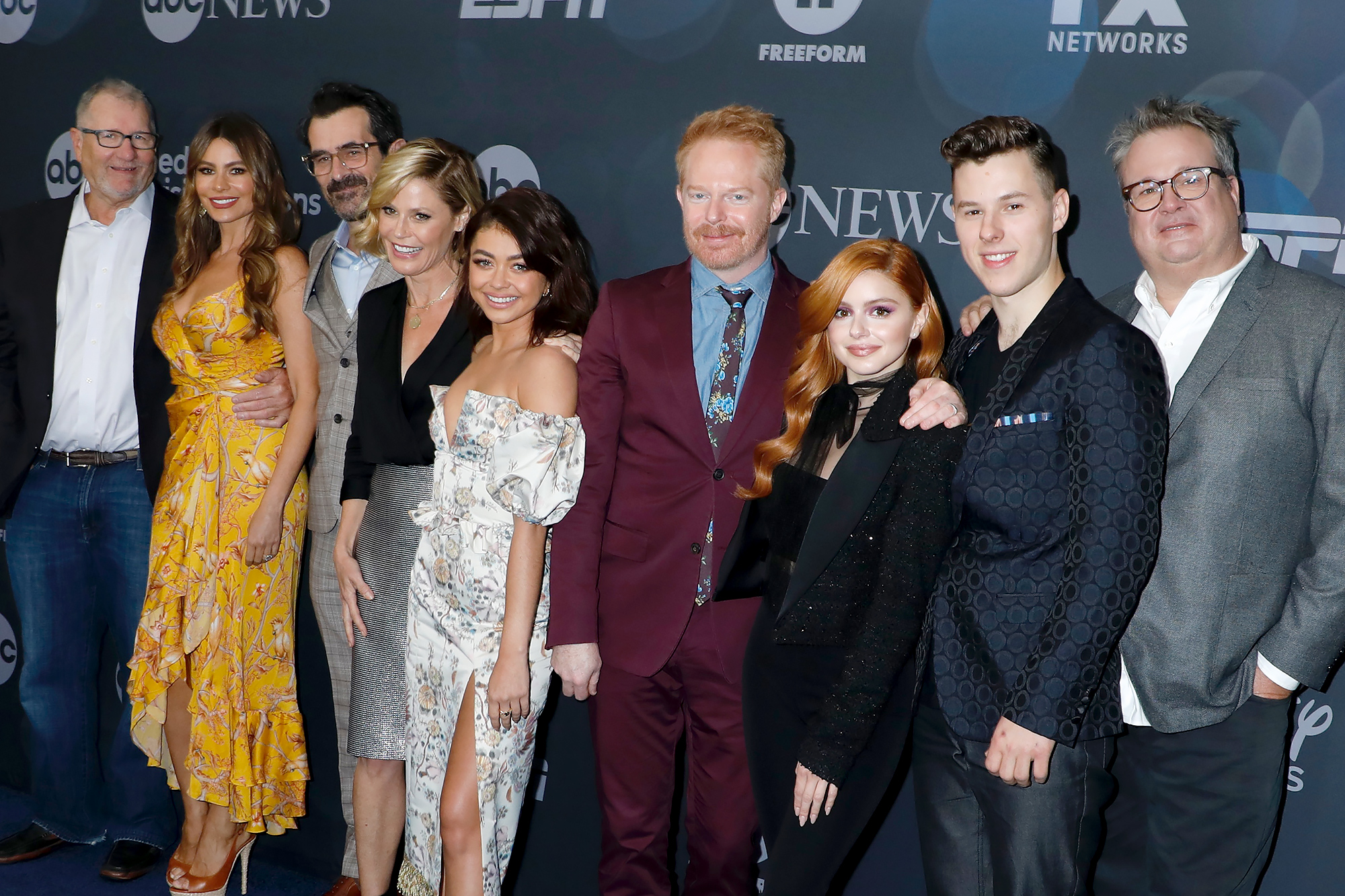 “Don’t cry because it’s over. Smile because it happened,” the 29-year-old Wedding Year actress, who played Haley Dunphy, wrote on Wednesday. “To put it in Bachelor terms, I’ve had an incredible journey with this show. Our cast and crew were always phenomenal and we very quickly grew to be a real life #modernfamily. I will miss these people tremendously but am so grateful I was lucky enough to work with them. So get your tissues ready….”

Like Hyland, Sofia Vergara (Gloria Delgado-Pritchett) also posted an abundance of cast photos as she bid the show adieu. “My family on and off screen forever 💞,” the 47-year-old America’s Got Talent judge wrote via Instagram. “What an amazing 11 years! So thankful for this family, the crew and all of our #ModernFamily fans 🙏🏽.”

Ariel Winter, who played Alex Dunphy, noted what an “amazing journey” it’s been working on the series, adding, “We are all so grateful for the love we’ve received over the course of this 11 year journey. To know our fans love our family just as much as we do is the most amazing gift. Also…WE HAVE/HAD🥺THE BEST CREW IN THE WORLD. They are a HUGE, insanely important part of our Modern Family ❤️.”

Julie Bowen (Claire Dunphy) wrote that she’s “crying too hard to see the keyboard,” while Jesse Tyler Ferguson (Mitchell Pritchett) shared a photo from his last day in front of his dressing room, writing, “Until we meet again, sweet Mitchell.”

As for Eric Stonestreet (Cameron Tucker), he shared a photo that he took before his final Modern Family screen test 11 years ago. “I wish I remembered why exactly I decided to take it, but my best guess is because I knew my life could forever change once I stepped out my front door that day,” the 48-year-old actor wrote on Wednesday.  “I’ve looked at it 1000 times. And what I see in it is: hope, fear, and determination. Hope — that I would get the job. Fear — that like so many other times before, I wouldn’t. And determination — to go in and do the best job I could and deliver the performance I knew I was capable of delivering.”

Modern Family’s series finale airs on ABC Wednesday, starting with the Modern Family: A Modern Farewell special at 8 p.m. ET. After the hour-long special, a two-part episode will be broadcast at 9 p.m. ET.