How many people does it take to summon the multiple talents, decades-spanning career and complicated life of Sammy Davis Jr.?

Laurence Maslon, who wrote the 2017 documentary “Sammy Davis, Jr: I’ve Gotta Be Me,” which had its premiere on PBS’s “American Masters” this week, remembered coming across a 1968 Mad Magazine satire on racial stereotypes that said three black individuals could equal an “emerging African nation” — but it would take four to represent Davis alone.

Maslon, now the artistic director and writer of “Yes I Can: The Sammy Davis Jr. Songbook,” running Feb. 23-25 at the 92nd Street Y as part of its “Lyrics & Lyricists” series, mentioned this to the show’s director, Tazewell Thompson, during a rehearsal break last weekend. Thompson ventured, “It would take at least four people — or 14, or 40” to match Davis, who died in 1990 at 64, of throat cancer.

Once rehearsal resumed, the cast ran through part of the prologue, in which Davis describes the exhausting toll of his Broadway debut, in “Golden Boy,” a musical adaptation of the Clifford Odets play that cast him as a black boxer who falls in love with a white woman. “Can I be what I wanna be?” Foy rapped, to which Wolfe and Saldivar responded, chanting, “Yes you can!”

In truth, success and self-actualization did not come easily to Davis, who started out as a prodigy in vaudeville. For many below a certain age, he’s remembered as a bejeweled fixture on variety and talk shows, or as the one black member of Sinatra’s Rat Pack — and as such the butt of jokes that would start an instant firestorm on social media today. 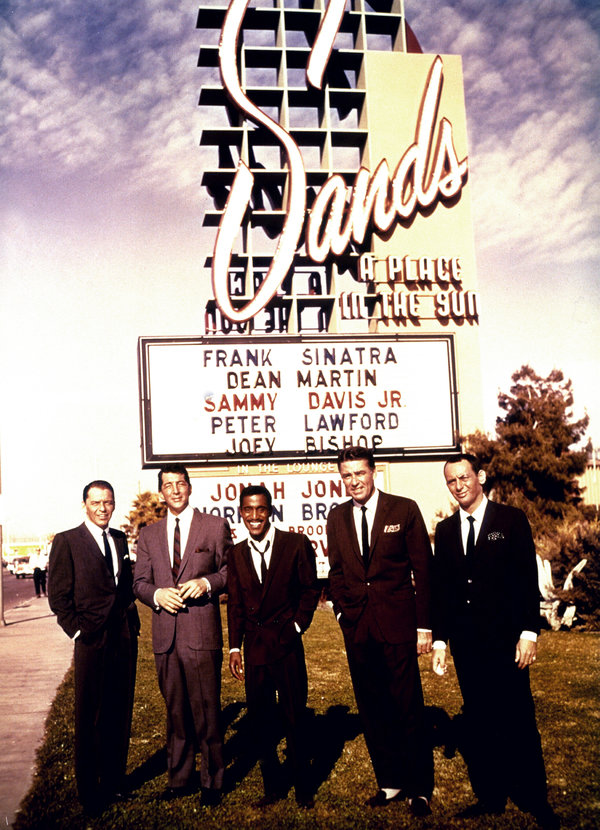 But in addition to the many hats he juggled as an entertainer — song and dance man, actor, impressionist, raconteur — Davis became a civil rights activist. He befriended Martin Luther King Jr. and took part in the 1963 March on Washington and the “Stars for Freedom” rally during the 1965 march from Selma to Montgomery — even if some of Davis’s later actions, like expressing support for President Nixon or performing for troops in Vietnam, stumped younger, more progressive admirers.

Maslon conceived “Yes I Can” — the title of Davis’s 1965 autobiography, and of a song cut from “Golden Boy” — as a companion piece to the documentary. “Because we covered so much of his life and the political stuff, the performance aspect got a little attenuated,” he said. “This show is mostly a celebration of his life through song.”

The car accident that cost Davis an eye, and informed his conversion to Judaism, is not addressed in the 92nd Street Y show, for instance. “Because it was through song that Sammy expressed himself, really,” Maslon added.

Thompson recalled gaining affection for Davis while in high school, living with his grandmother. “I remember her saying that Sammy Davis Jr. and Mickey Rooney were the two performers who could do anything,” he said. “But she said Mickey was the one who got all the breaks; Sammy had to keep proving himself and struggling. That’s why she forgave him when he hugged Nixon. She understood. She said, ‘The man just wants to be accepted.’”

Grimes, at 35 a millennial who grew up watching Davis in old movies and performance clips, has a similar perspective. “I had an extensive conversation with Wynton Marsalis years ago, and until then I didn’t know how tough or complex Sammy’s journey was,” he said. “There were people who wanted him to fight and people who wanted him to make or at least seek peace. And he desperately wanted to please everybody.”

Thompson figured: “The timing of his life was off. If Sammy were alive today, he would be the greatest star in the world — we would have caught up with him.”

He didn’t, Maslon said, “live long enough to do a ‘Duets’ album like Sinatra or Tony Bennett, or sing with Lady Gaga. Would Sammy Davis be doing a duet with Cardi B if he were alive today? I think he would.”