NAIROBI (Reuters) – Why don’t chickens fly? When did the moon learn to be kind? 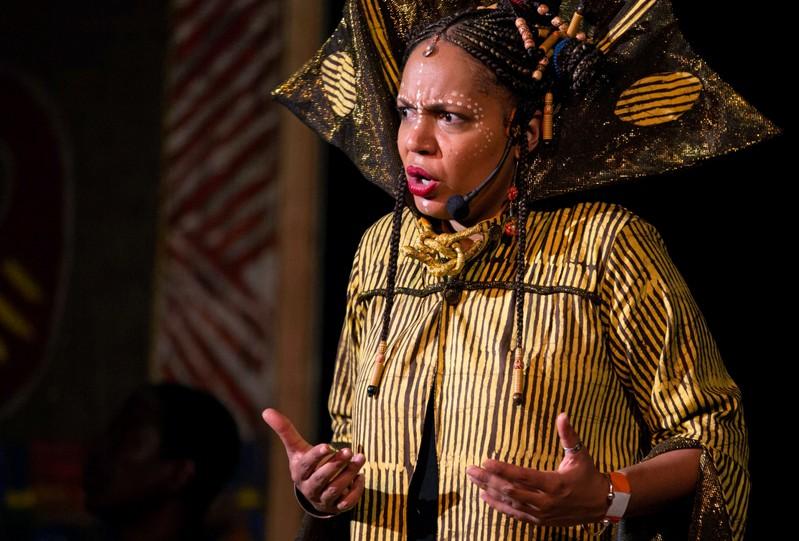 Those and other mysteries were unraveled by dozens of African storytellers in Nairobi on Saturday, helping keep alive oral traditions increasingly under threat in the internet and smartphone age.

“To have that storyteller in front of you with an audience being able to interact is something very precious that we are in danger of losing,” said Maimouna Jallow, who organized the one-day Re-Imagined Storytelling Festival in Kenya’s capital.

Although written history has existed for centuries in West Africa, elsewhere on the continent knowledge and morality have mostly been transmitted through performance art, including the spoken word.

For her research, Jallow collected folk tales from East African villages. “Nearly everywhere I went people had no recollection of their own stories, and the generation who used to tell these stories are now in their 80s,” she told Reuters.

“For me it was really important to see how we preserve not only the stories but in particular the culture of telling (them).”

With nods to giants of African culture such as Thomas Sankara and Fela Kuti, those narrated in Nairobi addressed issues common to African societies, ranging from war and materialism to humility and respect for children, often with a contemporary twist.

For Alim Bamara, a rapper from Sierra Leone who grew up in London, storytelling has never been more relevant or topical.

“There’s a story about truth, and how truth knocked on people’s doors, and was always rejected and turned away,” he told Reuters.

“One day, parable took truth home, and fed truth and clothed truth in story. “Now truth… knocked on those people’s doors and this time was readily welcomed.”

For Usifu Jalloh, from Sierra Leone, storytelling can help validate existence. “When Africans were enslaved, and when invaders came in, the first thing they did was wipe out the identity of the people that they conquered and superimposed theirs on top,” he said.

“When you know your story, you have a lot of power. When you forget your story you are just like a sheep.”

So why don’t chickens fly? Because chicken squandered all the wealth given to him as king of the sky. When the other birds found out, he was banished from the air and became man’s favorite food.