LONDON (Reuters) – A team of researchers led by Fitzwilliam Museum at Cambridge University has collected what they say is clear evidence to confirm a claim that two bronze sculptures of muscular men riding panthers were the only surviving bronzes by Michelangelo. 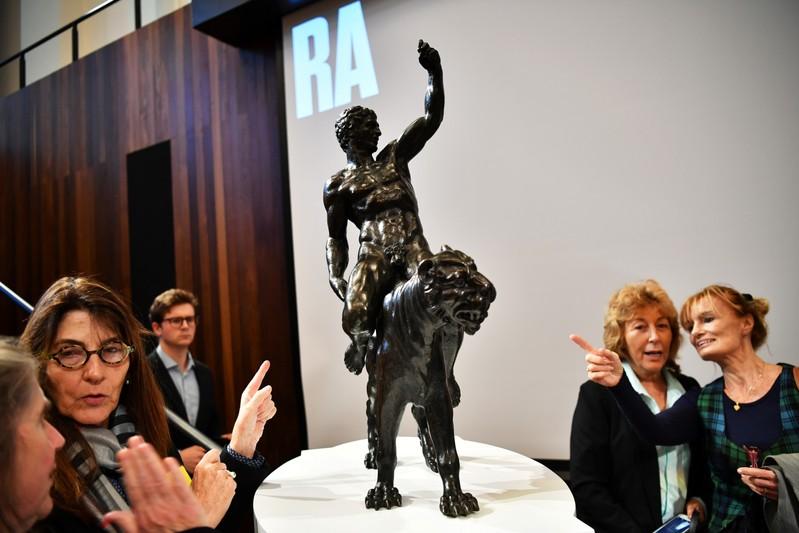 The proof, they say, is all in some fairly precise anatomical detail.

The first recorded attribution of the bronzes was to the 16th-century Italian Renaissance artist when they appeared in the collection of Adolphe de Rothschild in the 19th century, according to the museum.

But since they were undocumented and unsigned, their attribution was dismissed.

In a statement on Thursday though Fitzwilliam said its research could now confirm the 2015 claim that the Rothschild Bronzes were the only known surviving bronze masterpieces by Michelangelo.

“Furthermore, the Rothschild bronzes have certain anatomical anomalies (visible ‘eight-pack’) as well as accuracies (anatomically correct pubic hair and testicles) and deliberate inaccuracies for artistic effect which are constantly seen in undisputed works by Michelangelo but which are not present in the work of other contemporary artists,” the statement said.

Michelangelo was known to have worked in bronze, but other examples were lost or destroyed.

“These are the real thing. We believe these to be made by Michelangelo … And we think these are the originals made around 1505-1507,” Dr Victoria Avery, Keeper of the museum’s Applied Arts department, told a news conference.

The findings, including 30 letters written by the artist to his family between 1506 and 1508 while making a colossal bronze statue of Pope Julius II, are presented in a book, Michelangelo: Sculptor in Bronze.

They make him “the most significant and successful maker of bronze sculpture of his day since Antiquity”, the museum said.