Is Prince Harry trying to tell us something?

On Thursday, the Duke of Sussex hosted the Rugby League World Cup Draw for the men’s, women’s and wheelchair tournaments at Buckingham Palace on Thursday.

It was his first public appearance since announcing his decision to step on back as a senior member of the royal family. It could easily be one of the last engagements for the prince for some time, as he begins to split his time between the U.K. and Canada.

In an Instagram story covering the prince’s engagement on Thursday, a song from The Stone Roses, called “This Is The One,” seems to allude to Harry’s decision to step back and his forthcoming exit.

It contains lyrics like “I’d like to leave the country / For a month of Sundays / Burn the town where I was born,” and “A girl consumed by fire / We all know her desire / From the plans that she has made / I had her on a promise.”

The story opens with Harry’s back to the camera before he turns around and flashes a smile, before walking through the doors. 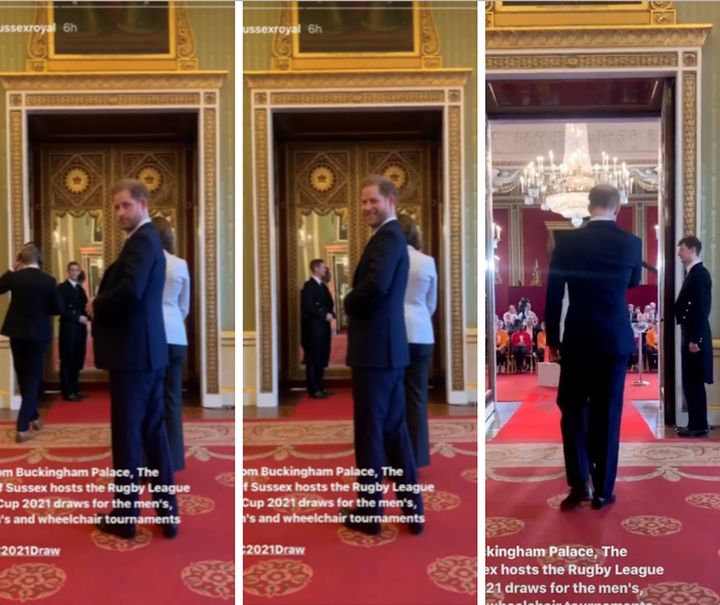 Just after Harry and Meghan Markle announced their decision to step back last week, People magazine pointed to the Sussex Royal account’s poignant use of Raphael Lake’s song, “Follow Me.”

The song contains lyrics like “There’s no distance in between / Darling you and me / Make this thing complete / We go drifting out to sea / Making memories” and “I’ll always hold on / Hopin’ you’ll miss me when I’m gone/So won’t you follow me/Follow me.” 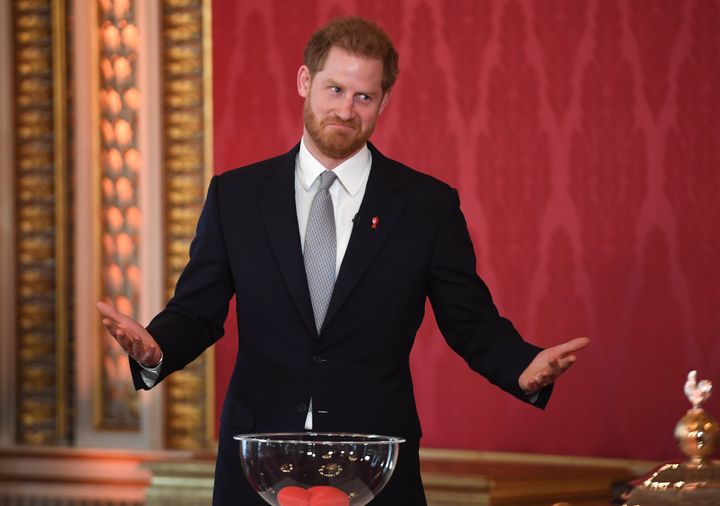 The former “Suits” actress stopped by a women’s center and the charity Justice for Girls on Tuesday. Both organizations shared photos from their talks with Meghan.