CHICAGO — It looked like a typo. For many years, until as recently as 2001, Lyric Opera of Chicago reported selling more than 100 percent of its capacity.

The company was not squeezing opera buffs into the aisles of its Art Deco opera house, which sits at the base of a 45-story limestone skyscraper on the Chicago River. No, back then Lyric largely sold out to subscribers, who would donate tickets they couldn’t use back to the company — which could (and often would) sell them a second time.

[See what our critics chose as the best classical events of 2018.]

[And listen to our favorite recordings of the year.] 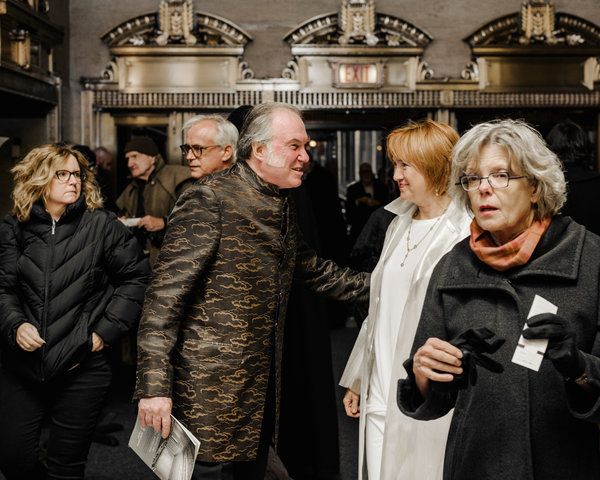 But those days are gone. Now Lyric, like other major American opera companies, as well as symphony orchestras, theater troupes and many sports teams, is grappling with a long-term decline in season subscribers. Current audiences are seen as less likely to buy large packages of tickets or commit to attending events months in advance.

The decline in subscribers is upending the already fragile economics of opera, changing how companies operate and what they program. Lyric now gives a quarter fewer main stage opera performances than it did two decades ago — it gave 60 last season — and has started presenting a musical each spring.

Its pared-back opera season led the company’s orchestra to briefly strike in October, when management sought (and eventually won) cuts to the number of weeks the musicians work, as well as to the number of full-time members of the orchestra.

“We’ve realized that, actually, the status quo is not an option if we want to survive, let alone thrive,” Anthony Freud, Lyric Opera’s general director, said in an interview last month shortly after the strike ended, and after the well-received premiere of the company’s new production of Wagner’s “Siegfried,” the latest installment in its ambitious “Ring” cycle.

One problem is that decline in subscriptions has not been offset by recent increases in single-ticket sales, so attendance is down overall. Attracting individual ticket buyers also costs more than selling subscription packages. And since subscribers have been a dependable pipeline of new donors, their falloff comes at a particularly painful moment when ticket sales, even at high prices, cover a smaller and smaller fraction of the cost of putting on opera.

Lyric retains one of the strongest subscriber bases in opera; it still sells twice as many tickets to subscribers as to single-ticket buyers. But the number of tickets it sells to subscribers has fallen to less than half what it sold two decades ago.

This is a widespread phenomenon.

Although the Met sold 78,000 tickets to newcomers last season, and sells far more single tickets than ever before, it is hard to make up for the loss of patrons who once attended many times a year. The company took in only 67 percent of potential box-office revenue last season, but with discounts factored in, paid attendance averaged 75 percent. (The Met, the biggest opera company in the nation, gave 224 performances last season — near four times as many as Lyric.) Next season, the company plans to add more-convenient Sunday matinees and begin going dark on Mondays, once the night of choice for New York’s high-society subscribers.

The change is also hitting symphony orchestras, many of which were founded on the subscription model. According to the League of American Orchestras, 2013 was the first year that revenue from single-ticket buyers and group sales surpassed subscription income.

The shift has begun to change how and what operas program. San Francisco Opera’s former general director, David Gockley, once explained the impact of relying on single-ticket sales in a frank program note that said “each title has to survive on its ability to attract an audience, whereas previously it could be slipped into a bigger package.”

And Peter Gelb, the general manager of the Met, said in an interview that since each production now has to bring in its own audience, the company seeks stronger casts for all of its operas than it sometimes had in the past.

Marc A. Scorca, the president and chief executive of Opera America, a service organization, said that there have been concerns in the industry that weakening subscription sales could lead to safer programming choices.

“In the old days, when things nearly sold out fully on subscription, opera number three and opera number seven could be rare works, new works,” he said. “Now that more of the house is sold on a single-ticket basis, one has to be thoughtful of what the titles are.”

At Lyric, Mr. Freud said that popular works such as “La Bohème” still do well at the box office, but that donors are increasingly interested in supporting new or rare works, such as Jimmy López’s “Bel Canto,” which had its premiere at Lyric in 2015.

“A diet of war horses is never going to work for us — partly because we will dilute their box-office strength if we schedule them too often, and partly because we won’t be taking full advantage of contributed revenue potential,” he said.

The company has been working to increase revenue and cut expenses. Its spring musicals sell tens of thousands of tickets, and bring new audiences into the opera house; Lyric finds that it is able to persuade about a fifth of those newcomers to return for an opera.

Lyric also owns its theater and has been working to increase income from rentals. The Pet Shop Boys have performed there, and the company recently struck a deal to make the opera house the Chicago home of the Joffrey Ballet, beginning in 2020. The company has also increased outreach to Chicago schools and communities new to opera with Lyric Unlimited, an ambitious education program.

But there have been setbacks as well: After losing philanthropic support, the company discontinued its longstanding radio broadcasts of its opening nights.

Mounting the new “Ring” cycle has been a major and expensive undertaking. Lyric’s “Siegfried” boasted world-class singers, led by the dramatic soprano Christine Goerke and the bass-baritone Eric Owens. Opening night was sold out, and before the performance the crowd gathered in the lobby and snapped selfies, picked up rolls from the “Sushi at Lyric” window and sampled a Wagnerian-theme cocktail called the Fafner, named after the opera’s sleeping dragon.

“I would say that I worry about opera in the United States,” said Howard Smith, 88, who was at the performance. “We all started coming in our 30s or late 20s, and you don’t see as much of that. There are so many other venues for entertainment.”

He took in “Siegfried” from the orchestra seat he has occupied — on subscription — since 1961.