LOS ANGELES (Reuters) – Britain’s Olivia Colman won a surprise best actress Oscar on Sunday for her clever performance as a dim-witted, petulant Queen Anne in “The Favourite” and delighted the audience with a tearful and humorous acceptance speech. 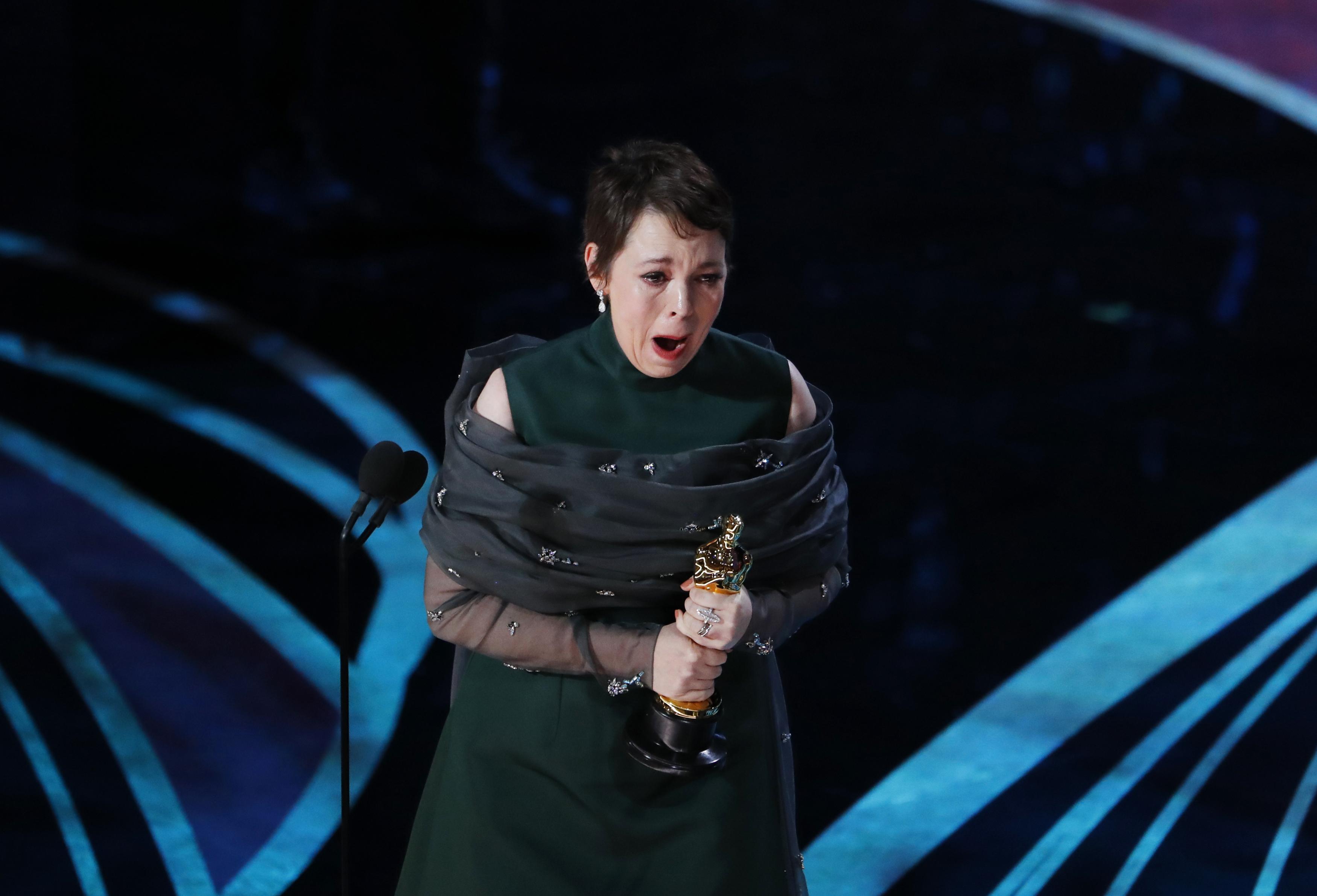 It was the first Academy Award for Colman, 45, one of the most beloved and prolific actresses in British television who is less well known to American filmgoers. She also won the Golden Globe and British BAFTA awards for her well-regarded performance.

“It’s genuinely quite stressful. This is hilarious,” Colman said in accepting the trophy, which she won over nominees Glenn Close, Lady Gaga, Melissa McCarthy and Yalitza Aparicio. Many Oscar-watchers had tipped Close or Lady Gaga to win.

“And my kids who are home watching – well if you’re not, kind of well done,” Colman said through tears. “I sort of hope you are. This is not going to happen again.”

In “The Favourite,” Colman portrays Britain’s 18th-century Queen Anne as an insecure, frail and tempestuous royal who treats her horde of rabbits as if they were her dead children and has secret lesbian love affairs with characters played by Emma Stone and Rachel Weisz.

Stone, sitting near Colman in the Dolby Theatre, also broke into tears as the award was announced and could be seen repeating “oh my God” over and over again.

Both Stone and Weisz were nominated for their supporting actress roles but lost out to Regina King for her part in “If Beale Street Could Talk.”

Colman, who keeps a low profile in Hollywood but is regarded as a national treasure in Britain, has said that in the ailing, somewhat foolish Queen Anne she enjoyed playing a woman who is “filthy and sexy and emotional and sad” rather than attempting to be pretty and glamorous.

The self-effacing actress began her career in England some 20 years ago, racking up credits on comedy sketch shows and in dramatic roles such as television police murder mystery “Broadchurch” and spy thriller “The Night Manager.”

She plays an English monarch again in her next role, as a middle-aged Queen Elizabeth in the upcoming third season of the Netflix drama “The Crown” about the British royal family.

“The Favourite,” which had also been nominated for best picture, was released by Fox Searchlight Pictures.