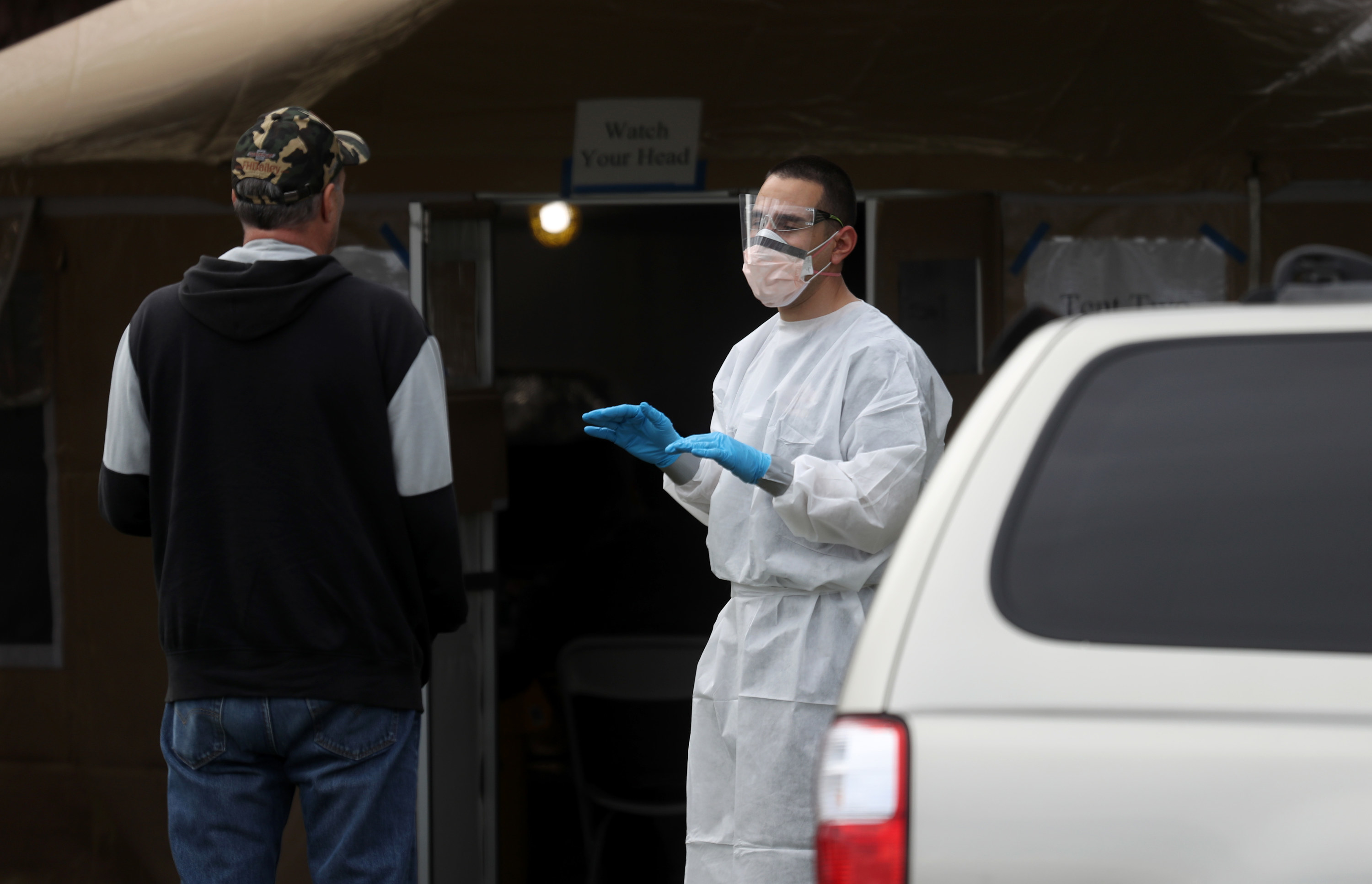 HAYWARD, CALIFORNIA \- MARCH 24: , Hundreds of people are lining up to receive a COVID-19 test offered by the City of Hayward free of charge for people who are exhibiting symptoms of coronavirus. (Photo by Justin Sullivan/Getty Images)

As coronavirus patients flooded into New York hospitals this past weekend, the city’s Department of Health and Mental Hygiene issued a new guideline: Health care workers who have been exposed to the virus should not be tested if they don’t have symptoms.

The memo also recommended that hospitals cease testing patients who show symptoms of the virus unless the patients require hospitalization.

Health professionals at major New York hospitals told BuzzFeed News they are concerned that the new guideline will cause health care workers who have contracted the virus but not yet shown symptoms to inadvertently infect patients or colleagues.

“Wow. That’s…wow,” said one ER doctor in Harlem of the new recommendations. “That not only does not meet standard-of-care, but that exposes people to danger, people who would otherwise be able to protect themselves. It’s the antithesis of ‘do no harm.’”

A spokesperson for the Department of Health stressed that doctors and nurses should be vigilant about symptoms and should take their temperature twice a day. But she added: “We are expecting a substantial surge in patients in New York City’s health care system and need to preserve staffing levels to best support those patients.”

New York recently emerged the heaviest-hit state in the country, with more than half the cases in the US. There are 26,000 cases in the state and 15,000 in New York City as of Tuesday evening. Several of the city’s hospitals, which are just now starting to be overwhelmed by coronavirus cases, did not respond to a request for comment on the directive.

But doctors and nurses at a half dozen New York City hospitals—from Mt. Sinai to Metropolitan Hospital to Lenox Hill — said that though they understood the need to conserve tests and protective gear, the city’s directive could endanger patients and colleagues.

“As health care workers, our first goal is not to endanger anyone, and in our current situation, if we can’t be tested when we’re exposed, how do we know we’re not doing harm?” said one New York City doctor in the Bronx.

An NYC health department spokesperson said in a statement that “based on the information currently available, it is believed that people who are asymptomatic are not driving transmission during this pandemic.”

But a number of expert opinions on coronavirus contagion have come to a different conclusion.

Harvard Medical School said in a publication today: “We don’t know the extent to which people who are not yet experiencing symptoms can infect others, but it’s possible that people may be contagious for several days before they become symptomatic.” In addition, researchers have “detected viral genetic material in patients several weeks after they’ve recovered from COVID-19.”

While the findings are still not entirely understood, they suggest that there is a “possibility that people may continue to be contagious for weeks after they are feeling better.”

In no uncertain terms, the doctor in the Bronx said, “We are sending people who are shedding virus to work.” She, like others, asked not to be identified for fear of losing her job.

But regardless of the city’s directives, the doctor added, “We still have to go to work because we have to—otherwise people will die.”