MOSCOW (Reuters) – Russian ballet dancers on partial lockdown have begun giving performances at home to keep fans engaged online after theatres across the country closed their doors due to the coronavirus.

Seven dancers from the Mikhailovsky Theatre in St. Petersburg, one of Russia’s most prominent troupes, have been filming spins in their kitchens, lifts in their living rooms and plies as they sweep the floor.

They have compiled their moves into a short but entertaining video.

Set to music by composer Ludwig Minkus, the three-minute video, shared on the theatre’s social media pages last Sunday, has garnered nearly 30,000 views on Instagram and more than 550 comments on Facebook.

“Artists remain true to themselves even in the current unusual conditions,” the Mikhailovsky Theatre said. “While they do not have the opportunity to interact with spectators at the theatre, the interior of their homes serves as a stage and creative platform for them.”

The theatre said the initiative had come from principal dancer Ivan Vasilyev, who in the video is seen lifting ballerina Maria Vinogradova across a living room as she carries a casserole.

The final seconds of the performance include bows, applause and bouquets, like a live show.

Other Russian theatres have undertaken similar initiatives as they remain closed to the public. 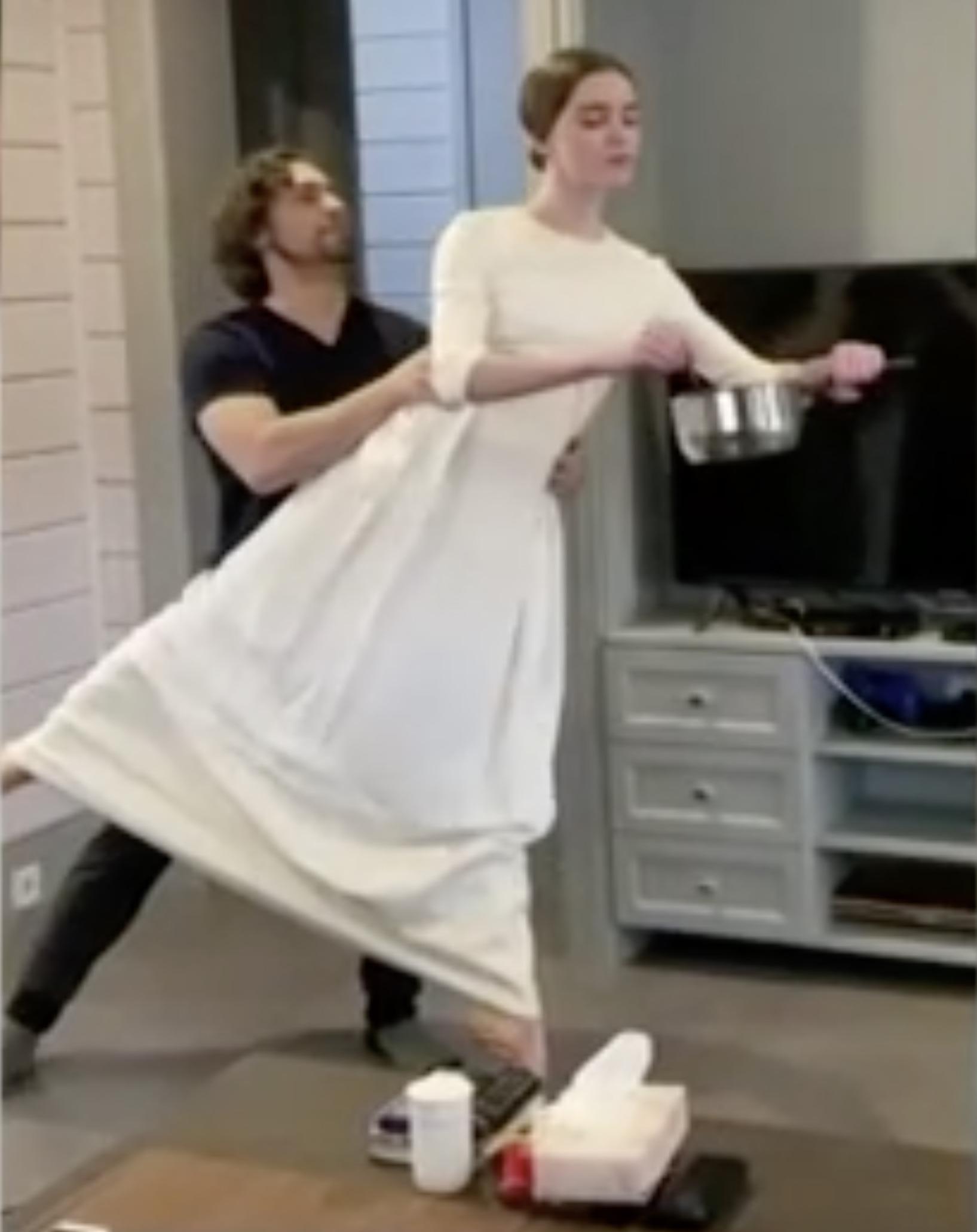 Moscow’s Bolshoi Theatre, whose director told the Kommersant newspaper on Thursday he feared for its survival if it didn’t restart performances in September, has begun streaming some of its most notable past performances online.

And an opera and ballet theatre in Perm, an industrial city east of the capital, is allowing only one spectator to physically watch its performances, which it broadcasts to everyone else on the internet.

Russia on Thursday reported a record daily rise of 1,459 new cases of coronavirus, pushing its national total to 10,131. Seventy-six people have died from the virus, authorities said.