Almost as quickly as the floodwaters rose in the cave where 12 boys and their soccer coach were trapped for more than two weeks in northern Thailand in July, filmmakers and authors raced to tell their story.

On Tuesday, the video streaming giant Netflix and the production house that made the film “Crazy Rich Asians,” SK Global Entertainment, announced the acquisition of the rights to the boys’ story. The project will be directed by Jon M. Chu, who directed “Crazy Rich Asians,” the first major Hollywood film with a majority Asian cast and crew since “The Joy Luck Club,” and Nattawut Poonpiriya, a Thai director known for his 2017 film “Bad Genius.”

John Penotti, the president and co-chief executive of SK Global, said it has not been decided whether the project will be a feature film or a mini-series.

“We’re going to do our best to accurately represent what happened,” Mr. Penotti said in an interview, adding that the company plans to film in Thailand and to “cast appropriately.”

The goal, he said, is to “tell the story from a culturally correct point of view.”

In July, Mr. Chu expressed an interest in the project to make sure Asian actors and crew members would be adequately represented.

“I refuse to let Hollywood #whitewashout the Thai Cave rescue story! No way. Not on our watch,” Mr. Chu said on Twitter at the time. “That won’t happen or we’ll give them hell.”

Anyone thinking about the story had “better approach it right & respectfully,” he added.

On Tuesday, the “Crazy Rich Asians” director said on Twitter that it had been “quite a journey to get the official rights,” but that he was “excited” for the project.

The “Bad Genius” director said in a statement that “this is an opportunity for me as a filmmaker — and also a Thai citizen — to write a thank you letter to the rest of the world.”

Mr. Penotti said SK Global won a competitive bid to acquire the exclusive rights from 13 Tham Luang Company, which was partly established by the Thai government for the boys and their coach, who are shareholders. 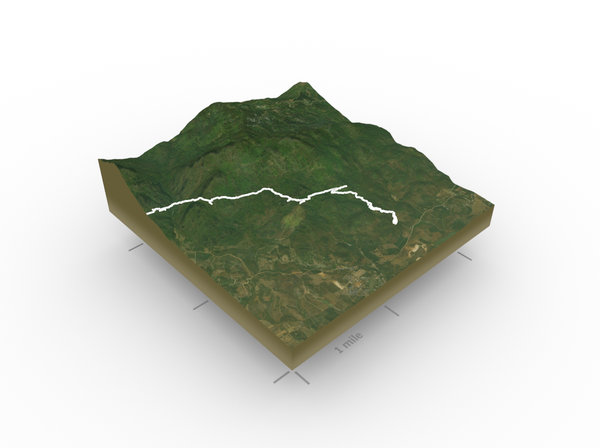 Step Inside the Thai Cave in Augmented Reality

Walk and crawl through the openings the rescuers confronted to reach the soccer team and their coach.

Thailand’s Culture Ministry first announced the movie deal in March, according to The Associated Press, which reported then that a government spokesman said the families of the survivors would each receive three million baht (about $94,000). A request for comment to the culture ministry was not immediately returned on Tuesday.

(In September, Universal Pictures had said it acquired the life rights for the film, according to Deadline Hollywood.)

“We look forward to working with all involved parties to ensure our story is told accurately,” Ekkapol Chantawong, a spokesman for 13 Tham Luang, said in a statement Tuesday, “so that the world can recognize, once again, the heroes that made the rescue operation a success.”

In July, 12 boys from the Wild Boar soccer team and Mr. Ekkapol, their 25-year-old coach, became trapped a mile underground after heavy rains flooded Tham Luang Cave, a large complex in the northern province of Chiang Rai where the team had taken an afternoon excursion.

For more than two weeks, rescuers attempted to find other entry points; they considered drilling through the mountaintop into the roof of the cavern where the group was believed to be.

Eventually, an international team of rescuers rigged a series of plastic cocoons, floating stretchers and a rope line that hoisted the players and coach over outcroppings. The boys, who were given anti-anxiety medication, endured long stretches underwater, in bone-chilling temperatures. (A child-size submarine designed by the tech billionaire Elon Musk was not used.)

In all, 10,000 people participated in the rescue, including 2,000 soldiers, 200 divers and representatives from 100 government agencies. One person died, but all the boys and their coach survived, with some licking water off the limestone walls.

The drama has inspired a handful of books for children and adults, television documentaries and a procession of projects, including one film due out this summer — “The Cave,” produced by a Bangkok-based film company.

In a statement Tuesday, Erika North, director of International Originals at Netflix, said, “Thailand is a very important country for Netflix and we are looking forward to bringing this inspiring local but globally resonant story of overcoming seemingly insurmountable odds to life, once again, for global audiences.”

Mr. Penotti said he was instantly drawn to the story and flew to the province a few weeks after the incident. And he is confident his company has enough international experience to be “culturally aware and sensitive.”

“This is a Thai story at its core,” Mr. Penotti said, “but it’s clear this is a unique situation and we feel a great burden to get it right. And we’re going to.”