The mysterious artwork, which depicts what on one side seems to be a child playing in falling snow, appeared on two sides of the building in Port Talbot, South Wales, overnight.

The other side tells a different story, revealing the snow is in fact ash being emitted from a skip fire on to the child. 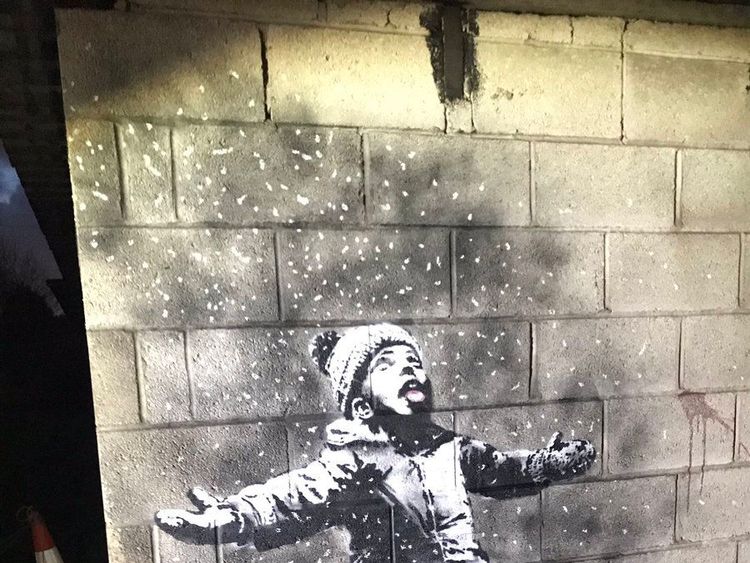 It is believed to be the first Banksy art to appear in Wales.

Speaking to Sky News, MP for the area Stephen Kinnock said: “Whether or not it’s a Banksy, I think it’s a brilliant and striking work of street art,” he said.

“Port Talbot has always been a hub of creative talent, and it’s great to see that we’re continuing that proud tradition.” 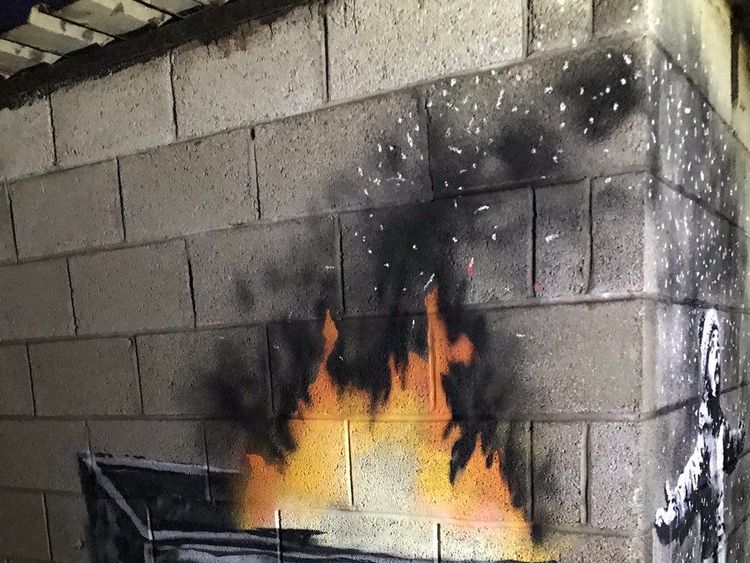 In typical Banksy style, the work appears to be politically charged. In July, black dust from the town’s steelworks covered houses, cars and pets in the area, which could have been a possible inspiration for the piece.

It also comes after it was announced that drivers will no longer have to pay a toll on the Severn Bridge.

“Everything about it is political messaging,” says resident Rachel Honey-Jones, who lives in The Mumbles on the other side of Swansea Bay.

“The way the boy has been drawn, the positioning near the steelworks, the fact it was done just after the (Severn Bridge) tolls went down.”

“If it’s not Banksy then it’s a very similar artist.”

Ms Honey-Jones has called for the artwork to be protected by Neath Port Talbot Council.

She said an artist friend had stayed to keep guard at the site overnight, and that the graffiti had already been targeted.

“People have already taken sledgehammers to it and tried to throw paint on it,” she said. “It will bring visitors and trade and tourism to the county so it really does need to be protected.”

In October, the iconic Banksy Girl With Balloon painting was sold by Sotheby’s in London for more than £1 million – despite being half shredded in a staged Banksy prank.

A spokesman for Neath Port Talbot Council said: “The council is sending officers to liaise with the property holder to assist in protecting this artwork.

“However it must be remembered that the artwork is on private property and has not yet been confirmed that the artist is Banksy.”

The anonymous street artist, thought to be Bristol based, is yet to confirm or deny on his website or social media that the work is his.