The country musician was seen in videos on social media mingling in groups without wearing a mask and kissing fans. 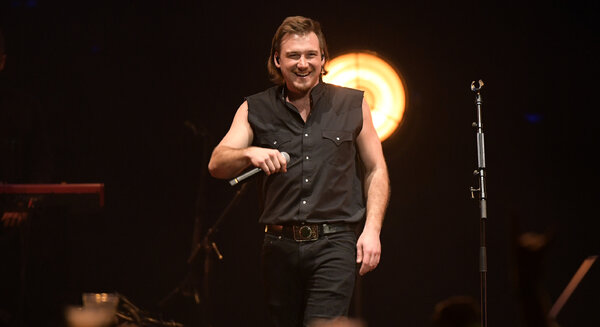 Morgan Wallen, a country musician who was scheduled to perform on “Saturday Night Live” this weekend, said on Wednesday evening that he would not be appearing on the show, citing its coronavirus protocols.

Wallen made the announcement in an Instagram post after he was seen in videos that were posted to social media last weekend, showing him celebrating in Tuscaloosa after a football victory by the University of Alabama. In these clips, which appeared on TikTok and elsewhere, Wallen is seen drinking shots, kissing fans and mingling in groups while not wearing a mask or following other social-distancing guidelines.

In the video he posted to Instagram on Wednesday, Wallen said that he was speaking from a hotel room in New York.

“I got a call from the show letting me know that I will no longer be able to play, and that’s because of Covid protocols, which I understand,” Wallen said. “I’m not positive for Covid but my actions this past weekend were pretty shortsighted and they have obviously affected my long-term goals and my dreams. I respect the show’s decision because I know that I put them in jeopardy, and I take ownership for this.”

Wallen said that he planned to “take a step back from the spotlight for a little while and go work on myself.” He added that Lorne Michaels, the “S.N.L.” executive producer, “gave me a lot of encouragement by letting me know that we’ll find another time to make this up.”

“Saturday Night Live,” which is broadcast from NBC’s headquarters in Rockefeller Plaza, halted its live episodes in March amid the pandemic. The show’s longtime music coordinator Hal Willner died in April of complications consistent with the coronavirus.

Last weekend, “S.N.L.” aired its first new live episode in several months, employing new coronavirus protocols required by the state of New York. A press representative for the show did not immediately say on Wednesday night who would replace Wallen in this weekend’s broadcast.