The last time Keith Jarrett performed in public, his relationship with the piano was the least of his concerns. This was at Carnegie Hall in 2017, several weeks into the administration of a divisive new American president.

Mr. Jarrett — one of the most heralded pianists alive, a galvanizing jazz artist who has also recorded a wealth of classical music — opened with an indignant speech on the political situation, and unspooled a relentless commentary throughout the concert. He ended by thanking the audience for bringing him to tears.

He had been scheduled to return to Carnegie the following March for another of the solo recitals that have done the most to create his legend — like the one captured on the recording “Budapest Concert,” to be released on Oct. 30. But that Carnegie performance was abruptly canceled, along with the rest of his concert calendar. At the time, Mr. Jarrett’s longtime record label, ECM, cited unspecified health issues. There has been no official update in the two years since.

But this month Mr. Jarrett, 75, broke the silence, plainly stating what happened to him: a stroke in late February 2018, followed by another one that May. It is unlikely he will ever perform in public again.

“I was paralyzed,” he told The New York Times, speaking by phone from his home in northwest New Jersey. “My left side is still partially paralyzed. I’m able to try to walk with a cane, but it took a long time for that, took a year or more. And I’m not getting around this house at all, really.”

Mr. Jarrett didn’t initially realize how serious his first stroke had been. “It definitely snuck up on me,” he said. But after more symptoms emerged, he was taken to a hospital, where he gradually recovered enough to be discharged. His second stroke happened at home, and he was admitted to a nursing facility.

During his time there, from July 2018 until this past May, he made sporadic use of its piano room, playing some right-handed counterpoint. “I was trying to pretend that I was Bach with one hand,” he said. “But that was just toying with something.” When he tried to play some familiar bebop tunes in his home studio recently, he discovered he had forgotten them.

Mr. Jarrett’s voice is softer and thinner now. But over two roughly hourlong conversations, he was lucid and legible, aside from occasional lapses in memory. He often punctuated a heavy or awkward statement with a laugh like a faint rhythmic exhalation: Ah-ha-ha-ha. 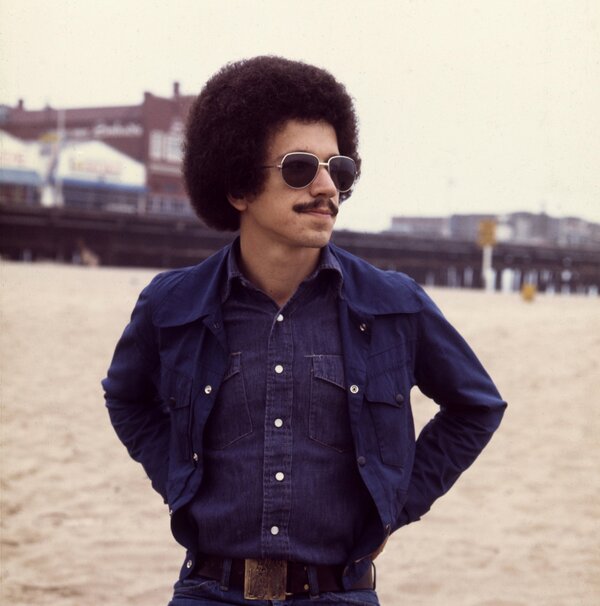 Raised in the Christian Science faith, which espouses an avoidance of medical treatment, Mr. Jarrett has returned to those spiritual moorings — up to a point. “I don’t do the ‘why me’ thing very often,” he said. “Because as a Christian Scientist, I would be expected to say, ‘Get thee behind me, Satan.’ And I was doing that somewhat when I was in the facility. I don’t know if I succeeded, though, because here I am.”

“I don’t know what my future is supposed to be,” he added. “I don’t feel right now like I’m a pianist. That’s all I can say about that.”

After a pause, he reconsidered. “But when I hear two-handed piano music, it’s very frustrating, in a physical way. If I even hear Schubert, or something played softly, that’s enough for me. Because I know that I couldn’t do that. And I’m not expected to recover that. The most I’m expected to recover in my left hand is possibly the ability to hold a cup in it. So it’s not a ‘shoot the piano player’ thing. It’s: I already got shot. Ah-ha-ha-ha.”

IF THE PROSPECT of a Keith Jarrett who no longer considers himself a pianist is dumbfounding, it might be because there has scarcely been a time he didn’t. Growing up in Allentown, Pa., he was a prodigy. According to family lore, he was 3 when an aunt indicated a nearby stream and told him to turn its burbling into music — his first piano improvisation.

Broad public awareness caught up with him in the late 1960s, when he was in a zeitgeist-capturing group led by Charles Lloyd, a saxophonist and flutist. The brilliant drummer in that quartet, Jack DeJohnette, then helped Miles Davis push into rock and funk. Mr. Jarrett followed suit, joining an incandescent edition of Davis’s band; in live recordings, his interludes on electric piano cast a spell.

Mr. Jarrett soon hit on something analogous in his own concerts, allowing improvised passages to become the main event. He was a few years into this approach in 1975, when he performed what would become “The Köln Concert” — a sonorous, mesmerizing landmark that still stands as one of the best-selling solo piano albums ever made. It has also been hailed as an object lesson in triumph over adversity, including Mr. Jarrett’s physical pain and exhaustion at the time, and his frustration over an inferior piano.

That sense of overcoming intransigent obstacles is an enduring feature of Mr. Jarrett’s myth. At times over the years, it could even seem that he set up his own roadblocks: turning concerts into trials of herculean intensity, and famously interrupting them to admonish his audience for taking pictures, or for excessive coughing. A New York Times Magazine profile in 1997 bore a wry headline: “The Jazz Martyr.” The following year, Mr. Jarrett announced that he’d been struggling with the consuming and mysterious ailment known as chronic fatigue syndrome.

While regaining strength, he recorded a series of songbook ballads in his home studio (later released as the touching, exquisite album “The Melody at Night, With You”). Then he reconvened his longtime trio, a magically cohesive unit with Mr. DeJohnette and the virtuoso bassist Gary Peacock.

Their first comeback concert, in 1998, recently surfaced on record, joining a voluminous discography. It captures a spirit of joyous reunion not only for Mr. Jarrett and his trio partners but also between a performing artist and his public. He titled that album “After the Fall”; ECM released it in March 2018, unwittingly around the time of his first stroke.

Loss has shrouded Mr. Jarrett’s musical circle of late. Mr. Peacock died last month, at 85. Jon Christensen, the drummer in Mr. Jarrett’s influential European quartet of the 1970s, died earlier this year. Mr. Jarrett also led a groundbreaking American quartet in the ’70s, and its other members — the saxophonist Dewey Redman, the bassist Charlie Haden, the drummer Paul Motian, all major figures in modern jazz — have passed on, too.

Faced with these and other difficult truths, Mr. Jarrett hasn’t exactly found solace in music, as he once would have. But he derives satisfaction from some recordings of his final European solo tour. He directed ECM to release the tour’s closing concert last year, as “Munich 2016.” He’s even more enthusiastic about the tour opener, “Budapest Concert,” which he briefly considered calling “The Gold Standard.”

AS HE BEGINS to come to terms with his body of work as a settled fact, Mr. Jarrett doesn’t hesitate to plant a flag.

“I feel like I’m the John Coltrane of piano players,” he said, citing the saxophonist who transformed the language and spirit of jazz in the 1960s. “Everybody that played the horn after he did was showing how much they owed to him. But it wasn’t their music. It was just an imitative thing.”

Of course, imitation — even of oneself — is anathema to the pure, blank-slate invention Mr. Jarrett still claims as his method. “I don’t have an idea of what I’m going to play, any time before a concert,” he said. “If I have a musical idea, I say no to it.” (Describing this process, he still favors the present tense.)

Beyond his own creative resources, the conditions of every concert are unique: the characteristics of the piano, the sound in the hall, the mood of the audience, even the feel of a city. Mr. Jarrett had performed in Budapest four times before his 2016 concert at the Bela Bartok National Concert Hall, feeling an affinity he ascribes to personal factors: His maternal grandmother was Hungarian, and he played Bartok’s music from an early age.

“I felt like I had some reason to be close to the culture,” he said.

The embrace of folkloric music by Bartok and other Hungarian composers further nudged Mr. Jarrett toward a dark quality — “a kind of existential sadness, let’s say, a deepness” — powerfully present in the concert’s first half. The second half, as admirers of “The Köln Concert” will appreciate, features a few of Mr. Jarrett’s most ravishing on-the-spot compositions. Those ballads, like “Part V” and “Part VII,” spark against briskly atonal or boppish pieces, gradually building the case for a mature expression that might not have been possible earlier in his career.

Part of that evolution has to do with the structure of Mr. Jarrett’s solo concerts, which used to unfold in long, unbroken arcs but now involve a collection of discrete pieces, with breaks for applause. Often the overarching form of these more recent concerts is only apparent after the fact. But Budapest was an exception.

“I saw this one while I was in it, which is why I chose that as the best concert on that entire tour,” Mr. Jarrett said. “I mean, I knew it. I knew something was happening.”

The crucial factor, he acknowledged, was an uncommonly receptive audience. “Some audiences seem to applaud more when there’s something crazy going on,” he said. “I don’t know why, but I wasn’t looking at that in Budapest.”

Given that Mr. Jarrett has made all but a small portion of his recorded output in front of an audience, his cantankerous reputation might best be understood as the turbulent side of a codependent relationship. He put the matter most succinctly during a Carnegie Hall solo concert in 2015, when he announced, “Here’s the big deal that nobody seems to realize: I could not do it without you.”

As he renegotiates his bond with the piano, Mr. Jarrett faces the likelihood of that other relationship — the one with the public — coming to an end.

“Right now, I can’t even talk about this,” he said when the issue came up, and laughed his deflective laugh. “That’s what I feel about it.”

And while the magnificent achievement of “Budapest Concert” is a source of pride, it’s not hard to see how it could also register as a cosmic taunt.

“I can only play with my right hand, and it’s not convincing me anymore,” Mr. Jarrett said. “I even have dreams where I am as messed up as I really am — so I’ve found myself trying to play in my dreams, but it’s just like real life.”