Very little is theoretical about the work of the Karrabing Film Collective: The history of genocide and discrimination described in their films has been experienced firsthand by the Belyuen community living in Australia’s Northern Territory. A retrospective of the collective’s films, at MoMA PS1 through May 27, combines traditional myth and storytelling with new film and video technologies to convey a vision that translates far beyond the country’s borders.

Nine short films created by members of the approximately 30-member collective (“karrabing” means both “low tide” in the Emmiyengal language and a form of collectivity that exists outside an official government) are included in the show. But one in particular, a 2018 film displayed in two versions, “The Mermaids, or Aiden in Wonderland” and “Mermaids: Mirror Worlds,” stretches into new regions.

Earlier works here are more documentary or informational, with statistics or images of Indigenous life: hunting, fishing, lounging in the stunning and rugged landscape, interacting with condescending local bureaucrats. The “Mermaids” films are more experimental and ecstatic. “The Mermaids, or Aiden in Wonderland,” the single-channel version is a kind of Aboriginal-futurist work that loosely follows the story of Aiden, an Indigenous boy taken from his parents at birth by scientists conducting a eugenics experiment. The story mirrors real life: Indigenous children were taken from their families for re-education from the early 1900s to 1970.

The film begins in a hospital with the epidemic of a creeping, toxic mud that harms white people but not Indigenous people. Mermaids are mentioned, although we never see them — or we may be seeing them all the time. They’re mythical beings, but they may be a grandmother. Small skirmishes with people in white Hazmat suits recur, and a sequence at the film’s end pulses with flashing colors and effects as Aiden, returned to his family, is physically and psychically transformed. 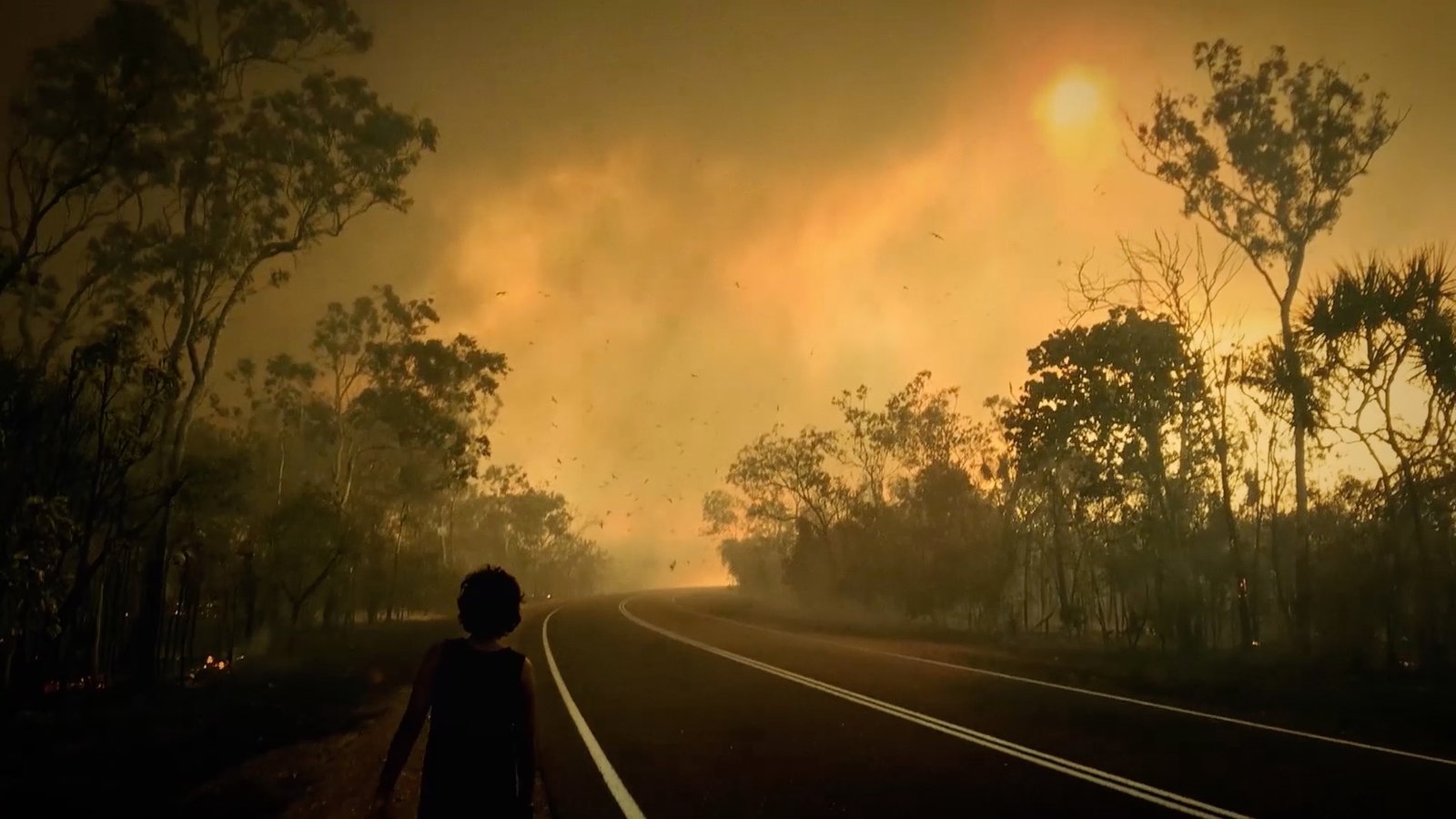 The two-channel “Mermaids: Mirror Worlds” has scenes and footage resembling those in “The Mermaids, or Aiden in Wonderland” on one screen, but the other, projected onto the opposite wall, is a completely different film. This one was made with footage collected from corporate videos, in which representatives for Dow and The Economist deliver statements while exuding the illusion of competence and control. The sound is altered, with voices slowed down into a not-quite-human pitch. Unlike the pastoral passages in the other films, images of industrial sites, equipment and corporate talking heads are processed in this film with hallucinatory color and occasional glitches to amp up the delirious effect.

The land here is treated as a “resource”: primed for profit and optimization. Mermaids, mud and the nightmare of colonialism and environmental destruction get swirled into a toxic soup.

The mirroring extends beyond the frame of the film, though. We’ve entered a precarious state for our species — and planet. We can see with every hurricane or political or economic crisis that the world has entered permanent glitch mode. Indigenous Australians are in that sense the avant-garde of our species. The Karrabing Collective and the “Mermaids” films convey that knowledge and experience with a quiet and sure confidence, showing us how their violently altered world has become our world too. 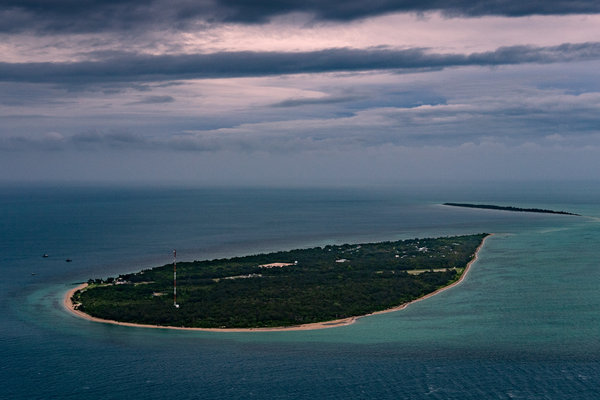 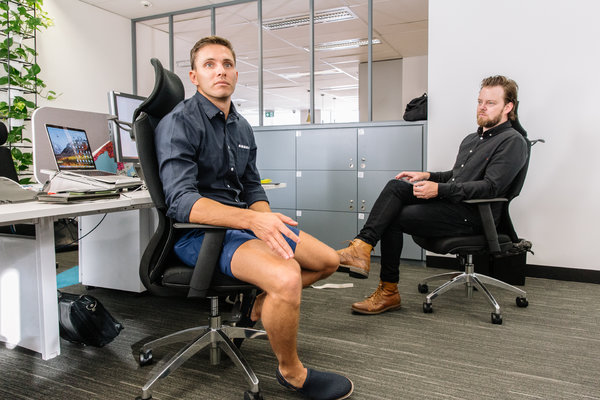 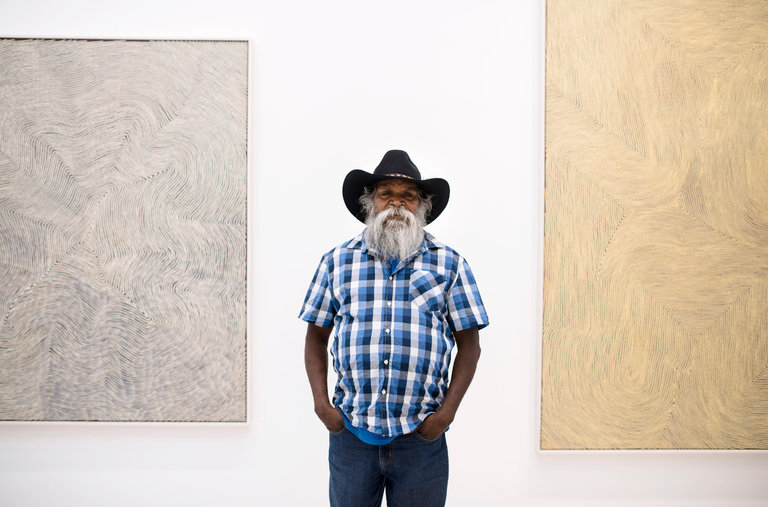