The entire concert industry is struggling as the Covid-19 shutdown continues. But a genre rooted in live performance and in-the-moment dynamics is in particular peril. 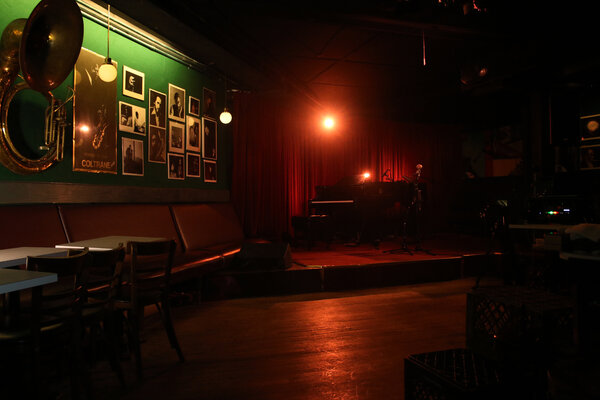 By Ben Sisario and Giovanni Russonello

When Christian Scott aTunde Adjuah led his septet at the Blue Note in mid-March, the headlines about coronavirus were growing more urgent by the day. But Mr. Adjuah, a New Orleans-born trumpeter with a cutting-edge style, had no idea that those performances would be his last shows — or the Blue Note’s — for the foreseeable future.

“You know, wash your damn hands,” he told the crowd, as can be heard on “Axiom,” a new live album culled from that weeklong residency. “But we’re not running.”

The concert world as a whole is in crisis, but perhaps no genre is as vulnerable as jazz, which depends on a fragile ecosystem of performance venues. In pre-pandemic New York, the genre’s creative and commercial center, young players still converged to hone their craft and veterans held court in prestigious rooms like the Village Vanguard and the Blue Note. It’s an economic and creative network that has sustained the genre for decades.

But after suffering nearly six months of lost business, New York jazz venues have begun sounding the alarm that without significant government relief, they might not last much longer. Even with support, some proprietors said, the virus may have rendered their business model extinct.

One such room is the Iridium, a subterranean 170-seater near Times Square that was the longtime home of the guitar legend Les Paul. “There’s a better than 50-50 chance that the Iridium doesn’t reopen,” said Ken Sturm, one of its owners. “Small clubs like us are not going to exist anymore,” he added. 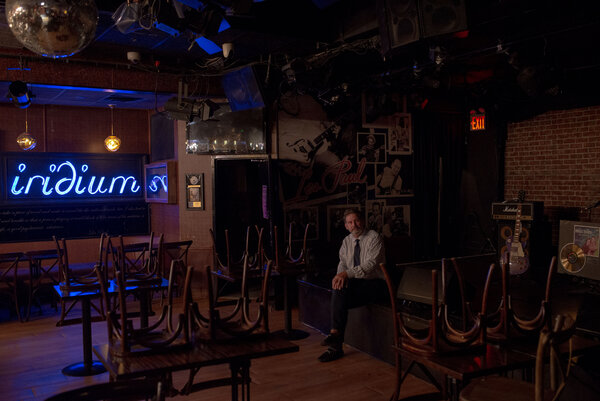 Most clubs have begun hosting livestreamed performances without in-person audiences, providing some opportunity for musicians to return to work. But without the ability to practice their art in a tightly packed room — breathing the same musty air as their audiences and feeling their response in real time — musicians say they have lost access to the jazz world’s most fertile terrain.

“It’s always been my laboratory,” the renowned saxophonist Charles Lloyd said in an interview. “We need these venues, and it breaks my heart.”

Mr. Lloyd, 82, played with giants like Chico Hamilton and Cannonball Adderley while living in New York in the early 1960s, on his way to becoming a million-selling crossover star in his own right. “You can bounce stuff off the audience,” he said. “That experience is invaluable. You can’t put a number or anything like that on it.”

In interviews, jazz musicians young and old expressed worry for the health of the genre, and their own careers, if the venue network in New York winds up decimated.