The pavilions are a major tourist attraction and have also become one of the world’s most prestigious architectural commissions. 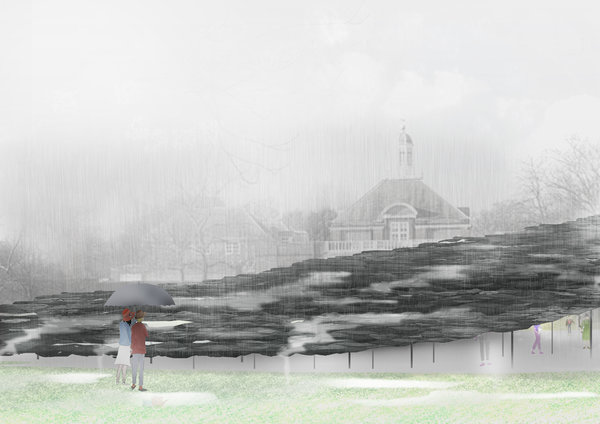 Mr. Ishigami, 44, said in a statement that his design featured slates arranged into a canopy that appeared to grow out of the ground, “resembling a hill made out of rocks.”

The structure would have the weighty presence of slate, he said, while “simultaneously appearing so light it could blow away in the breeze.” It would look “like a billowing piece of fabric,” he added.

Mr. Ishigami started his architectural practice in Tokyo in 2004 and has drawn praise for his dreamlike structures. In 2010, he won the main prize at the Venice Biennale of Architecture for an installation called “Architecture as Air.” Felix Burrichter wrote in The New York Times that the work “serves as a reminder that one has to be able to dream in order to find solutions for the very real architectural concerns of today.”

Oliver Wainwright, writing in The Guardian after the Serpentine commission was announced, said Mr. Ishigami was “a magician of materials, an architectural alchemist who seems able to bend the laws of physics with his surreal, poetic work.”

Mr. Ishigami’s selection is the fourth time that Japanese architects have been involved with the pavilion commission since Zaha Hadid’s inaugural effort in 2000.

Others to have designed the pavilion include Frank Gehry, Rem Koolhaas and, last year, the Mexican architect Frida Escobedo.