YATED, Israel (Reuters) – The clang of hammer on metal and the roar of a blowtorch can be heard long before you walk into Israeli metal sculptor Yaron Bob’s workshop. 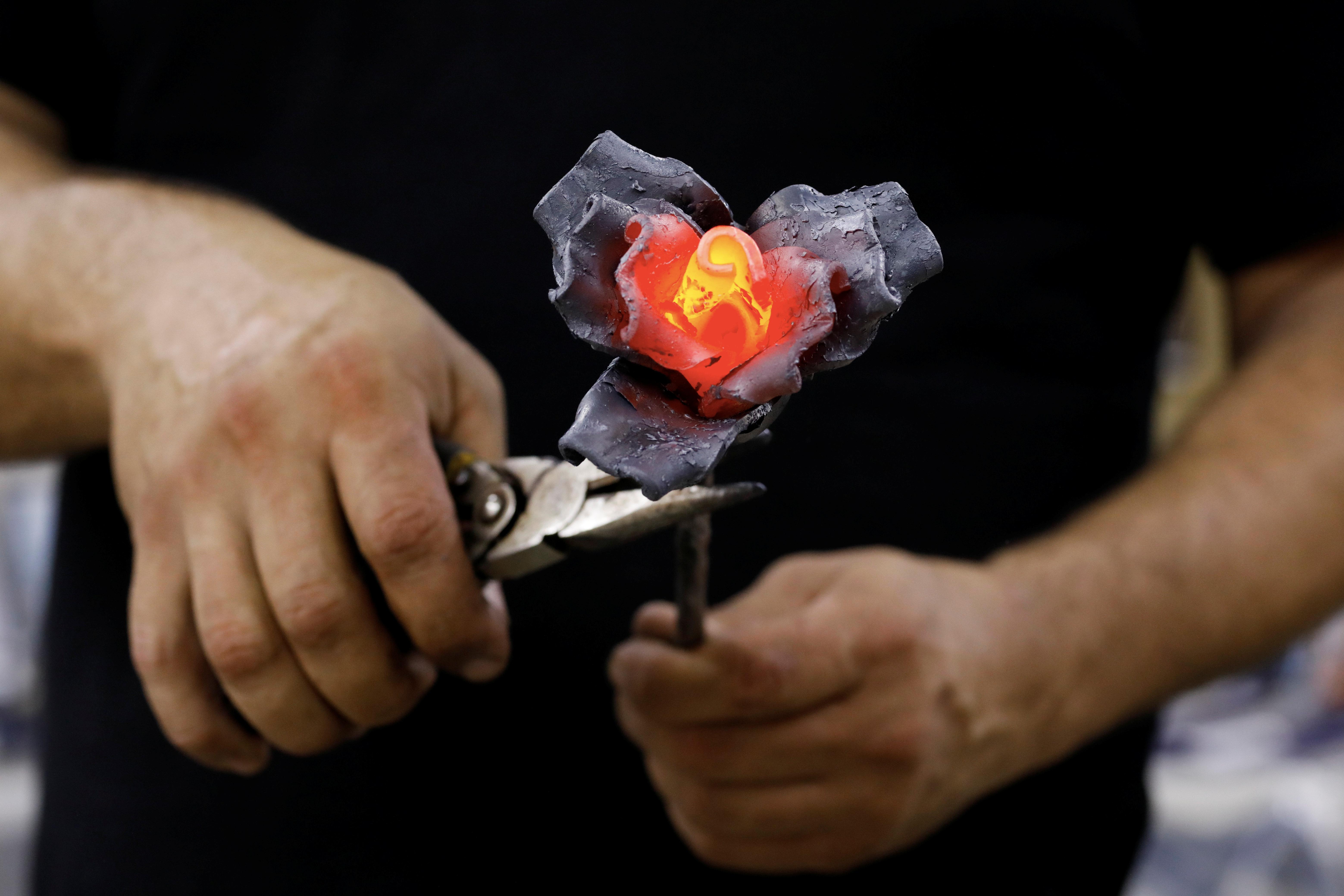 Featured prominently in his workshop is a quotation from the Book of Isaiah: “And they shall beat their swords into plowshares”.

Bob is doing something close to that in his studio in Yated, an agricultural community near the border where Israel, Gaza and Egypt meet.

His raw material is rockets and mortar shells fired into Israel by Palestinian militants from Gaza, just 4 km (2.5 miles) away.

The twisted shrapnel is dropped off at his smithy by police and Bob, 47, crafts artwork and religious symbols from the metal, selling his creations in Israel and abroad.

In the run-up to the Jewish holiday of Hanukkah, he was busy crafting a monumental hanukkiyah, a candlestick with nine branches that is used during the eight-day festival that starts this year at sundown on Sunday.

Also known as the Festival of Lights, Hanukkah commemorates the 2nd century BC victory of Judah Maccabee and his followers in a revolt in Judea against armies of the Seleucid Empire.

Light is key to the holiday because, Jewish tradition says, the Maccabees found only enough ritually pure oil to fuel a ceremonial lamp in the temple in Jerusalem for one day, but it burned for eight days.

Bob also makes the seven-branched menorah, a symbol that appears on the emblem of the State of Israel.

Israel and Gaza militants have fought three wars in the past 10 years, and violence occasionally erupts along the frontier.

This year alone, more than 230 Palestinians have been killed by Israeli troops and two Israeli soldiers and one Palestinian killed by Hamas militants either in border protests or conflict.

Israel maintains tight control of the enclave’s land, air and sea borders while the wider Israeli-Palestinian peace process has been stalled for several years.

But the skies have been empty of rockets and missiles since a flare-up in mid-November in which more than 400 projectiles were fired from Gaza and Israel mounted dozens of air strikes.

“We have only between 10 to 15 seconds to run for shelter, so every millisecond counts, and because of that we are in anxiety,” Bob said.