BERLIN — In a rehearsal room at the State Opera in Berlin, a few weeks before the opening of the company’s first new production of Mozart’s “Die Zauberflöte” (“The Magic Flute”) in 25 years, pleasant anarchy reigned. The director, Yuval Sharon, giggled, skipped over a set piece, and untangled some ropes dangling from the ceiling. Dancers stretched and laughed.

Florian Teichtmeister, the Austrian stage and television actor who has been drafted as Papageno, his first operatic role, had just run through his mock-suicide scene with Lotte Lenya-style speak-singing and a sad clown’s face. He turned to the conductor, Alondra de la Parra, and began to apologize: “I know I couldn’t hold a tune if —.”

“Stop it!,” she interrupted him, with a smile. “Focus on the diction. But you’re in pitch, you’re very musical. You’re going to be great.”

Relieved, he took a drink of water, and Mr. Sharon — who runs the Industry, an experimental opera company in Los Angeles, and who last year became the first American to direct at the Bayreuth Wagner Festival in Germany — strolled over to discuss the suicide scene with Ms. de la Parra. “This is the part I can never explain to my son,” she said. 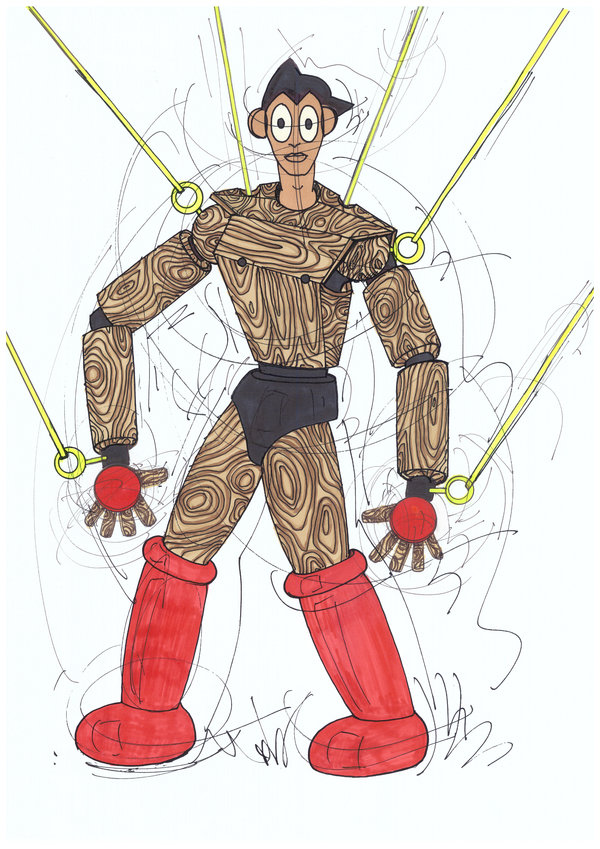 “It’s a game,” Mr. Sharon said. “But suddenly the game is deadly serious.”

The game of presenting a new production of “Die Zauberflöte” is deadly serious, indeed — especially in Germany, where the piece is particularly beloved and performed dozens of times annually in virtually all the country’s plethora of opera houses. Many families make annual pilgrimages to see the State Opera’s storybook 1994 “Zauberflöte,” directed by August Everding using sets and costumes based on 1816 designs by the architect Karl Friedrich Schinkel. (Schinkel, a local hero, also designed many of the buildings surrounding the company’s theater.)

For this reason, the company’s new general manager, Mathias Schulz, decided to keep the old production in its repertory and run it alongside Mr. Sharon’s new one, which has been given a gloriously magical infusion of marionette theater and flying effects. The new staging opens Feb. 17 and runs through March 16, and the old one returns for four performances, with a different cast, at the end of April.

It’s as if the Metropolitan Opera were to offer a fresh staging of “La Bohème” and then trot out its classic Zeffirelli production a month later. While opera houses will sometimes keep old sets and costumes in storage in case a new production turns out to be a disaster, it is highly unusual for a new show to be introduced with the explicit understanding that it will be presented alongside its predecessor.

“With Schinkel there is a historic link that’s very important for this institution,” Mr. Schulz said in an interview. “At the same time, there is the possibility to show that different approaches and different concepts are valid.”

Mr. Sharon’s first response was concern, he said of the plans to keep the old version around: “As though the optics of this were that they don’t trust that this is going to work, so they’re holding the other one in reserve. But I learned that was 100 percent not the case.”

In fact, he added, knowing that the house will keep the Everding production — which is easy to revive with star singers who might not have time for the weeks of rehearsal needed to make the flying work safely — enabled him to realize his vision unimpeded.

“I don’t think any theater would allow me to do this if it was meant to be the standard repertoire version they bring out every year for 20 performances,” he said, adding that the old production “is such a part of the spirit of the house that I understand why they wouldn’t want to let it go.”

The soprano Anna Prohaska started her “Flute” career at the State Opera as Papagena in the Everding production before graduating to Pamina, which she will play in the premiere of Mr. Sharon’s show. “The Everding production is beautiful for the freedom it gives to singers,” she said in an interview, but she ribbed how traditional it is: “It’s a little bit patriarchy-washed.”

If asked to return to the old production, she added, she’d attempt to integrate the rich characterization of Pamina she’s developed over weeks of work with Mr. Sharon. “The great thing about all this flying and this acrobatics and athletics,” she said, “is that you actually forget your nervousness about singing because you’re so focused on everything else.”

With three major opera houses in Berlin, the new staging will therefore be the fourth version in a single city. In such a crowded market, how do you reinterpret a classic opera with fresh eyes?

“I wanted to bring the piece to life in a new way without feeling like it gets suffocated through my narrow view,” Mr. Sharon said. He identified two main challenges. First, “Zauberflöte” has surprisingly large quantities of spoken dialogue, which in the mouths of non-acting singers can quickly become deadly. Second, he said, “it needs to have an almost childlike sense of wonder and also a sense of philosophical depth, because the productions that favor one or the other always feel like they’re only telling half the story.”

Marionette theater occurred to Mr. Sharon as a general solution. The singers will sometimes be strapped into flying harnesses and sometimes move freely around the stage, but always be attached to visible ropes, as though they’re being manipulated by invisible child puppeteers. The costumes, by the Belgian avant-garde fashion designer Walter van Beirendonck, and the sets, by Mimi Lien, who won a Tony Award for “Natasha, Pierre & the Great Comet of 1812,” allude to both the Mozartean marionettes of Salzburg, Austria, and the Bauhaus-era ballets of Oskar Schlemmer.

The dialogues will be replaced by the recorded voices of child actors. The magic — just like the magic flute — will be provided by Mozart’s music: While the singers will move jerkily and expressionlessly through the spoken dialogue, they will come to life, move freely, and sing with their own voices during the music.

The one exception will be Papageno, who, content in his role as a puppet, will always move fluidly and speak with his own voice. Mr. Teichtmeister is following the tradition of the 1791 premiere, in which Papageno was played by Mozart’s librettist, Emanuel Schikaneder.

A third set of problems with “Die Zauberflöte” seems more and more glaring: the specters of racism and misogyny. Audiences are offered no reason other than distrust of powerful women to believe the first-act switcheroo that reveals that the Queen of the Night, first presented as the hero’s savior, is evil, and that the slave-owning magician Sarastro is genuinely devoted to the search for love and light. Sarastro’s slave Monostatos is black, and his blackness is presented as the reason for his lust, sloth and rage.

For Mr. Sharon, it was important not to ignore these parts of the piece, but to point out the ways in which the opera’s overarching message — in his view one of universal liberation, in which the puppets’ move toward self-awareness mirrors the human search for free will and a consciously, collectively shaped future — overcomes its blind spots. The only change to the dialogue, other than shortening some of the longer sections, will be the addition of comments from the voices of the children playing with the puppets, critiquing the racialized characterization of Monostatos.

“There are these critical moments,” Mr. Sharon said, “where they stop and question it and say, ‘Well, why are we telling this story?’ and saying, ‘This doesn’t seem right, you don’t tell stories like this today, why are we telling ourselves this story?’ And I think finally one of them says, ‘Well, this must be a very, very old text.’ So then it just becomes part of the play, but it’s not a comfortable part of the play.”

Crucially, in Mr. Sharon’s interpretation of the piece’s final trials, which induct Tamino and Pamina into Sarastro’s masonic order, it will be Pamina who leads the transformation. Having spent the opera gradually developing self-awareness as a puppet, she will show Tamino that he is attached to strings, show him how to remove them, and then learn with him how to walk unaided.

After the conductor Franz Welser-Möst, who originally suggested Mr. Sharon for the production, dropped out three weeks before the premiere because of urgently needed knee surgery, Ms. de la Parra was given the task of coordinating flying singers and coaching an actor unfamiliar with opera through one of the piece’s central roles.

“We all need a medium, a therapist and a masseur,” she said in an interview. But she seemed game. Asked if she was challenged by the flying, she showed a video on her phone from rehearsals for a recent, also acrobatic, staging she led of Mozart’s rarity “Thamos, King of Egypt.” Eager to find out what the singers had to go through, she had herself strapped into a harness and hoisted high above the stage.

Ms. Prohaska, quick to stress the help of the flying team and Mr. Sharon, mentioned one entrance in which she will descend from above while the stage floor is dropped to the basement level, leaving her dangling almost 60 feet above the nearest surface for one nerve-racking moment.

“I’ve been reading in the middle of the night about falls, even though I shouldn’t,” she said. “And I found a story about a stewardess for a Serbian airline in the 1970s who fell 10,000 meters and could still walk. So I figure, O.K., I’ll probably survive.”