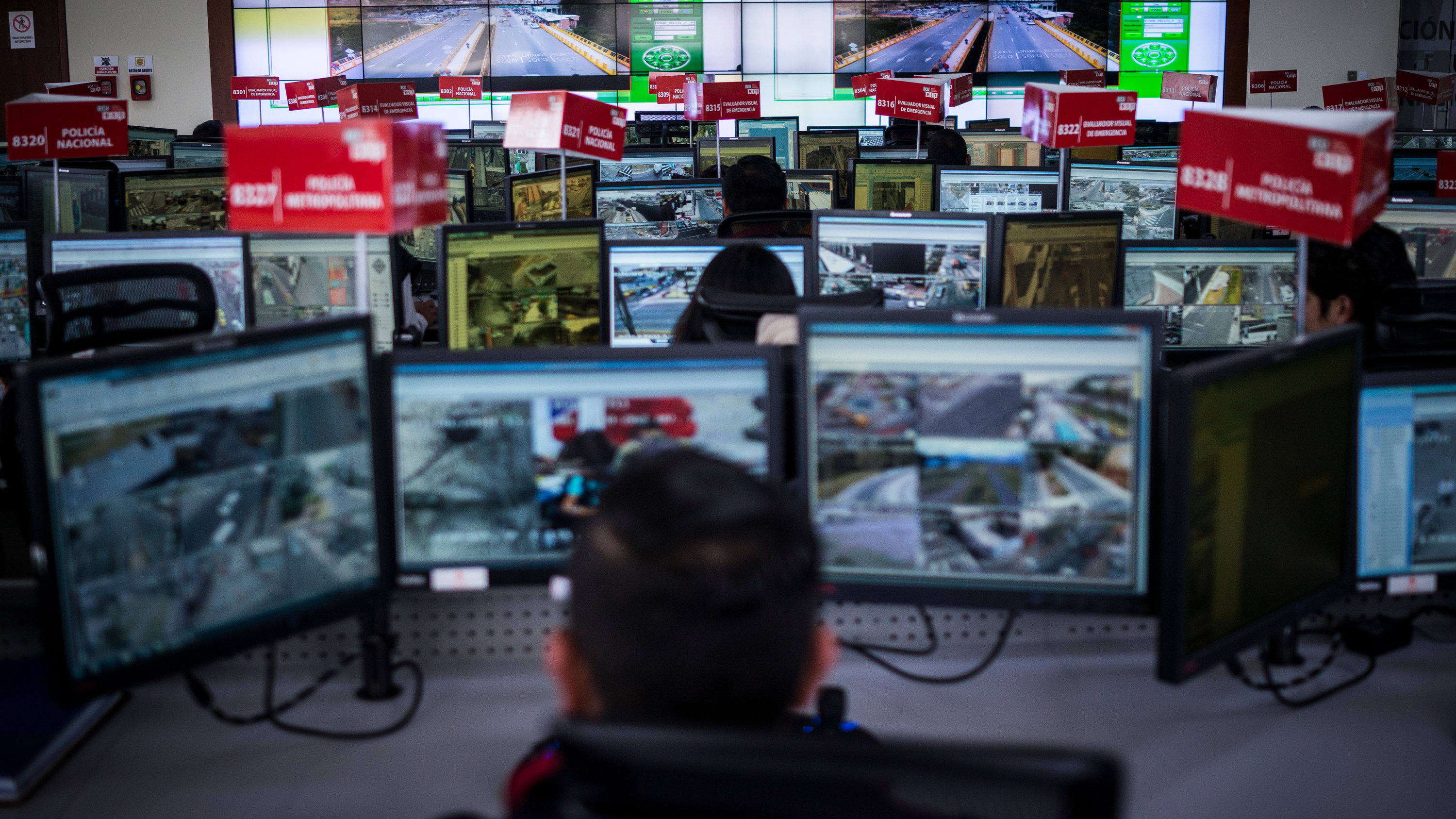 We were in a secret unmarked bunker built into the side of the Ecuadorean Andes.

Feared among activists, journalists and political opponents, Senain was widely accused of spying, overreach and ideological and political intimidation and repression.

We were in Ecuador reporting on ECU-911, a Chinese-made surveillance system that had been installed across the country. Both ECU-911 and Senain were put in place by Rafael Correa, a former leader of Ecuador who had an authoritarian bent.

There are thousands of ECU-911 cameras in Ecuador. They all feed into a few centralized surveillance rooms, where dispatchers from multiple agencies view the footage in real time. Those dispatchers help direct police officers on the ground to catch criminals, and emergency medical workers to react in emergencies.

Officials told us the system was directly responsible for a massive drop in crime across the country. But activists, political dissenters and journalists had a different story. They said the system was also used for spying. 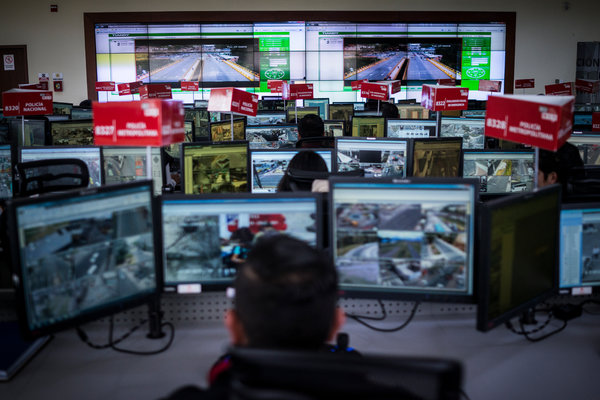 After a week of hearing these two very different narratives, we landed an extremely rare interview with the country’s intelligence chief, Col. Jorge Costa, who was the head of Senain at the time.

We were in the mountains outside the capital, Quito. A van-sized, unmarked metal wall built into the mountain slowly opened to reveal the hidden intelligence bunker, and guards brought us into a small room.

We planned to interview Col. Costa for our documentary and story. Senain had carefully orchestrated the entire affair. Every member of our party had a name tag marking where we were supposed to sit. We were not allowed to film or to go anywhere else but this single room. We could not use our phones to take pictures either.

From an aesthetic point of view, the room was a disaster: It was very small, with loud air conditioning, an enormous table that took up the entire space, and the type of office lighting that makes everyone squint. And worst of all, there was a wall directly behind our subject, creating a lack of depth that I typically try to avoid.

And nothing was negotiable. The tension in the room was palpable, and the clock was ticking. It was a video journalist’s worst nightmare.

But it was a big interview, so I accepted my fate and tried to make it work as best as I could, starting by trying to turn off their air conditioning and lights so I could use my own. This is where camera people can get a little nosy; often, we’ll start pushing any buttons or switches we can see on the walls to optimize the lighting.

But one of those switches was not what it seemed.

It looked like a standard dimmer switch. However, this dimmer didn’t connect to a light. When I pushed it, the wall behind our subject — which I had no reason to believe wasn’t a normal wall — went transparent. It was frosted glass, and this dimmer controlled the level of opacity. I realized we were looking into a room filled with dozens of large monitors, and intelligence officers who were watching the screens.

My heart skipped a beat.

The room we were in was actually overlooking a surveillance center. But with the frost level up you would have no idea.

I was immediately told the frost had to stay on. And a negotiation started.

I told them the interview would look better if the wall wasn’t there. To quell their fears, I told them I would make the background out of focus. I even let them look into the camera so they could see how blurry the background would be.

After much back and forth, they eventually agreed. After all, it looked better.

But soon thereafter, the very thing they had been trying to hide became obvious to those of us sitting on this side of the room, staring at the monitors on the other side of the glass. Feeds from the ECU-911 cameras — which they claimed not to have access to — were clearly streaming right in front of us on some of the TVs. And there was no way for them to deny it anymore.

The discovery allowed us to make a connection between the activists’ claims and the agency, and to conclude that the public wasn’t being told the entire story of how the public security cameras were being used.

A lot of people have asked me: Why did they let you in at all?

An enormous confluence of events had to occur for this reporting to come through. And it all started in China. The reporters on this trip — Paul Mozur, Melissa Chan and me — all live or have lived in China. And we would have loved to peek behind the surveillance curtain there. But in China, there would be no chance that a government intelligence agency would ever allow us in. Not being able to gain access there planted a seed: We wanted to see what happened when this technology was exported. Did authoritarianism come with it?

If we had been in Ecuador two years earlier, they wouldn’t have allowed us in either. Under Rafael Correa, we might not even have gotten visas to enter the country. But a shift had occurred; the autocratic leader had been replaced by a more democratic government led by Lenin Moreno.

Perhaps in a symbol of change and transparency, the government opened its doors to The Times — to demonstrate that the country had changed.

And the country has changed. But our reporting showed that even as leaders come and go, their legacies live on.

Jonah M. Kessel is the Director of Cinematography at The New York Times. He manages a team of cinematographers and the aesthetic of Times video. His own video journalism focuses on human rights and global affairs to show how policy affects real people around the world. @jonah_kessel • Facebook