When you buy through our links, we may earn money from our affiliate partners. Learn more.

Whether you're interested in watching Tom Brady whip the pigskin in his new Florida digs, checking out how professional football looks in Las Vegas, or you happen to be a fool like me still holding out hopes that the Detroit Lions can win a Super Bowl (cue the uproarious and hurtful laughter), you can use at least one of the methods outlined below to watch the 2020 NFL season.

With that said, the right NFL streaming option for you will vary depending on your fandom priorities. Basically, the games are spread across five primary networks: ESPN, NBC, Fox, CBS, and the NFL Network. Your location also determines which games get aired on your local stations.

To help ensure you get access to all the games you'd like to watch, we've broken down the ins and outs of watching the NFL without a cable subscription.

Updated on 9/10/2020 by Steven Cohen: Added details about NFL games streaming on CBS All Access.

How to watch live NFL games without cable

The 2020 NFL season will kick off on September 10 with a Thursday night game between the Houston Texans and Kansas City Chiefs on NBC.

You can access many of these channels without a cable subscription via several streaming services, like Hulu + Live TV, Sling TV, FuboTV, YouTube TV, CBS All Access, and NFL Sunday Ticket. Additionally, some services offer NFL RedZone as an add-on for fans who want to watch all the best action from across the league simultaneously rather than sit through one game. If you want to watch games on your local stations without cable, you can also opt for an HDTV antenna.

Depending on the service, you can stream through smart TVs, game consoles, and streaming devices, like Apple TV, Roku, and Amazon Fire TV. Some platforms can also be streamed on-the-go via smartphones, laptops, and tablets.

Here's how you can stream all the NFL content you want without signing up for a traditional cable subscription.

You can purchase an antenna, like this Dynex model, to add to your TV for under $10, giving you access to local channels within a certain distance.

Hooking up an HD antenna to your TV gives you access to local over-the-air (OTA) signals in your location. This means that you will be able to access the local affiliates of major broadcast networks, like Fox, CBS, and NBC.

This lets you watch all the regional games broadcast from wherever you're located. You also get the Sunday Night Football matchup that airs on NBC. Because it's only a one-time payment, this is a great option if you're solely interested in watching the team in your area. However, you will not get access to any out-of-market games or games that air on ESPN or the NFL Network. 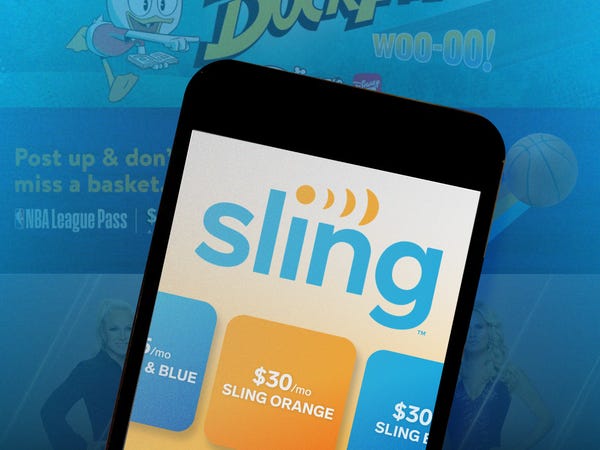 If you're looking for a live TV streaming service to watch football, Sling TV is a great budget option that gives you most of the channels you need at a cheaper price than Hulu or FuboTV. There are three different plans, depending on what channels you prioritize. Sling Orange and Sling Blue each cost $30 per month, while the combined Sling Orange + Blue plan costs $45 per month.

Sling Orange has ESPN, while Sling Blue has Fox and NBC in select markets. CBS is not currently offered by Sling. While there is a Sports Extra package, it does not include any channels that air live NFL games.

Your best bet to get access to the most NFL games via Sling is to sign up for the Sling Orange + Blue plan and cash in on Sling's current promotional offer of a free antenna for local channels. The free antenna requires that you prepay for two months of the Sling service.

If you don't want it all, you can just sign up for Sling Blue to gain access to Sunday afternoon games on Fox and Sunday Night Football games on NBC, or just Sling Orange to gain access to Monday Night games on ESPN, in addition to the local offerings included with the antenna. As with all streaming services, game availability is subject to blackouts.

With Sling's channel listings and the fact that they provide a free antenna, you can gain access to all local channels and ESPN, making it one of the most cost-effective ways to tune in to the NFL. However, there is not currently a way to add NFL Redzone or the NFL Network to your Sling TV package. 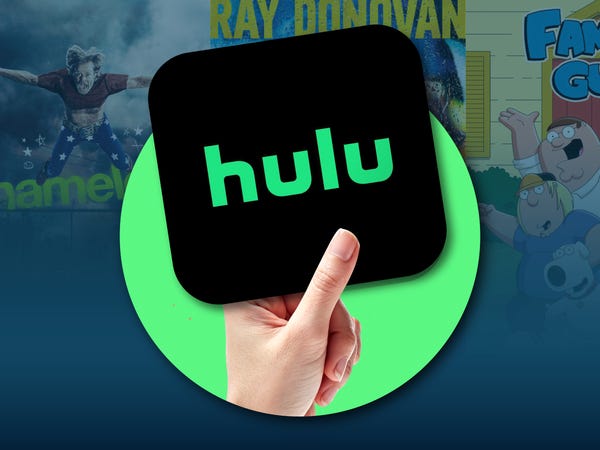 In addition to all of its other offerings, Hulu + Live TV has nearly everything you need to stream NFL games for $54.99 per month. However, like Sling TV, there's no option to add the NFL Network or NFL RedZone as a channel, which could be a deal-breaker if you're hoping to watch and monitor action across the league.

Like an HD antenna, Hulu + Live TV gets you access to all the local affiliates of the major broadcasts, meaning Fox, CBS, and NBC. These will show the games that are within your regional broadcast map with the exception of any blackouts. In addition, you also get ESPN, which gives you access to all Monday Night Football games, and some of the best NFL coverage and analysis on TV.

While you don't get access to watch out-of-network games from across the country like you do with NFL RedZone or NFL Sunday Ticket, this is a comprehensive way to tune into most locally and nationally televised games. Hulu does not offer a way to watch the first three regular Thursday Night Football games, however, since those will be aired on NFL Network. 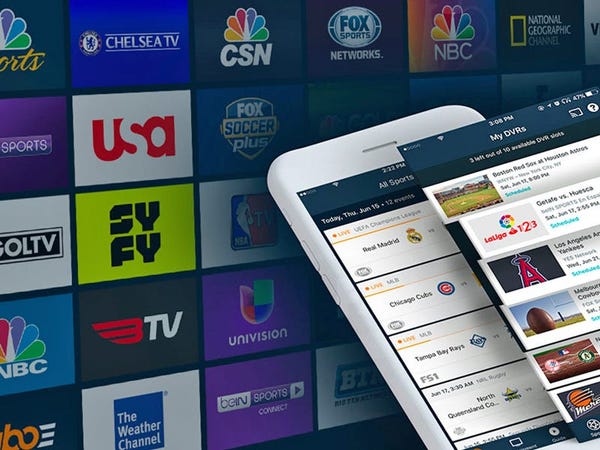 At $64.99 per month for the Family Plan, FuboTV is one of the most comprehensive yet expensive live streaming options for NFL football. You can also spend an extra $10.99 per month to add the Sports Plus with NFL RedZone package or sign up for the Ultra Plan, which includes NFL Redzone and several other extra channels, for $84.99 per month. 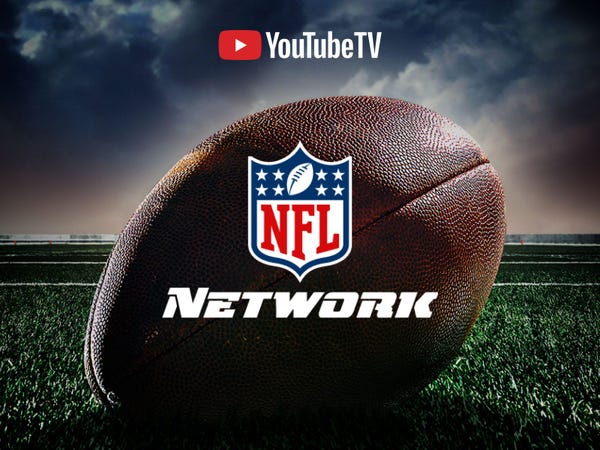 With a base price of $64.99 per month, YouTube TV is another service that offers access to most NFL games. Additionally, the service just announced an agreement with the NFL to offer NFL Redzone as an add-on included in their Sports Plus package for an additional $10.99 per month.

Like other services at this price range, YouTube TV offers access to all the local channels you need to watch NFL games, including CBS, Fox, and NBC. YouTube TV also offers ESPN and NFL Network in their base package, so you'll be able to watch all Monday Night Football and Thursday Night Football games. And with the news of the new Sports Plus package, you can also watch NFL Redzone for an additional $10.99 per month. 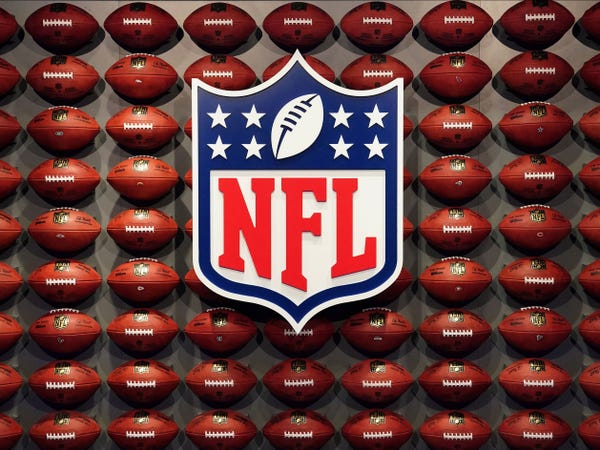 NFL Sunday Ticket used to only be available with a cable subscription, but NFL fans in non-DirecTV markets anywhere in the country can now gain access to every Sunday afternoon game.

Both plans give you access to all out-of-market Sunday afternoon games. This means that you do not get access to Thursday, Sunday, or Monday night games. You also won't be able to stream locally televised games with only an NFL Sunday Ticket subscription. However, this is the only way for people hoping to watch full live games of their favorite teams out of market. A fun feature included in both plans is that you can watch four games at once on your screen.

In addition to the normal features, NFL Sunday Ticket Max adds in NFL RedZone and the DirecTV Fantasy Zone, which is a new channel solely dedicated watching games through the lens of fantasy football. 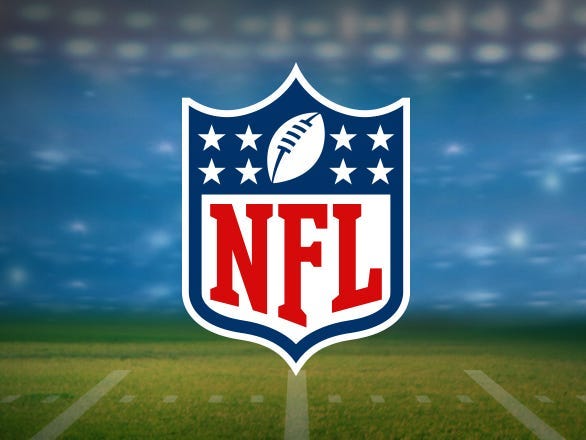 If you're just interested in watching locally televised AFC home games, then a CBS All Access subscription could be all you need. The service lets you stream live CBS television, as well as a growing library of on-demand shows and exclusive titles. CBS All Access is available for $5.99 a month with commercials or $9.99 a month with ad-free streaming. With that said, all live broadcasts, including NFL games, still feature commercials with the ad-free plan.

CBS All Access offers live streaming for every NFL game that airs on the regular CBS channel in your local market. However, since CBS All Access only offers CBS content you won't be able to watch any games that air on other networks or any out of market matches. You can see a full schedule of NFL games set to air on CBS here. 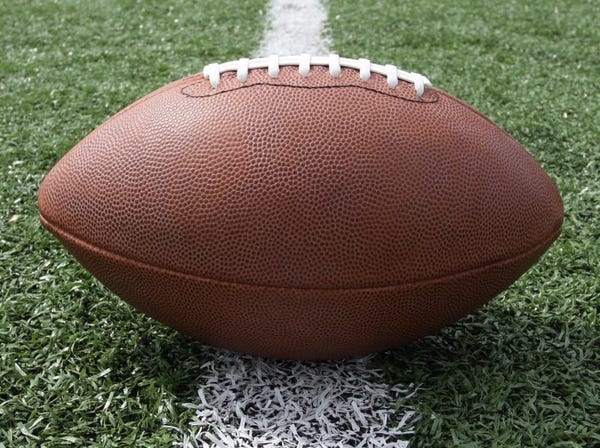 Amazon Prime Video will stream 11 Thursday Night Football games staring the week of October 8. These game will also be broadcast on NFL Network and Fox. Since Amazon won't be streaming any additional games, Prime Video on its own is really only suitable for very casual football fans who just want to stream a few games this season.

You can purchase syndication rights to this story here.

Disclosure: This post is brought to you by the Insider Reviews team. We highlight products and services you might find interesting. If you buy them, we get a small share of the revenue from the sale from our commerce partners. We frequently receive products free of charge from manufacturers to test. This does not drive our decision as to whether or not a product is featured or recommended. We operate independently from our advertising sales team. We welcome your feedback. Email us at [email protected]