On June 1, 2018, a 20-year-old medic named Rouzan al-Najjar was killed by Israeli gunfire while she was volunteering on a protest field less than a mile from her home in Khuzaa, Gaza Strip. She was the latest casualty in a wave of protests this year in Gaza that often culminated in violence near the boundary fence with Israel.

My colleagues Yousur Al-Hlou and Neil Collier had met Rouzan during a reporting trip three weeks earlier and were struck by her charisma and her determination to help the injured. We felt duty bound to investigate her death — and, along with The Times’s Jerusalem bureau chief, David M. Halbfinger, spent five months doing so. We interviewed more than 60 people (witnesses, family members, friends, teachers, acquaintances, members of the Israeli army, and medical, legal and ballistics experts). 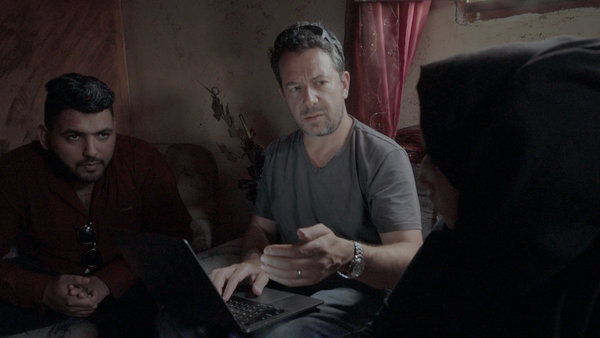 On the day Rouzan was killed, David went to Khuzaa to talk with her family and medics on her team, and Yousur and I began to gather video evidence, to piece together what happened. Our goal was to freeze that fatal moment in time and find out why that shot was taken.

We discovered that most of the day was documented in pictures by journalists, protesters, medics and bystanders taking selfies. Over months of reporting from New York and Gaza, we collected more than 1,000 videos and photographs directly from the cellphones and cameras of more than 30 key witnesses. Getting the original pictures gave us file metadata — information that allowed us to verify the authenticity of the footage and to arrange clips in the order in which they were taken.

At least that’s what we thought. We realized that some pictures were out of sequence because the time was incorrectly set on several cameras. So we compared each device against an accurate clock to recalibrate the metadata and create a precise tick-tock of events.

We laid out hours of footage minute by minute, and were able to triangulate moments from multiple angles, including the fatal shot: Six cameras captured that moment.

We made several trips to Gaza. Complicating matters on the ground was the Israeli closure policy, which makes crossing in and out of Gaza impossible from Thursday at 3:30 p.m. to Sunday at 7:30 a.m. On a hunch, David raced to meet a couple of Rouzan’s former high school teachers at noon on a Thursday, one eye on the clock. He learned from them, for the first time, of how Rouzan had testified against her own grandmother in a homicide case in which members of her family had sought to keep quiet.

Our next step was to map out the protest field. We circled it using high-definition drone cameras and partnered with the British research agency Forensic Architecture to create a 3D model using photogrammetry software. Nicholas Masterson, a researcher at the agency, used every frame of the photos and videos we collected to precisely sketch out where people and objects were on June 1. He positioned the Israel Defense Forces soldiers, their jeeps, a sniper’s bunker and sand berms used by soldiers on the Israeli side of the fence. Mr. Masterson and our colleague in Times Video, Tim Chaffee, painstakingly plotted the positions of cameras filming on the Gaza side into the model; inserted the medics, protesters and bystanders at key moments; and reconstructed that deadly scene.

The bullet hit two medics and sprayed a third with shrapnel and debris. Having accurately calculated their positions, we drew a line through them and retraced the bullet to sand berms where Israeli snipers had taken up position minutes before the fatal shot. One of the medics, Mohammed Shafee, was sprayed in the chest and pelvic area by debris and shrapnel from the bullet. Videos confirmed that at the moment of the shot he was facing the fence. So the bullet had to have come from the Israeli side, not from behind Mr. Shafee.

A senior Israeli commander told David that soldiers shot four protesters in Khuzaa on June 1. He gave specific details: the minute each protester was shot, what they were wearing and that they were acting violently. We had uninterrupted footage extending over this period, and confirmed that four shots were fired at the times the commander said they were. We also identified the first, third and fourth targets. But we determined that the Israel Defense Forces’ account of the second shot — fired at 6:31 p.m. — is inaccurate. Critically, this is the shot that killed Rouzan.

The Israel Defense Forces’ rules of engagement are secret, but Lt. Col. Jonathan Conricus, a military spokesman, told us that its soldiers only target protesters who are posing a violent threat, like “cutting the fence, throwing grenades.”

The Israeli military maintains that the 6:31 p.m. shot targeted and hit a protester wearing a yellow shirt who was throwing stones and pulling at the coils of barbed wire laid out 40 yards from the security fence. We identified several men and boys wearing yellow shirts that day. Only one was near the direction of fire. From several videos, we could determine that he was standing around 120 yards from the fence and that he did not appear to be protesting violently in the minutes leading up to the shot. Indeed, we didn’t see any violent protesting in that area in the minutes before the fatal gunshot, suggesting that the shot contravened the Israeli military’s own rules about targeting protesters. What’s more, behind the target was a group of bystanders and medics in white coats. Former snipers in the United States Army and the Israel Defense Forces told us that, without a backstop, it was a reckless shot to take.

The bullet missed and hit the ground a few yards in front of the medics. Michael Knox, a forensic ballistics investigator, told us that the type of bullet used by the Israeli sniper could skim like a stone off the rocky soil. When it hits soil at a low angle, it pushes the soil ahead of it into a miniature ramp and projects itself up and out of the ground. Mohammed Shafee was hit in the torso with shrapnel. The bullet grazed Rami Abo Jazar’s thigh and continued its upward trajectory to pierce Rouzan just above her chest, severing her aorta.

Traditional reporting in Gaza was critical to bolstering the forensic analysis. We reviewed the video with the witnesses whom we and our Gazan colleague, Iyad Abuheweila, identified in the footage. We studied autopsy reports and interviewed the doctors who tried to save Rouzan. We read Supreme Court petitions and judgments, and talked with international legal experts about the rules governing the use of live fire.

Though Israel claims Rouzan’s killing was unintentional, our investigation shows that her shooting appears to have been reckless at best, and possibly a war crime, for which no one has yet been punished. During our reporting we learned that by August, 60 to 70 Gaza protesters had been killed “unintentionally.” Yet the Israeli army’s rules of engagement remain unchanged, the military says. What’s certain is that Rouzan’s was an innocent life needlessly taken. 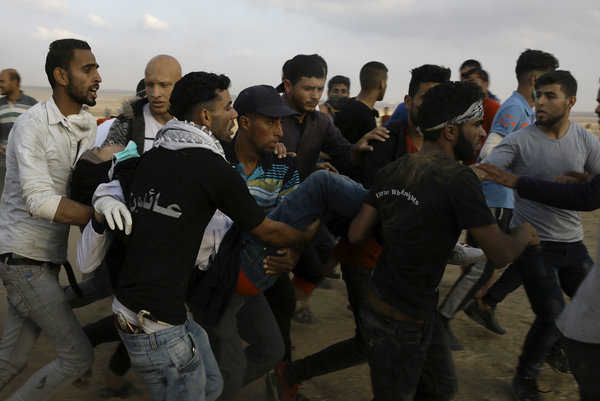 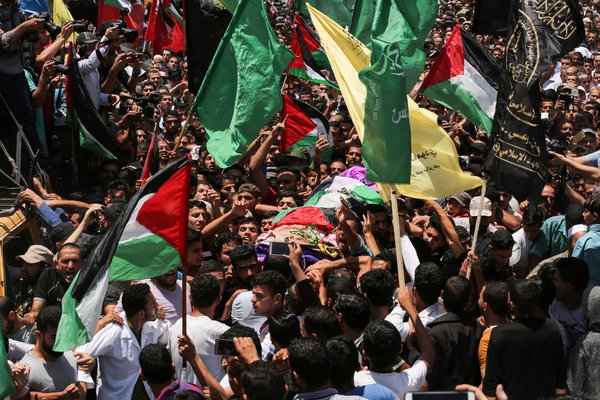 Malachy Browne is a senior story producer. He specializes in social journalism with a focus on international reporting and breaking news. @malachybrowne • Facebook