LONDON — It was fun while it lasted.

The memories of Beyoncé, Victoria Beckham and others displaying a fascination over the summer with European old masters have faded. Auctions of such works have once again reverted to traditional type.

At least, that was the impression in London this week when Sotheby’s and Christie’s held their regular December sales of pre-Victorian art. The wall colors might have been different (black at Sotheby’s, blue at Christie’s), but these latest old master offerings — featuring a “Head of Christ” by Rembrandt, portraits by Anthony Van Dyck and Frans Hals, and landscapes by the Brueghel family — were put on show much the same way they have been for centuries.

“We’re the tortoise to contemporary art’s hare,” said Johnny Van Haeften, a London-based dealer in old masters. He acknowledged that collecting fashion had shifted toward more recent artworks, but added that old masters represented an alternative investment strategy. “It’s about preservation of capital, he said. “It’s safe, and people are realizing what good value they are.”

The idea that European old masters are relatively inexpensive and that as investments they stand the test of time better than contemporary works is a familiar refrain among those trying to sell historic art. The trouble is, old masters have become an unpredictable market.

It was certainly more hare than tortoise on Tuesday when Christie’s sold about 200 works of art and books from the collection of Rugby, a private school in England, for 14.8 million pounds with fees, or about $18.8 million. The auction included more than 100 old master drawings donated to Rugby in the 19th century by a former student there, the collector and antiquarian Matthew Holbeche Bloxam. 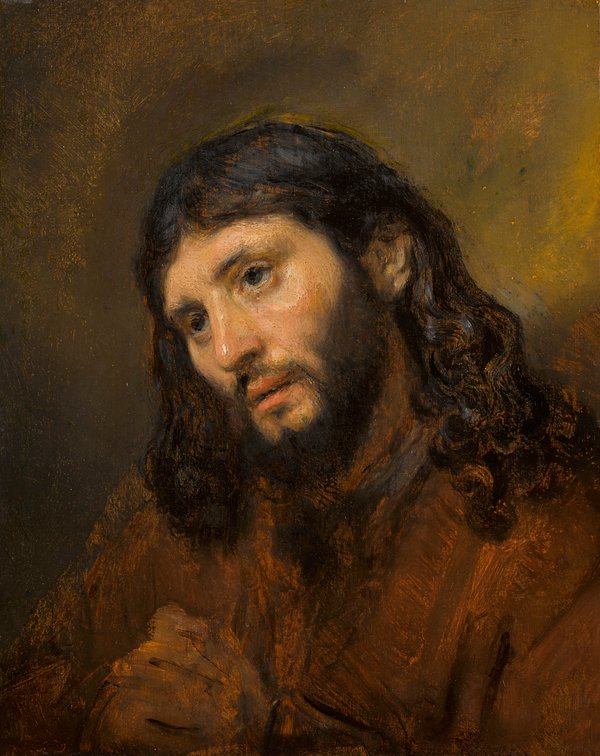 Among these was a rare early-16th-century black-chalk drawing of a fashionably dressed young man that scholars have identified as an autograph work by Lucas van Leyden, an influential Netherlandish artist whose engravings have been rated as highly as Durer’s.

Drawings by van Leyden had been all but unknown on the open market. Three bidders, all represented on the telephone, pushed the price of this discovery to £11.5 million, more than seven times the estimate. The price, given by a telephone buyer, was the third-highest ever achieved for an old master drawing at auction, according to Christie’s.

“If it’s AAA quality, prices don’t matter,” said Johan Bosch van Rosenthal, an Amsterdam-based art consultant, who represented a client during the early bidding. “It was the last chance to buy a drawing by this artist, unless there is another discovery.”

Even so, wasn’t almost $15 million quite a lot of money? “You can pay that for a bad Picasso,” Mr. Bosch van Rosenthal said. He was perhaps unaware that only two works on paper by Picasso have made more than that, according to the Artnet price database.

After centuries of trading, market-fresh “AAA” old masters are in chronically short supply, making competition all the more intense when they do appear. Apart from that van Leyden drawing, true museum-quality works were few and far between at this latest series of auctions.

Sotheby’s main old masters sale of 42 paintings Tuesday evening did, however, include a rediscovered oil on panel study of the “Head of Christ” by Rembrandt that had been in the same family collection since 1956. One of seven known studies, seemingly sketched from the same model starting in about 1648, it had recently been lent to the Rembrandthuis in Amsterdam.

Just 10 inches high, this religious sketch was not an obvious billionaire’s trophy. But helped by an upper-estimate bid of £8 million from a third-party guarantor, it attracted a price of £9.5 million with fees and went to Nicolas Joly, a Paris-based art agent.

The evening’s other major-name purchase was a portrait of Charles II as an 11-year-old Prince of Wales, one of the last works by Anthony Van Dyck. Made in 1641, the year before the English Civil War, it sold to Amparo Martinez-Russotto, curator at the Geneva-based commodities company Klesch Group, for £2.6 million, just above the low estimate.

Van Dyck, like Rembrandt, is no longer the force in the market he once was. Back in 1906, Van Dyck was the most expensive artist in the world, after the sale for $500,000 — equivalent to about $14 million today — of the artist’s portrait of the Marchesa Grimaldi Cattaneo.

Sotheby’s Van Dyck result was typical of the sale’s somewhat thin, within-estimate bidding, mainly from private collectors. Though the final total of £30.2 million was less than half what Sotheby’s achieved at its October contemporary sale, it was up 16 percent from the equivalent old master event a year ago.

This time round, Christie’s was able to offer the stronger selection of paintings, at least if you like 17th-century Dutch and Flemish art. The company’s Thursday evening sale began with 39 lots of pictures from the collection of Eric Albada Jelgersma, a Dutch businessman who died in June.

Mr. Jelgersma had classic taste and regularly bought big-ticket paintings from dealers who exhibit at the world’s biggest fair of old master art, Tefaf Maastricht. The commercial background of these paintings, as well as the general softness of the market for such Netherlandish art, didn’t encourage demand. Fourteen lots failed to sell.

But an impressive pair of Frans Hals portraits of an affluent 17th-century couple, which in recent years Mr. Jelgersma had unsuccessfully tried to sell, finally found a telephone buyer at £10 million. The price, equivalent to $12.7 million, seemed impressive enough for these two paintings, but was below the artist’s auction high of $14 million, given or a single portrait in 2008, according to Artnet.

Unlike contemporary art, old masters (as the terminology implies) also have the problem of being a rigid, male-dominated canon with limited opportunity for artists to be critically and commercially reassessed. But female painters are freshening the canon, helped by museums’ desire to rehabilitate marginalized talent.

The Jelgersma collection included a charming, modern-feeling painting of young revelers by the Dutch 17th-century painter Judith Leyster that sold for £1.8 million, a new auction high for the artist, to a single bid from Ms. Martinez-Russotto of the Klesch Group.

Demand at Christie’s 36-lot mixed owner sale of old masters that followed was also patchy, with a third of the lots failing to sell. The top performer here, and one of few works to attract multiple bidders, was Pieter Brueghel the Younger’s figure-packed canvas, “The Netherlandish Proverbs,” from about 1600, which sold to one of four telephone bidders for £6.3 million.

Offered from the estate of the New York collectors Herbert and Adele Klapper, it was one of nine versions derived from a celebrated painting by the artist’s father, Pieter Bruegel the Elder, currently the focus of a blockbuster retrospective at the Kunsthistorisches Museum in Vienna. As paintings by the father no longer appear on the market, collectors have had to shift toward copies by the son.

“There aren’t enough private bidders at auctions, or active dealers,” said James Bruce-Gardyne, a director at the London advisory firm Gurr Johns. “The market for Dutch masters has suffered, but there is demand for Flemish pictures.”

Major old master discoveries like the van Leyden run like hares. As for the rest, think tortoise.