Our TV critic recommends checking out an enchanting cartoon, a new British musical drama and a well-done crime documentary.

This weekend I have … a half-hour, and I want something darling. 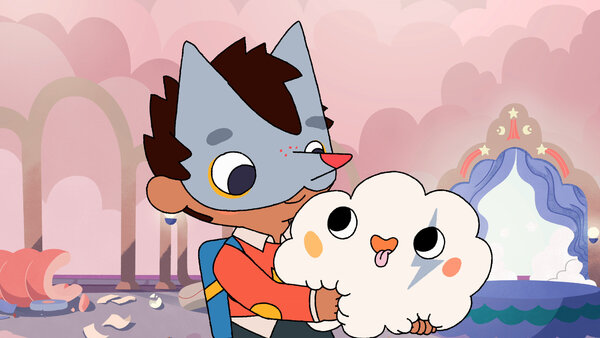 ‘Wolfboy and the Everything Factory’
When to watch: Now, on Apple TV+.

This sweetheart cartoon for young audiences looks and moves a lot like “Summer Camp Island” — children in mystical environments having adorable, affirming adventures. When William Wolfe discovers the Spryte realm, he becomes Wolfboy and learns how to create elements of the natural world with the aid of his sentient cloud pal, Floof. If you want a children’s show that is not screechy, or if your family is not quite ready to summit Mount “Adventure Time,” watch this. So far, there are two 10-episode seasons, but the show has not yet been renewed for a third.

…. an hour, and I want a documentary.

This four-part documentary series is textured and inquisitive in ways many of the current true-crime shows are not; it’s also leaner and more assured. “Spector” paints a full picture not only of a perpetrator — here, the music producer and convicted murderer Phil Spector — but also of his victim, the actress Lana Clarkson. Moments that would be eye-rollingly pat if they appeared in fiction are instead haunting here in their veracity, but the use of dinky re-enactment footage sometimes erodes the power in that contrast. A lot of shows right now are swimming in similar waters, but this one is actually good.

Nicôle Lecky created and stars in this musical drama as Sasha, an East London woman who just wants to put out her first EP. If only she could find the energy and resources to do it. But she is out of money, stalking her ex-boyfriend takes up an awful lot of time, and she is scrambling now that her stepfather is kicking her out of the house. Episodes weave together Sasha’s struggles and her songs, like a bleak, British “Crazy Ex-Girlfriend,” with an emphasis on the wobbly nightmarescape of social media influencers. If you like shows where young women in smeared makeup dejectedly behold themselves in club mirrors, watch this.