Film can set fashions (would trench coats have been as popular without Bogart?), send viewers shopping (see: action figures and trading cards) and popularize all sorts of music (the song “Ghostbusters” topped the charts).

But could it really help spur the recent revival of French Baroque music, and fuel the renewed interest in the viola da gamba, an instrument that had been rare since the 18th century?

It may sound improbable, but the 1991 Alain Corneau film “Tous les Matins du Monde,” starring Gérard Depardieu and featuring a soundtrack by the Catalan viol master Jordi Savall, did just that — in ways that continue to resonate more than a quarter of a century later.

“Young people were fascinated by the film,” recalled Mr. Savall, who is touring the movie’s music with Le Concert des Nations and will perform it on Thursday night at Carnegie Hall’s Zankel Hall. (The concert will be broadcast by WQXR.) “The movie reached people who would never go to a concert, especially a concert of Baroque music.”

The film was a phenomenon, racking up awards and drawing audiences around the globe. Its Louis XIV-era soundtrack scaled the charts in France, where it outsold all but Michael Jackson. And on the weekend of the film’s United States release, the album, featuring music by the Baroque composers Lully, Sainte-Colombe and Marais, sold more copies than Madonna’s “Erotica” at some New York stores, prompting one newspaper to ask: “Better than sex?”

It hit just as the French Baroque revival was beginning to flourish, thanks in large part to the pathbreaking productions of the conductor William Christie and the ensemble Les Arts Florissants, who were bringing long-neglected French masters back into vogue. But by reaching viewers beyond the concert hall, the film turned new audiences on to the poignant beauty of the viola da gamba, a fretted, bowed instrument played between the legs that had been popular during the Renaissance and Baroque eras.

For many players, makers and teachers of the viol, the success of “Tous les Matins du Monde” and its soundtrack was startling. And for some, it was life-changing.

Loren Ludwig was 15 and trying to figure out how to play the Bach cello suites on his electric guitar when he first heard the plaintive, mellow sound of the viol on a cassette of the movie’s soundtrack. “It was like nothing I’d heard before,” Mr. Ludwig recalled.

He soon began taking viol lessons, went on to study the instrument at the Oberlin Conservatory of Music. Now he plays with ensembles, including LeStrange Viols and ACRONYM. Along the way, he said, he had discovered that many of his viol-playing colleagues had also had formative experiences with the soundtrack. 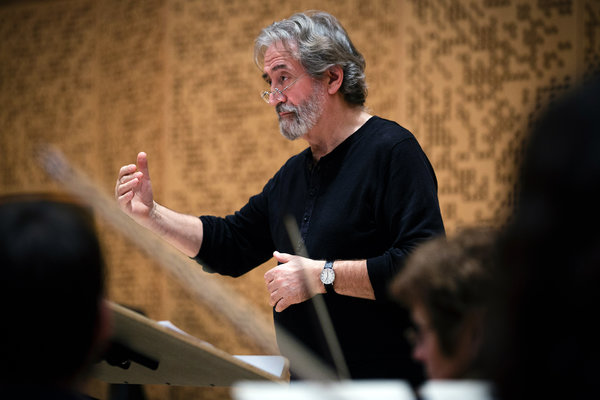 “It’s a little bit of a joke among viol players in my generation,” he said.

To say the film inspired a craze would be an overstatement; it was not “The Lego Movie,” a blockbuster selling an already-popular product. But it did have an impact that continues to be felt, said Charlie Ogle, who was already making viols when the film came out.

“I thought, ‘I’m going to sell a million instruments!’” he recalled in a telephone interview. “And then nothing, zippo. But maybe six months, a year later, somebody asked about an instrument, and told me that the movie had put them on to it. And then the next year, a couple. And since then, it’s been a significant, steady background influence.”

Viol players sometimes roll their eyes at the artistic liberties the film takes with the history of Marais and Sainte-Colombe, and Mr. Depardieu’s less-than-convincing miming of playing the instrument. But they recall new students signing up for their classes, new audiences showing up to their concerts, and the simple excitement of seeing their world celebrated.

“I was 35 and fairly early in my career, and I cheered when Marais led the orchestra, pounding on the floor with a staff,” said Lisa Terry, the president of the Viola da Gamba Society of America, which has more than a thousand members.

Even established musicians found it beneficial.

Mr. Christie, who is bringing Les Arts Florissants to the Brooklyn Academy of Music in early March for “Rameau, Maître à Danser,” a pairing of two of Rameau’s pastoral opera-ballets, said that the film had reached audiences beyond the regular concert-going public.

“Back in those days, I think for a musician who wanted to specialize in something like that, you needed all the help you could get,” Mr. Christie said in a telephone interview, adding that he had missed the film’s premiere because of an illness and never ended up seeing it, despite his longstanding admiration for Mr. Savall.

Mr. Savall recalled that, while recording the soundtrack, Mr. Corneau — the film’s director, who died in 2010 — would urge him to play the pieces not as he would in a concert, but as if he were Marin Marais during emotionally charged moments in the composer’s life.

“I was playing, for the first time, as an actor,” Mr. Savall said. “It was for me a lesson: For this I have said, many times, Alain Corneau was my last teacher.”

Asked why he thought the viol music struck such a nerve, Mr. Savall quoted the composer Couperin, who said that he preferred music that touched him to music that surprised him.

“We have today so many superficial things,” Mr. Savall said. “I think in life we need to be touched. Sometimes it’s also nice to be surprised. But the essential thing is to be touched.”