Close had been the best actress favorite for much of awards season, but it was Olivia Colman, of “The Favourite,” who clinched the win at Sunday night’s ceremony.

“Glenn Close, you’ve been my idol for so long,” Colman said in her acceptance speech. “This isn’t how I wanted it to be.”

Close, who resembled an Oscar statuette herself in a gold dress that weighed over 40 pounds, won a Golden Globe in January for her role in “The Wife.” In her emotional speech at the time, Close, who seemed surprised by her achievement, said: “It will have been 45 years in September that I am a working actress. And I cannot imagine a more wonderful life.” 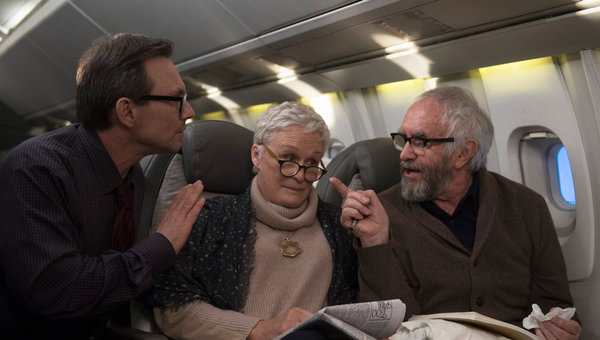 [Follow our live updates and analysis from the Oscars ceremony, and see the best looks from the red carpet.]

The actress’s dry spell has lasted decades. In the 1980s, she racked up five nominations, for “The World According to Garp,” “The Big Chill,” “The Natural,” “Fatal Attraction” and “Dangerous Liaisons.” She wasn’t nominated again until 2011, for “Albert Nobbs.”

Nipping at Close’s heels for the most nominations without any wins is Amy Adams, who lost a sixth time on Sunday for her turn as Lynne Cheney, the wife of Vice President Dick Cheney, in “Vice.”

Though seven is a lot of Oscar losses, Close is not the most losing actor of all time. Peter O’Toole earned eight nominations and Richard Burton earned seven. (O’Toole was awarded an honorary Oscar.)

Last month, when asked if winning even matters at this point, Close told The New York Times: “If I, in my heart and soul, feel that I’ve fulfilled the challenges of a certain character, that’s where I find my personal fulfillment. I don’t feel like I need to be validated by some award, even though in the nature of our business, it does mean something.”