In this series for T, the author Reggie Nadelson revisits New York institutions that have defined cool for decades, from time-honored restaurants to unsung dives.

With the new Di Palo osteria getting ready to open, there was excitement on Mott Street last week. This is a 21st-century addition to Di Palo’s 109-year-old Italian food shop just around the corner, on Grand Street, and the enoteca (wine store) next to it. At the new place, which will open officially on Monday, you can drink wine, nibble cheese — deep blue Gorgonzola, a creamy ricotta, pecorino studded with fresh peppercorns — or an ephemerally light slice of prosciutto, and there will be events and talks about Italian food and wine. I’ve been coming to Di Palo’s all my life, and I rarely make it out of the store without biting into the mozzarella made there, the milk dripping down my chin. Maybe now I can sit down and eat it.

Walking along Mott, I always hear Ella Fitzgerald singing “Manhattan,” with its sweetly ironic Rodgers and Hart lyrics: “What street compares to Mott Street in July?/Sweet pushcarts gliding by.” There are no pushcarts on Mott now, but according to Lou Di Palo, who owns Di Palo’s with his sister Marie and brother Sal, the street was jammed with them in 1910, when his great-grandfather Savino Di Palo opened a tiny dairy, where he made ricotta and mozzarella, at 131 Mott. In 1903, Savino fled poverty and oppression in the Lucania region of Italy, where he was a farmer and cheesemaker; when he arrived in New York, he did what he knew.

[Coming later this spring: the T List newsletter, a weekly roundup of what T Magazine editors are noticing and coveting. Sign up here.] 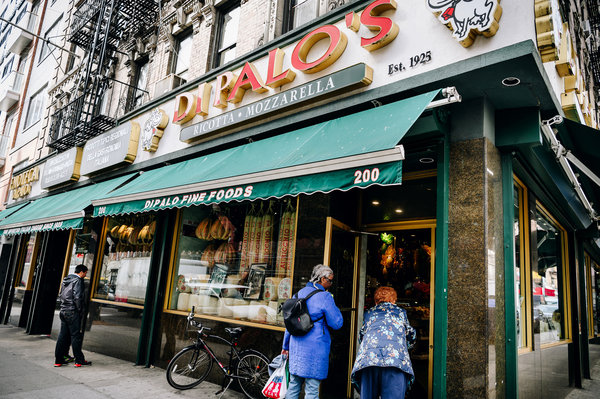 That primitive dairy was just across from the site of Di Palo’s new space, which is elegant, cool and sleekly designed. With a Carrara marble counter, slate floors, reclaimed wood walls and cream leather banquettes, it resembles the set of a sexy modernist Italian film. “We want to maintain tradition with a new trend, to relate the story to a new generation,” says Jessica Di Palo Canal, Marie’s daughter and a fifth generation Di Palo, who, along with her cousins Sam and Caitlin Di Palo (Lou’s kids), is a driving force behind the wine business and the new osteria.

“My son Sam is crazy about Ingo Maurer,” says Lou, proud if a little wry, pointing to the fabulous light fixtures hanging over the bespoke pewter bar. A doting father, he believes it’s the job of each generation to enable the next to express its ambitions and desires. “Family is everything,” he says. Above the front door is a sign that reads “C. Di Palo.” “My grandmother,” Lou explains. “She’s been gone since 1956, but her spirit is here.”

In for an early peek, Linda Schulze, a longtime customer and neighbor — her husband, the photographer John Matturri, bought their nearby loft in 1979 — says, “You just can’t get this food anywhere else. If Di Palo’s ever leaves the neighborhood, we leave the neighborhood.”

In New York, where we whine and moan, kvetch and groan, every time something is torn down, but are equally irritated when something loses its edge, Di Palo’s is one of the few institutions that seems delicately balanced between past and present, a place where local history matters and runs deep. Squint a little back on Mott Street, or watch “The Godfather,” and you can see Marlon Brando as Vito Corleone buying oranges in front of 131 Mott. Lou recalls his mother making the mozzarella when “this unkempt guy came in, and she knows he’s from the film crew, so she tells him there’s a lot of detail that’s wrong and he should change it. I say to her, ‘Do you know who that was, Ma?’” It was Francis Ford Coppola; he became a fan and a customer.

Walk into the main store now, in the run up to Easter, and the place is a forest of chocolate eggs in pink, blue and yellow wrappers hanging from the ceiling, among the dangling whole hams and enormous cheeses. Lou, Sal, Marie and Jessica are behind the counter selling an astonishing array of wonderful Italian cheeses (my favorite: a pungent blue with a rind made of cranberries soaked in port), cured meats (I love the mortadella with pistachios), pasta, small-batch olive oils and aged balsamic vinegar so thick you can spread it on bread. There are Italian groceries — jams, honey, cookies — and prepared foods including eggplant parm, meatballs and porchetta, its rings of fat crackling brown with heat and flavor.

“I always feel better when I come here early,” says one woman at the main shop, inhaling the scent of some silky pale pink prosciutto like oxygen. “This is like breakfast but better,” says her friend, who is working on a crumbly piece of the new spring Parmigiano-Reggiano aged in hay. As Ruth Reichl, the food writer, told me, “I could probably talk for hours about how that shop represents, for me, the best of New York. I love just going in and hanging around, listening to conversations in there. Not to mention that they have the best Parmigiano, at incredible prices.” This is not a bad recommendation.

The two women, perhaps in their 70s, continue to sample the hams, the soppressata, even a tiny translucent curl of lardo, as a long line forms — regulars, locals from Chinatown, tourists, an Italian comic who entertains the room. One young woman, though, is furious; she only wants a sandwich, doesn’t want to wait. Kind but firm, Lou says to her, “That’s not how we do things here.” Here you need time to sample, to schmooze, to hear Sal’s jokes, to see Marie and Jessica exchange a private word and a mother and daughter smile.

Jessica, who along with her cousins studied in Italy, says, “Over the last decade, my generation started to understand the potential around us within the family business and the changing neighborhood.” Di Palo’s has come full circle. When Savino came to America, he spoke no Italian, only a regional dialect. The fifth generation, American-born and educated, have all learned Italian; it will be up to them to keep the culture alive. In 1950, half of Little Italy was Italian; by 2000, it was 6 percent. For Di Palo’s and the few remaining authentic shops around Grand and Mulberry, it is a mission to keep the culinary traditions. For the family, Italian food and wine culture are history and community.

You still can’t order from Di Palo’s online. A young man came in and said, “I get everything on Amazon, why can’t I get Di Palo things?” Lou thought to himself, “You can’t get history or flavor or the particular something that comes from conversation with five generations.” 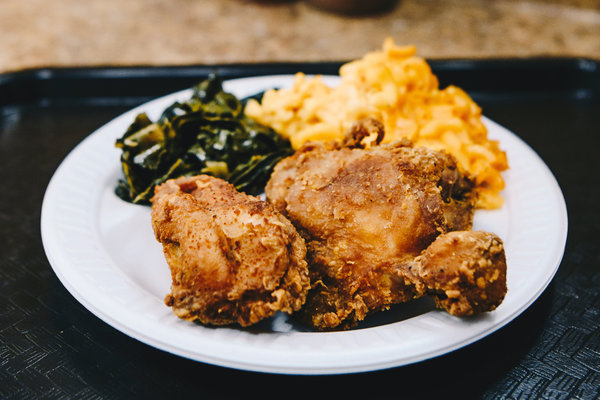 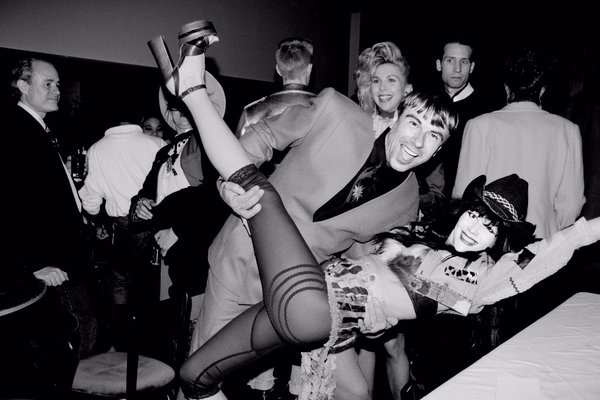 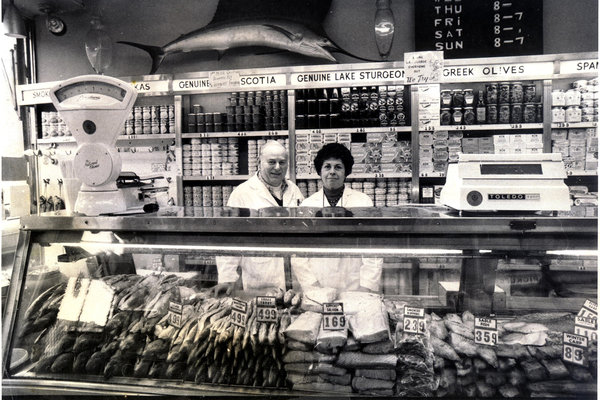