Galleries participating in art fairs tend to judge their success by the numbers — not only profits from their sales but also how many new collectors they met who stay in touch. But for visitors, what matters most is less quantifiable: Was the fair experience memorable? And how was the art?

For many viewers reached by a reporter and photographer for The New York Times, the inaugural edition of Frieze Los Angeles and the upstart Felix LA art fair last weekend succeeded on those fronts, dispelling a longstanding notion of the city as a graveyard for art fairs and underscoring its vitality as an art center.

Frieze, set at Paramount Studios, commissioned artworks for the five-acre New York streetscape on the backlot and they helped to give the fair a different vibe, from Hannah Greely’s paintings of laundry on a clotheslines to Sarah Cain’s wall-to-window takeover of a classic brownstone apartment, including a brilliant stained-glass window.

In the big tent housing 70 gallery booths there were many discoveries to be made. They ranged from a stridently colored, puzzle-like painting of female factory workers by the little-known Sacramento artist Irving Marcus (age 99) at Parker Gallery to a reconstruction of Judy Chicago’s important 1965 “Zig Zag” sculpture at Jeffrey Deitch.

Hans Ulrich Obrist, the artistic director of Serpentine Galleries in London, who typically leads two to three trips a year for patrons, called his trip “one of the most exciting we’ve ever had.” He praised the “village-like experience of the Paramount lot,” the fair’s manageable size (less than half that of Frieze New York) and the various satellite fairs and pop-up events around it. 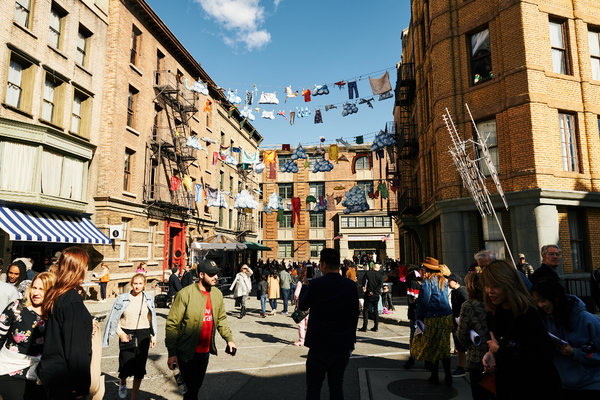 The popular Felix art fair, which had free entry and was intended to show more affordable art, commandeered several poolside cabana rooms and the entire 11th floor of the Hollywood Roosevelt hotel. Visitors could see unframed paintings by Roger White spread out on a bed and putty sculptures by Matt Hoyt posed on hotel end tables rather than museum pedestals. The lobby had a spread of Kristen Morgin’s painted clay replicas of books that she imagined came from Jennifer Aniston’s library, with titles heavy on romance and self-help.

Komal Shah, a Bay Area collector and trustee at the San Francisco Museum of Modern Art, praised the strong showing of women artists across Frieze and singled out as a Felix standout the room of the Chicago gallerist Kavi Gupta, which featured one wall of paintings by AfriCOBRA (African Commune of Bad Relevant Artists) — an artist collective that helped define the vision of the Black Arts Movement of the 1960s and 70s.

“I did hear a couple of dealers at Frieze lamenting that the L.A. crowd seemed to be more conservative than New York — more interested in paintings than conceptual work,” she said. “But I thought the dealers brought great works. And I loved the energy.”

Howard Rachofsky, the Dallas collector, agreed. “I don’t ever remember Frieze New York actually being fun — and this was,” he said. “My sense is this will be the first of many Frieze fairs out here.” Tickets had quickly sold out, with the final tally of attendance at 30,000. Bettina Korek, the Frieze L.A. director, confirmed the London-based group would return in 2020.

Dean Valentine, the co-founder of Felix, said that given the crowds and positive feedback, he was “excited to start the process” of planning for the future.

Here are some highlights from the fairs’ debut editions. 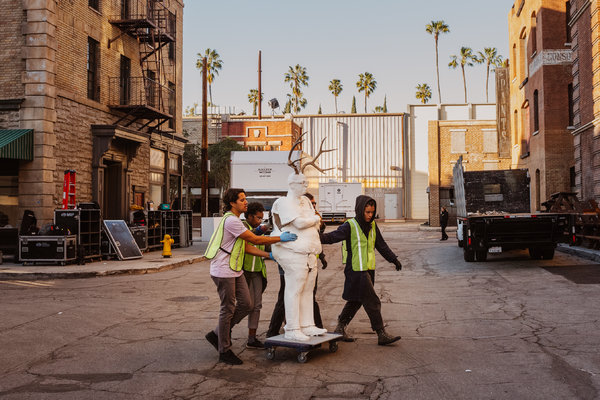