So it’s no surprise that a fan has used one of the singer’s gigs as the perfect opportunity to propose.

During an intimate show in London on Monday, Sheeran stopped his performance of Perfect, one of his biggest hits and last year’s Christmas number one, as Matthew Reed, 34, proposed to Rebecca, his girlfriend of four years.

“She shares my dreams, I hope that some day I’ll share her home,” he sang, as audience members at the Heart Live With Ed Sheeran event began to cheer. 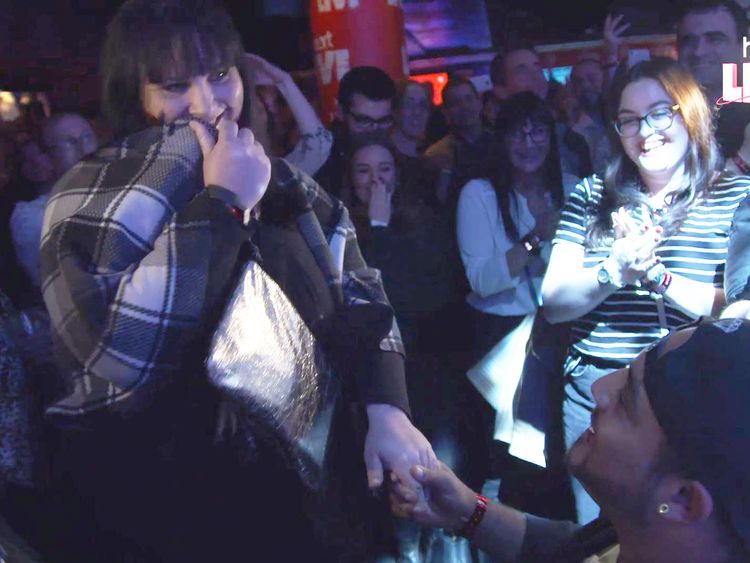 Stopping the song, he said: “Two seconds, can everyone just be quiet so this man can ask a question?”

Mr Reed then rose to applause from the surrounding fans and confirmed to Sheeran that Rebecca had said yes.

“Fantastic,” Sheeran replied, restarting the song, which spent six weeks at the top of the UK charts after its release last year. 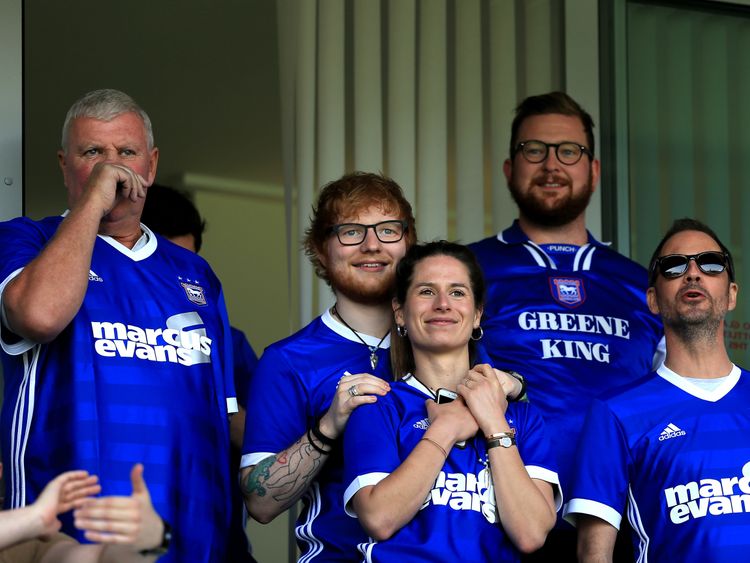 It is not the first time a fan has chosen a live performance of Perfect to soundtrack a proposal, and Sheeran is often happy to oblige.

However, he would not be drawn into speaking about rumours he has married himself, despite being spotted wearing a wedding ring.

Speaking after the show, he told Heart Radio, which organised the evening: “It’s not my life anymore, it’s hers.

“So I kind of don’t really like speaking too much on it because when, like, it’s me, I’m like ‘Of course I can talk about it’ but now there’s another human being in my life.”

The singer announced his engagement to girlfriend Cherry Seaborn in January.

“Got myself a fiance just before new year,” he wrote at the time. “We are very happy and in love, and our cats are chuffed as well xx.”