The Country Music Association Awards are supposed to be a celebration of one of America’s enduring art forms, a night of star performances, gentle ribbing and a red carpet resplendent with formal wear and the occasional cowboy hat.

But Wednesday, when this year’s awards are presented in Nashville, there is one thing guests probably won’t be doing: having any discussion of gun laws.

For the second year in a row, the CMA Awards will closely follow a mass shooting of the industry’s own fans. Twelve people were gunned down late Wednesday night at a country and western dance hall in Thousand Oaks, Calif. In October 2017, 58 people were killed and hundreds wounded at a country music festival in Las Vegas. Some who survived Las Vegas were there Wednesday night in Thousand Oaks. One of them did not survive the second time.

While much of the entertainment world has tacked sharply and openly to the left in the last two years, with celebrities politicking from awards stages in ball gowns and black tie, country music has taken a more cautious, tight-lipped approach.

“As far as country music goes, it’s sort of no-man’s-land to really go out and make a political statement,” said Andy Albert, a songwriter based in Nashville who writes mainly for country performers.

Cultural and political conservatives are a significant portion of the fan base, of course, and most performers take pains not to alienate them, whether they agree with them personally or not. But country music is far from the politically crimson monolith it is often assumed to be. Big cities in the North and West are major markets for the industry, and in recent years its fans have become younger, as well as increasingly urban and suburban.

Over the last decade, the music itself has become less political, and less macho. Country music of the early to mid-2000s tended toward the jingoist and the masculinist, especially after the 2001 terrorist attacks. Stars like Toby Keith, Trace Adkins, Montgomery Gentry and others brought a bulked-up rural brawn to the genre, in an era when country music was its most publicly conservative. 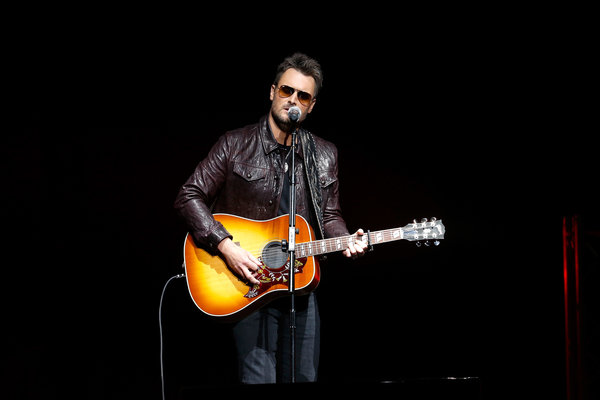 The emergence of the bro archetype at the turn of the 2010s began shifting the tone, as male performers — who still dominate the industry, along with a few female superstars — focused more on partying than cultural, or actual, politics.

Over the last couple of years, the genre has shifted again to a gentler, less brute kind of male star: the gentleman. The music has been stripped clean of much of its overt masculinity, and most performers strenuously avoid political conversation.

“It’s just sort of in the water, it’s just understood that none of these artists are trying to use this as a soapbox,” Mr. Albert said of the songs he writes for other musicians. “It’s more likely to get liked and heard and recorded if we can find a way to navigate a political topic without pressing an opinion on the listener. And I think it becomes more universal when you’re able to do that.”

With mass shootings regularly blanketing the news, gun control has remained one of the most intensely partisan issues in the country. A Quinnipiac University poll conducted right after the high school shooting in Parkland, Fla., in February found that 80 percent of Republicans thought the National Rifle Association supported policies that were “good” for the country. Among Democrats, the opposite was true, with 83 percent thinking the group promoted policies that were “bad” for the United States.

Last year, the Country Music Association did its best to keep politics out of the show by threatening to revoke the credentials of journalists who asked about “the Las Vegas tragedy, gun rights, political affiliations or topics of the like.” The association backed off after a stream of criticism, including from Brad Paisley, a major star and one of the night’s hosts, who said on Twitter that the guidelines were “ridiculous and unfair.”

The association declined to make its chief executive available on Thursday for an interview about its plans for the coming show.

Country stars have tended to limit their statements after shootings to condolences for the victims, avoiding any gun debate.

But in a notable if quiet shift in the last couple of years that has been chronicled by Rolling Stone, recording artists have begun to distance themselves from the N.R.A. For years the organization had promoted country music performers in a mutually beneficial arrangement that gave marketing exposure to both sides. In March, the N.R.A. Country website was redesigned and the names of affiliated artists disappeared. (The N.R.A. did not respond to requests for comment.)

Speaking out publicly, though, remains perilous for country musicians, especially for those with liberal points of view. Even today, the words “Dixie Chicks” stand as a warning in the industry. After Natalie Maines, the group’s lead singer, told a crowd in London in 2003 that they were “ashamed” that President George W. Bush was from Texas, their home state, the Dixie Chicks became pariahs and were shunned by country radio for years.

A small handful of musicians have made statements about gun laws, usually carefully calibrated. Eric Church, a self-professed “gun guy,” has said he supports closing gun-show loopholes and banning bump stocks, the accessory that the Las Vegas gunman used to turn his semiautomatic rifle into a machine-gun-like weapon. The N.R.A., which opposes most new gun control proposals, has supported stricter regulation of bump stocks.

Some precisely wrought sentiments also have started trickling into the music.

The musician Kane Brown is releasing an album called “Experiment” on Friday that includes the song “American Bad Dream.” Mr. Brown was at the Route 91 Harvest Festival in Las Vegas last year and performed the night of the shooting.

The song begins by reminiscing about how ninth grade used to be about “getting laid” and skipping class. It continues: “Now you gotta take a test in a bulletproof vest/Scared to death that you might get shot.”

But in an interview with Rolling Stone, Mr. Brown also took pains to distance himself from politics.

“Before, you never saw on the news there was a shooting today,” he said. “Then, the next day, there’s another shooting, and then the next, repeating. I’m basically just saying, stop being on the left side or the right side, just wake up and realize that we’re in a screwed-up world and we need to try and fix it.”

Carrie Underwood’s most recent album, “Cry Pretty,” includes a song called “The Bullet,” which decries the human suffering wrought by shootings while staying far away from the politics of why they happen in the first place. Mr. Albert, the Nashville songwriter, said he wrote that piece about two years ago with two other musicians, Marc Beeson and Allen Shamblin, after five police officers were shot to death in Dallas.

“You can blame it on hate or blame it on guns,” the song swells. “But mamas ain’t supposed to bury their sons.”

Ms. Underwood and Mr. Paisley, the perennial co-hosts of the C.M.A. Awards, addressed the Las Vegas shooting during last year’s show, which included the faces of the victims in the “in memoriam” segment.

Referring to the massacre, along with other calamities of the previous year including hurricanes and the Charlottesville white-supremacist rally, Ms. Underwood said: “This has been a year marked by tragedy impacting countless lives including so many in our country music family. So we’re going to do what families do: Come together, pray together, cry together and sing together, too.”