It’s a scary time for body-based art. What will survive after the pandemic? As dance artists fight the old ways, a new empowerment is in the air. 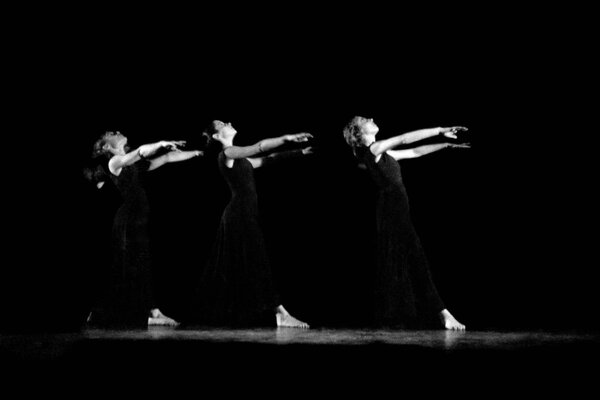 When the coronavirus pandemic started, the first thing I did was panic. I didn’t want to bum anyone out, but it didn’t take me long to leap to a certain conclusion: With theaters and studios shutting down, the dance world would be devastated. What would come out of the ashes?

For a while I thought that the answer had to do with digital dance and how it might develop into something exciting. (That could still happen! It has its moments! People are trying!) But soon I started to obsess about the radical dance movement of the 1930s. Back then, protests and social justice were part of the fabric of modern dance as it met the moment of the Great Depression and the rise of authoritarianism. “The Dance Is a Weapon.” That was the title of the first recital of the New Dance Group, a socially minded collective formed in 1932.

For me, that period of dance haunts the time we’re living in — the pandemic, the election, the uprisings against racial injustice — like a good, progressive ghost. It reminds us that dance is about what’s happening in the world as much as it’s about the poetry of bodies on a stage. This art form that I love is undernourished and undervalued, full of inequity among forms and an uneven balance of power among funders, presenters, choreographers and — always last, though hopefully not for long — dancers.

But instead of staying silent, the dance world is becoming more vocal by addressing issues — amplified by the pandemic — that have plagued it for years. It’s because the show can’t go on that there is finally time to deal with the bigger picture, especially issues of inequity. 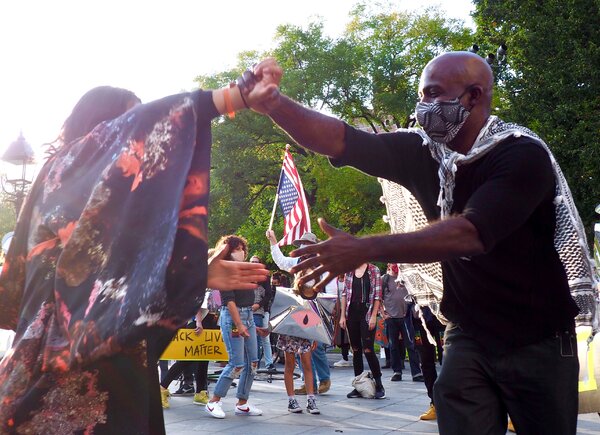 In New York, it’s no big mystery why the dancers who have been able to perform and work together in bubbles outside of the city predominantly come from ballet. Compared with other forms, ballet — the rich uncle on the dance family tree — is where much of the money and institutional power reside.

While ballet is certainly worthy, dance is bigger than any one form. (And with theaters closed and no opening day in sight, ballet is struggling, too.) It might seem that freelance artists working in more experimental circles don’t carry as much weight as those whose dance home is Lincoln Center, where American Ballet Theater and New York City Ballet perform. But they tend to be the ones imagining new ways to explore the body and the intricacies of movement.

These freelance artists don’t belong to unions; they don’t have health insurance. No institutions have their back. They are dangling in the wind, in part, because of the kind of dance they champion.

It’s bad out there, and it’s going to get worse. With most performances halted, the part of dance that happens behind the scenes is increasingly difficult, if not impossible. It’s a social art form — ideas don’t just incubate in studios. They come from conversations after class, or bumping into someone on the street, or in bars or at restaurants. And there’s something about watching a dance with others that completes the work; I’ve been lucky to see a few performances in outdoor settings, but after the initial euphoria of watching live dance — with an audience — much of it seemed generic, business as usual. Yes, dancers need to move, but how? Under what circumstances can they carry urgency and weight?

At the same time, there is some urgency and friction developing around a dancer’s place in the world, around funding, around agency and around the structural racism of institutions. And alongside the rise of the movements for equality, like Black Lives Matter, it feels like this is a new era of the dance artist as activist — someone who links the injustices raging in the world with issues in dance.

At the start of the pandemic when performances — and commissions — were canceled, two choreographers, Emily Johnson and Miguel Gutierrez, spoke out. “In NONE of the cancellation emails does anyone mention a partial payment of the fee or acknowledge the commitment and the economic implication of losing the income,” Mr. Gutierrez wrote in an Instagram post. “These are challenging times for everyone, but I want to remind all the presenters, universities, summer dance festivals, etc. (I’m speaking for many here) … THIS IS MY FULL TIME JOB.”

Earlier this summer, a group initiated “Creating New Futures: Working Guidelines for Ethics & Equity in Presenting Dance & Performance,” an in-progress, collectively written document. Now in its first phase and at nearly 200 pages, the document is inspiring and rambling, insistent and hopeful. In it are galvanizing words by novelist and activist Arundhati Roy in The Financial Times who, in April, wrote, “Historically, pandemics have forced humans to break with the past and imagine their world anew.”

How can the culture of dance and performance be imagined anew? The group is searching for more transparency in funding as well as a more democratic distribution of what money there is. At the moment, that feels tenuous: Most institutions seem to be on the edge of an abyss, too. But this is the time to dream big and, from their insider perspectives, to come up with a plan and to acknowledge the truth about dance’s ecosystem.

Activism emerges in other ways, too: One obvious but important thing is to just keep dance alive. In early October, Dance Rising Collective, a new organization of artists and administrators, held Dancing Rising: N.Y.C., a two-night event in which dancers performed at outdoor locations across the city. The same weekend, in solidarity with Dance Rising, Wide Awakes Dance Corps joined a citywide procession to offer “Soul Train of a Nation,” at Washington Square Park at the invitation of Lift Every Vote. The idea was to encourage voting and “collective joy and resistance!,” as its organizer the choreographer Leslie Cuyjet wrote in an Instagram post.

At the moment, the idea of collective resistance applies more to ideas than to actual dances, unlike the Depression era, which produced stark, tense works — things like “Steps in the Street,” Martha Graham’s 1936 response to fascism. Back then it was mainly women, just a decade or so after being granted the vote, who led the way: Martha Graham, Hanya Holm, Sophie Maslow, Helen Tamiris and many more. Now it’s people of color — who make up so much of the dance world — who are leading the way.

At the New Dance Group, the aim was “developing and creating group and mass dances expressive of the working class and its revolutionary upsurge.” The improvisatory practice of mass dance — with its simple and direct movement — was geared to untrained performers. A radical wave in the ’60s and ’70s — starting with Judson Dance Theater, the experimental collective that ushered in postmodern dance — came at another time of social unrest: the civil rights movement and the protests against the Vietnam War. Those practitioners, too, welcomed the untrained, unmannered body, even though they were extremely trained.

How will today’s dances reflect our times? Until performances begin again, it’s hard to say, but the digital world may offer some clues. At least for me, when something transcends the screen, it seems to have originated from a deep, internal place where there are no mirrors in a studio: It’s made of equal parts corporeal control and grit or the all-consuming fortitude that comes from holding nothing back. That’s not to imply it needs to be aggressively physical, only true. One thing dance can do is to turn what seems ordinary into art.

Dance is experiential. The coronavirus has reminded me that body-based art — the kind that doesn’t have to express meaning through words — is a way in which to see the world more clearly. That’s why even some digital programming can feel immediate. Jodi Melnick and Malcolm Low’s “Malcolm and Jodi in 12 parts” for the Works & Process series at the Guggenheim Museum runs at just over five minutes, but this mesmerizing display of two people — one large, the other small — moving in tandem and in support of each other as their bodies ripple alongside the natural world is incandescent, encapsulating the fragility and the alienation of the moment.

Recently I was sucked into the much longer Metropolitan Museum of Art collaboration between the visual artist Lee Mingwei and the choreographer Bill T. Jones. In the seemingly simple act of sweeping rice with a broom over several hours, the cast, representing different parts of the dance and performance world — a drag artist, a ballet dancer, a voguer, a street performer — was able to clearly demonstrate the power that artists have when they come together.

Mr. Jones’s casting shows us what the dance world could look like. It also illustrates the power of the group, which feels relevant when reading the growing number of voices behind “Creating New Futures” and its quest, in Ms. Roy’s words, to forge “a gateway between one world and the next.” What do organizations like Dance Rising Collective and Wide Awakes Dance Corps have in common? Bodies joining forces.

Who knows when dance will come back? It will probably be one of the last art forms to return fully. Dance, the most neglected member of the performing arts, always seems to come in last. (This drives me crazy.) And who knows, maybe the damage caused by the pandemic — rents are falling at least, though not nearly enough — will create possibilities for the next dance movement. It’s at times of unrest that change finally becomes impossible to ignore.

And all of it takes me back to the ’30s, when class struggle and modern dance were intertwined. In “Stepping Left: Dance and Politics in New York City, 1928-1942,” Ellen Graff writes, “The movement, artistic and social, was about power and where power started was in the dancers’ own bodies.”

There are many questions in the air, but the idea of the collective body has weight — we’ve seen how bodies can affect change. Yet a big one still remains: Can dance, or any art form really, be truly be equal? Dance is not a democratic art. But it can be better. And as tenuous as life is, this moment, this movement feels powerful. It’s been a dark few months, and more are yet to come, but dance is stepping back into the spotlight. And it feels bright, potent and strong — like a weapon.