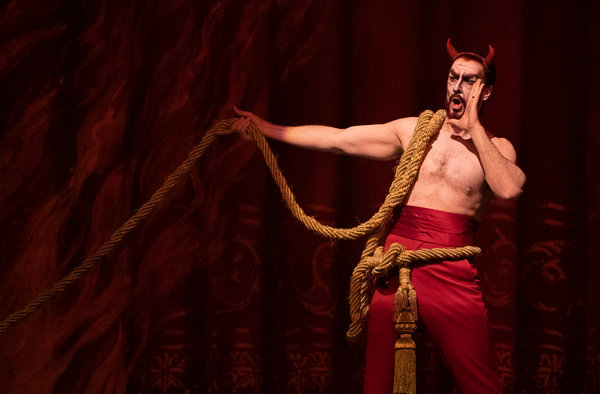 [Read all of our classical music coverage here.]

Hello all! This week brought memorable portraits of four eminent composers of our day. We think you’ll enjoy them all:

“A 92-Year-Old Composer’s First Opera Is His ‘Endgame’”

“At 80, Joan Tower Says Great Music Comes ‘in the Risks’”

“Steve Reich Talks About His First Orchestral Work in 30 Years”

And the week also brought a trip to Chicago! The musical offerings there were so rich in recent days that it was difficult for a visiting New Yorker not to feel a little, well, provincial. In the space a just a few days I caught:

Daniel Barenboim’s long-delayed return to the Chicago Symphony Orchestra for the first time since he ended a 15-year run as its music director, back in 2006.

Christine Goerke and Eric Owens starring in a new production of “Siegfried” at Lyric Opera of Chicago, which is getting back on track after a brief strike at the beginning of its season.

Mr. Barenboim leading the West-Eastern Divan Orchestra, which he helped found to bring musicians from different sides of the Mideast divide together.

And Riccardo Muti, the current music director of the Chicago Symphony, leading the orchestra in a rehearsal of Verdi’s Requiem (and singing all the parts himself, in the absence of the soloists and chorus), in what was effectively a master class by a great Verdian.

[Read about Mr. Barenboim’s return to Chicago, and the Divan orchestra’s performance in a fractured America.]

Richard Wagner has been called many things. Laugh-out-loud funny is not often one of them. But David Pountney’s new production of “Siegfried,” which had its premiere on Saturday at Lyric Opera of Chicago, drew chuckles and belly laughs (yes, on purpose) by reimagining the work in often broadly comedic terms.

This time the young hero is really, really young: This Siegfried has a playpen and sports a cowlick, shorts and sneakers that recall an overgrown Dennis the Menace. He reforges his father’s sword with tools delivered by a company that looks like Amazon, but which upon closer inspection is named for a different river: Rhein Logistik. The inflated dragon he slays in Act II might have escaped the Macy’s Thanksgiving Day Parade.

It was all good fun — and it really was fun — but it risked shortchanging the deeper aspects of the work. That they broke through, to some extent, was largely because of several notable performances, especially the serene and majestic Wanderer of Eric Owens, and the exciting Brünnhilde of Christine Goerke, who will sing the role at the Metropolitan Opera this season.

The cartoonish approach helped solve the problem of the first act, in which neither the petulant, grating Siegfried nor his oleaginous, sinister guardian Mime are particularly sympathetic. But it opened up a whole new problem in the third act, when the childish Siegfried, sung pleasingly if not particularly forcefully by the tenor Burkhard Fritz, awakens Brünnhilde. Seeing the ardent lover approach in short pants, it was difficult to forget that Siegfried, in Wagner’s gnarled family tree, is technically Brünnhilde’s nephew. Awkward. MICHAEL COOPER

During an otherwise pedestrian concert on Wednesday, the New York Philharmonic’s principal clarinetist, Anthony McGill, showed why he has become a star of the orchestra. During Schubert’s “The Shepherd on the Rock” (orchestrated by Reinecke), Mr. McGill swept between smoothly flowing passages and more exclamatory statements with a manner of attack both energetic and appropriately delicate. So persuasive was his playing that he was almost able to cover up the fact that there wasn’t really so much for him to do in this work (which had trouble holding its own on a program with Beethoven’s Fourth Symphony).

Mr. McGill has recently proved gripping in other repertoire, like Bernstein’s “Prelude, Fugue and Riffs.” The orchestra should keep featuring him — and hopefully even plan some commissions around his talents. In the meantime, you can hear his soloist turn in Mozart’s Clarinet Concerto in A, part of a radio broadcast preserved on the orchestra’s SoundCloud page. SETH COLTER WALLS

The filmmaker Hayao Miyazaki is a giant in the anime world, having produced and illustrated many of his country’s best-known and most beloved cartoon features. His Studio Ghibli, founded in 1985, has given Japan seven of its 15 highest-grossing animated films, including “Spirited Away” and “Princess Mononoke.” And while he’s known for tinkering with his aesthetic, throughout his career Mr. Miyazaki has stuck with the same composer, Joe Hisaishi, who has scored all but one of his films.

Three concerts are now offering American audiences the chance to get to know Mr. Hisaishi, and discover the weird, glamorous music he brought to Ghibli’s masterpieces. A two-night retrospective last weekend packed Carnegie Hall with local Japanimation fans and visiting tourists, all of us eager to watch Mr. Hisaishi lead the Hollywood Film Music Orchestra and Choirs through excerpts. Projected on a large screen overhead were scenes from “Mononoke,” “My Neighbor Totoro,” and “Spirited Away,” and what struck me on Friday was not just the diversity of his compositions — “Porco Rosso” features finger snapping; “Kiki’s Delivery Service” delivers a pizzicato flying scene to rival E.T.’s arc across the moon — but also his generosity to instrumentalists, many of whom get a chance at center stage.

Tickets were hot and hard to come by last weekend. But those who missed out have another chance to catch the composer in action: He and David Lang will present new work at Zankel Hall on Sunday. JOEL ROZEN

While taking in as much of the Los Angeles music scene as I could this week, I heard a World War I-theme recital by the pianist Peter Dugan and the baritone John Brancy. (They are currently on tour, with their last stop at the Kennedy Center in Washington on Nov. 12, to commemorate the centennial of the war’s end.) The program is in part a history lesson, but it’s also a clever conceit that showcases Mr. Dugan and Mr. Brancy’s dexterity across languages and musical styles.

There was music from Britain, Germany, France and the United States, with a coda of several popular songs from the era. (Missing was one that gave our occasional colleague Joel Rozen goose bumps at a recent concert in New York: “Where Have All the Flowers Gone?”) Mr. Dugan and Mr. Brancy expertly captured the character of each country’s music: the Americana of Ives, the pastoral warmth of British song, the directness of Ravel and Poulenc. A chilling highlight was Debussy’s “Nöel des enfants qui n’ont plus de maison” (1915), his last song, written while he was weak from illness but full of fiery urgency in its condemnation of occupation and war. JOSHUA BARONE