Both musicians took to Twitter this past weekend, responding to reports from people who had heard their songs at President Trump’s rallies — in Rihanna’s case, “Don’t Stop the Music,” and in Rose’s, “Sweet Child o’ Mine,” the Guns N’ Roses hit. Both songs have been slotted into the playlist the president uses to fire up the crowd before he takes the stage, along with songs by the Rolling Stones, Elton John, Journey and others.

Rose, the Guns N’ Roses frontman, said that the group had requested that the Trump campaign stop playing its songs.

Just so ya know… GNR like a lot of artists opposed to the unauthorized use of their music at political events has formally requested r music not b used at Trump rallies or Trump associated events.

Rihanna’s tweet, responding to a Washington Post reporter’s amusement about hearing her song at a Trump rally, suggested that she, too, wanted the music to stop.

Her lawyer, Jordan Siev, followed up on Monday with a “cease and desist” letter to the White House. “As you are or should be aware, Ms. Fenty has not provided her consent to Mr. Trump to use her music,” Siev wrote, using Rihanna’s given name, Robyn Fenty. “Such use is therefore improper.”

So how does it happen that politicians can blast anthems to their supporters written by musicians who despise them? The answer lies in the intricate thicket of licensing and copyright law, which in the past has given political campaigns a lot of leeway to choose whatever songs they like.

But Rihanna and Rose may be in luck. In recent years, certain rules have given musicians more of a say in whether their voices can be used to fire up a sea of MAGA hats.

There is a long history of horrified musicians learning their songs were being played by politicians they did not support, and it has almost always been Republicans on the receiving end of the complaints. Sting and Tom Petty objected to former President George W. Bush’s use of their music. The group Heart asked Sarah Palin to stop playing “Barracuda” when she was running for vice president in 2008. Bruce Springsteen, an outspoken liberal, has chafed at Republicans’ use of “Born in the U.S.A.”

Just last week, Pharrell Williams sent a scathing letter to the president after the song “Happy” was played at an event on the day of the Pittsburgh synagogue shooting. But the National FFA (Future Farmers of America) Organization, the group that hosted the event, said it was their organist who played the song, without any input from the campaign.

Some lawsuits have been filed over the years, and almost invariably have been settled before any court could rule on their arguments. But often, there wasn’t much a musician could do.

Playing music at a public event requires a license, which generally comes from a few big music-rights agencies like BMI and ASCAP. Usually, the arenas where politicians appear already possess a blanket license that allows the venue to play any song in the agencies’ vast catalogs. 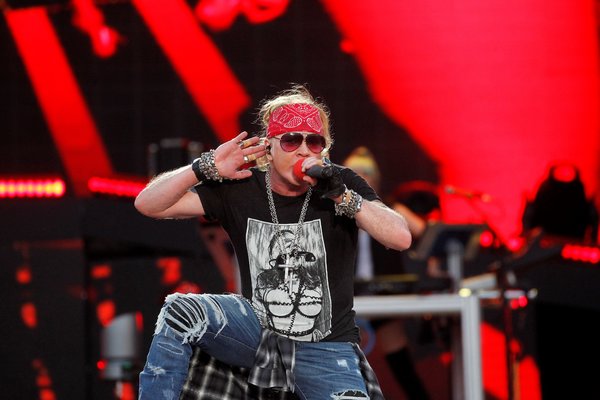 The agencies advise political campaigns to purchase their own blanket licenses so they can play music wherever they are, whether it’s a hotel ballroom, an airplane hangar, or the edge of a soybean field. Trump’s campaign did not respond to requests for comment, but major campaigns generally have such licenses.

In recent years, BMI and ASCAP have written exemptions into these contracts giving musicians the right to stop a politician from using their songs. Steven Tyler of Aerosmith had his music removed from Mr. Trump’s licenses with both BMI and ASCAP, according to his lawyer, Dina LaPolt.

“Before Trump was even elected president, he was using Steven’s songs,”LaPolt said. “Fans and colleagues and even loved ones were very confused because it looked like he was endorsing Trump.”

LaPolt had to send numerous letters to the Trump campaign. She argued that playing Tyler’s songs at rallies was creating a false impression that he was a Trump supporter, an argument that Rihanna’s lawyer also made.

This past August, LaPolt finally received the answer Tyler had been hoping for. Jones Day, the law firm that represents the Trump campaign, wrote a letter saying, “Without admitting any liability, and to avoid any future dispute, we send this response to confirm that the Trump campaign will not use your client’s music in connection with its activities going forward.”

On Twitter, Rose accused the Trump campaign of relying on venue licenses to defy the group’s demand to be excluded from the playlist.

“Unfortunately the Trump campaign is using loopholes in the various venues’ blanket performance licenses which were not intended for such craven political purposes, without the songwriters’ consent,” Rose said, in a tweet that ended with a poop emoji.

Music industry experts say that assuming a venue’s license will cover a politician can be problematic. BMI’s college and university license, for example, excludes events that are “promoted or sponsored by a third party.”

Of course, legalities aside, there is also a basic political concern.

“It’s easier for artists to find out that their music is being used at rallies than it was in the pre-internet days,” said Victoria Sheckler, the deputy general counsel for the Recording Industry Association of America. “And no campaign wants to have an artist saying ‘Don’t use my music, I don’t like you’ hanging over their head.”

As is often the case, though, the Trump campaign could be the exception.