Robin Standefer, who (with husband Stephen Alesch) founded the Manhattan interior design company Roman and Williams (their projects include New York City’s High Line Hotel and Upland restaurant), first encountered Victorian oyster plates as a 29-year-old consultant on Martin Scorsese’s 1993 film “The Age of Innocence.” Her job was locating Gilded Age table settings, and these majolica shellfish plates made in Staffordshire, England, by Minton were a must-have in upper-class homes of the 1860s on both sides of the Atlantic. A few years ago, when Roman and Williams were asked to redo the British galleries at the Metropolitan Museum of Art, she saw the plates again and began collecting. Today, Standefer has amassed 20 of the jewel-tone platters, with their sea-creature embellishments and contoured divots (you shuck the bivalves and slide them onto the plate, shell-less). Recently, she has put a few up for sale at the Guild, a retail outpost she and Alesch opened last year in SoHo. “They’re magical,” she says, “and tell a story of the world at a certain time.” 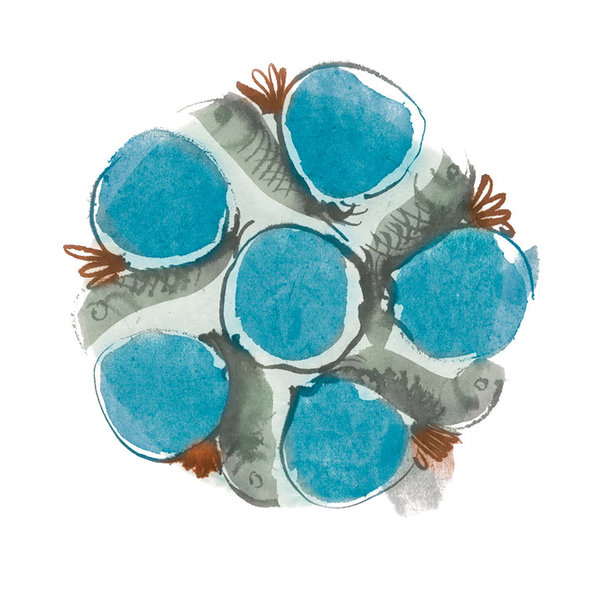 “Some five-oyster plates are referred to as ‘turkeys,’ because that’s sort of what the uneven arrangement looks like, but this one is geometrical.”

Oysters were so plentiful in the mid-1800s that they were considered food for the poor, “but once the beds were fished out, they became a delicacy.”

The plates were made to hold different numbers of oysters, usually a maximum of seven. “This is a humble one, with only room for four, embellished with lobster claws and seashells.”

“This kidney-shaped plate has two tiny spaces for cocktail sauce instead of a big one in the middle.”

“You can imagine how dramatic this tiered plate looks filled with oysters — it holds 28. Draped with fresh seaweed, it almost becomes like a flower arrangement.”

Painted fish heads were a popular motif. “I care more about the design than the provenance. Minton wasn’t the only one who made them — so did others, including Royal Doulton and Wedgwood.” 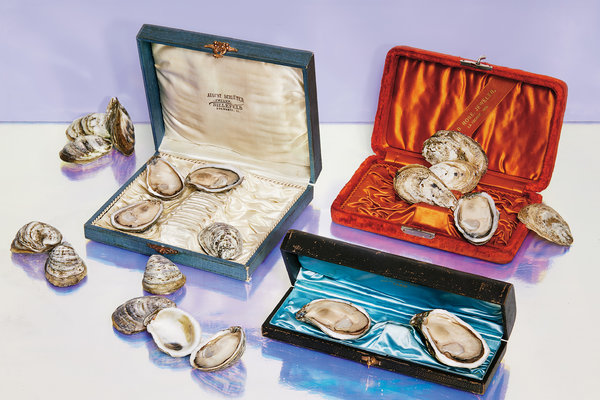 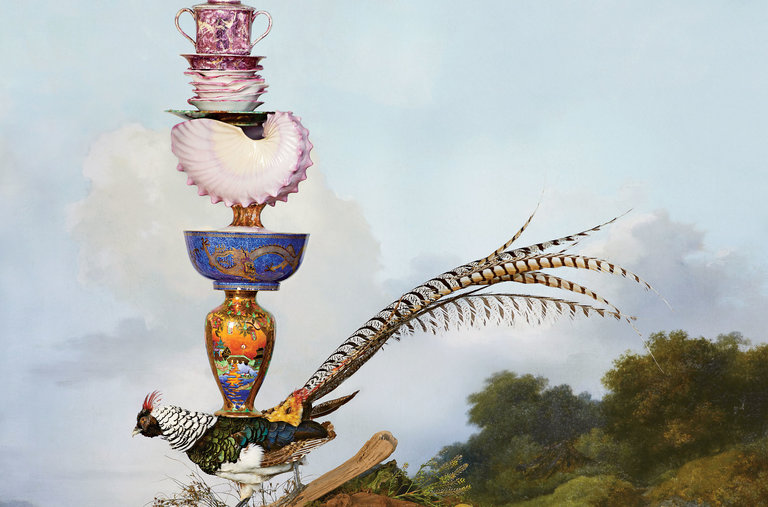 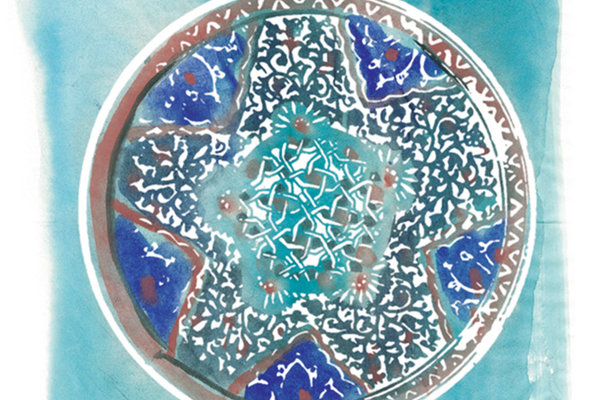