At War is a newsletter about the experiences and costs of war with stories from Times reporters and outside voices.

Part of my job at At War is to keep an eye on developments and trends in the arms industry that may influence how wars are fought not long from now. Some of the weapons I track are the ones I first encountered as an explosive-ordnance-disposal technician on active duty. While deployed to Iraq in 2007, I had to deal with the aftermath of cluster-munition strikes and improvised-explosive-device attacks. I have never forgotten the feeling of walking in places where both had been used, knowing what could lie beneath the surface of each step.

I didn’t know until a few years ago that “victim-operated” I.E.D.s, like the ones I worried about in Iraq, meet the definition of antipersonnel land mines under international law. What had seemed like a relatively new threat to me was in fact something that had killed scores of American troops in earlier wars. Since then, I’ve spent a lot of time researching the history of explosive booby traps and cluster weapons, because each poses a fatal threat to combatants and civilians alike long after the wars they were used in have ended. 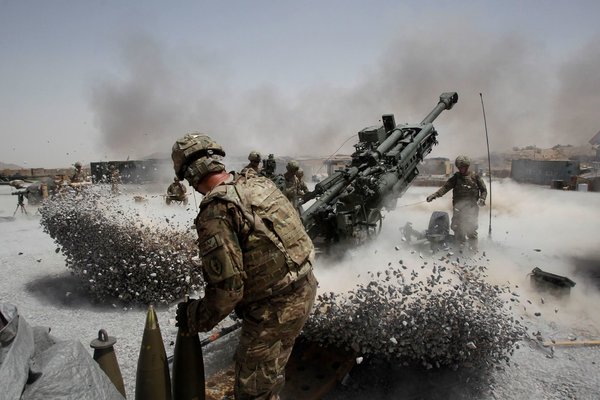 While an international humanitarian movement in the 1990s led most countries away from antipersonnel mines and cluster munitions, the United States has never formally banned them and is now investing in newer models of both weapons. In October, I reported on how the Army plans to buy two foreign-made cargo projectiles for its 155-millimeter howitzers, each carrying two explosively formed penetrator warhead submunitions — even though the service already built a very similar weapon in the 1980s that was ultimately canceled because it was unreliable. I also looked at a relatively quiet effort by the Army to develop a new generation of scatterable antivehicle land mines that the service says will cause less harm to civilians. The Army has spent $106 million on it since 2016, and it has yet to produce a prototype or even nail down the specifics of how it will operate and function. 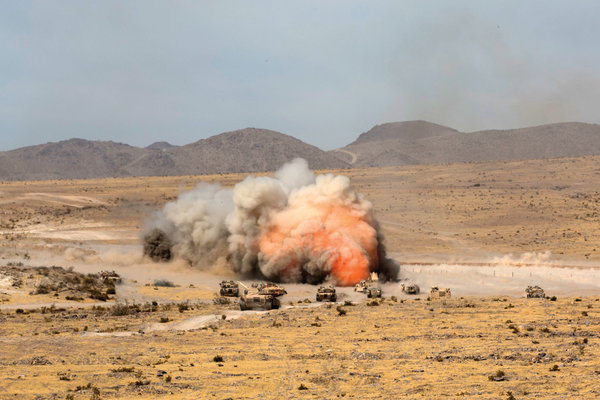 Some readers have most likely walked patrols in Southeast Asia and encountered Viet Cong booby traps made with dud American submunitions. Others may have driven through miles of Kuwaiti desert in 1991, swerving to avoid the duds left behind by weeks of intense American artillery fire and airstrikes. If so, I’d love to hear your story. Or if there’s a weapon that you think At War should be paying closer attention to, let me know. You can email me at [email protected]

John Ismay is a staff writer who covers armed conflict for The New York Times Magazine. He is based in Washington.

Get a weekly roundup of Times coverage of war delivered to your inbox. Sign up here.

The Latest Stories From At War 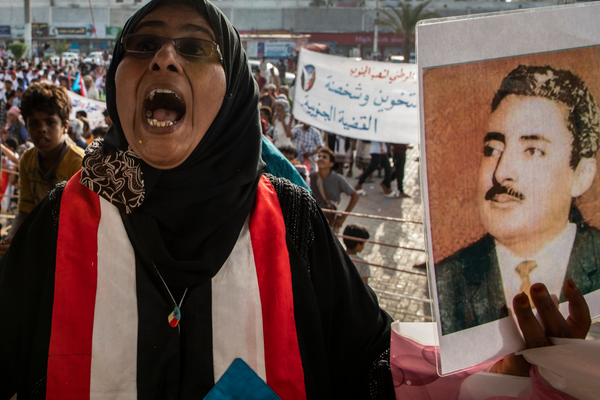 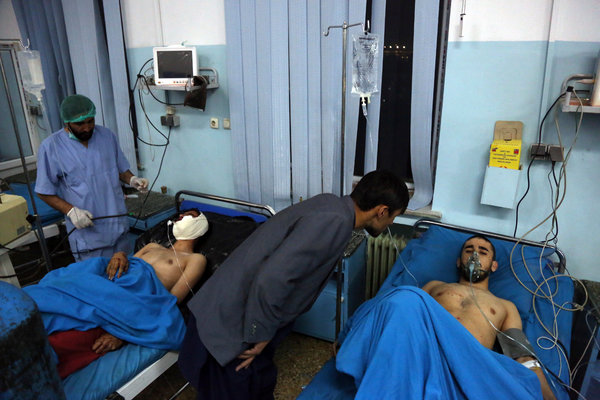 The Disaster That Was the Vietnam War: Max Hastings’s “Vietnam: An Epic Tragedy, 1945-1975” condemns all sides for corruption, cynicism and outright cruelty.

Families Sue Jordan Over 2016 Deaths of 3 U.S. Green Berets: The soldiers’ fathers accused the kingdom of falsely telling the news media that the Green Berets had provoked the deadly shooting by a base guard.

Two Decades After 9/11, Militants Have Only Multiplied: As many as 230,000 Salafi jihadist fighters are operating in nearly 70 countries, a study finds, underscoring terrorist groups’ resilience and American policy failures.

At Least 55 Killed in Bombing of Afghan Religious Gathering: A suicide bomber targeted a ceremony at a wedding hall near Kabul’s international airport, wounding or killing more than 151 people.

A Soul Mate to Help Heal Wounds From the War: They met in Washington, where he was recovering from injuries he received as an Army captain in Afghanistan.

American Troops at Border Won’t Have Guns, Mattis Says: Asked whether a soldier might be armed while defending border agents from migrants, the defense secretary was unequivocal. “No,” he said. “Not with a firearm.”

Ex-Soldier Gets 5,160 Years in Prison for Guatemala Massacre: Santos López Alonzo, 66, participated in the 1982 killing that all but wiped out a farming village at the height of the civil war, prosecutors said.

We’d love your feedback on this newsletter. Please email thoughts and suggestions to [email protected]. Or invite someone to subscribe through this link. Read more from At War here or follow us on Twitter.