Seven years ago, Alamo Drafthouse — the Austin-based movie chain known for championing lesser-known movies and popularizing the dine-in theater trend — announced that it would expand to two of the biggest cities in the country by building movie houses in Manhattan and Los Angeles. And it’s finally becoming a reality.

By the summer, Alamo’s 12-screen Los Angeles location will be open for business, and the 14-screen Lower Manhattan location will open its doors by the end of the year.

For Tim League, who founded the company with his wife Karrie in 1997, planting the Alamo flag in two of the country’s largest markets makes this scrappy, mom-and-pop business into a formidable player in the exhibition space. But to do it right, League said it has to be done in a way that follows the company’s blueprint of the last 20-plus years: having an anti-chain mentality.

“I hate chains,” League told Business Insider after being named to our “100 people transforming business.” In the next breath, however, he admitted with a laugh that Drafthouse had become one. “So I want to grow this company so we can support movies we love and build theaters that give back to the community. I’m trying to build a chain that has a passion and local distinguishing parts.” 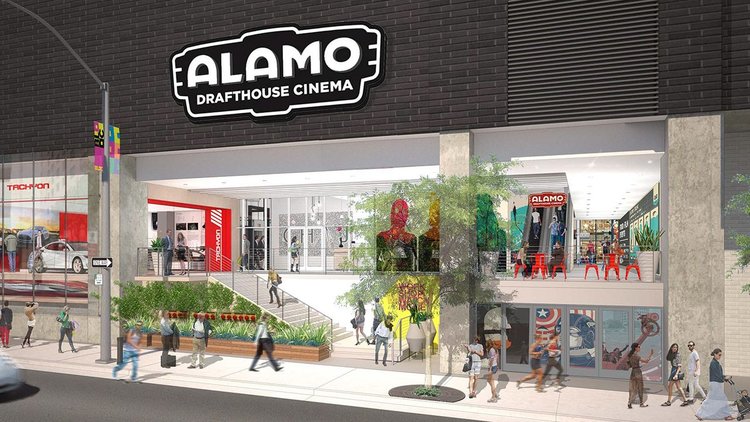 Rendering of Los Angeles Alamo Drafthouse.Alamo DrafthouseIt’s that model that has made Alamo Drafthouse theaters feel like both part of a unified brand, but also a local experience. For example, at Austin’s South Lamar location, along with nine screens there are seven karaoke rooms with the decor ranging from a “Twin Peaks”-themed room to one that feels like something out of “The Twilight Zone.” And in the Brooklyn, New York location, its bar doubles as a spooky feast for the eyes.Called “House of Wax,” the bar showcases rare German waxwork sculptures of human oddities, animal attractions, and death masks.

But how do you pull off that mix of local and wacky in Manhattan and LA?

League said it starts with the people leading on the ground. In the case of the LA space, before the doors open to the public, creative manager Rachel Walker and marketing manager Anam Syed will go through an Alamo Drafthouse Bootcamp that all previous creative teams at the theaters have gone through.

League said with that knowledge, the two will then go back to LA and mesh that with their own personal tastes — and relationships with the local LA filmmaking scene and non-profits — to build what Alamo Drafthouse will be in LA.

“Very little of it is going to be driven from here in Austin,” League said.

The same goes for the beverage director and chef at the theaters. Outside of a few core menu items, both are given the freedom to form the dining into something that fits the culture of the city the theaters are in. That ranges from curating the beer on tap so it features local beer makers, to the food on the menu featuring items that are favorites in the area with ingredients that come from local farms.

League also plans to have free video stores in both the Manhattan and Los Angeles locations.

The idea was first done at the Raleigh, North Carolina location, where Drafthouse bought over 75,000 DVDs and Blu-rays it acquired from Le Video in San Francisco, which closed in 2015, and made them available to rent for free.

For the LA location, League said he’s partnered with the beloved Vidiots to provide the inventory. 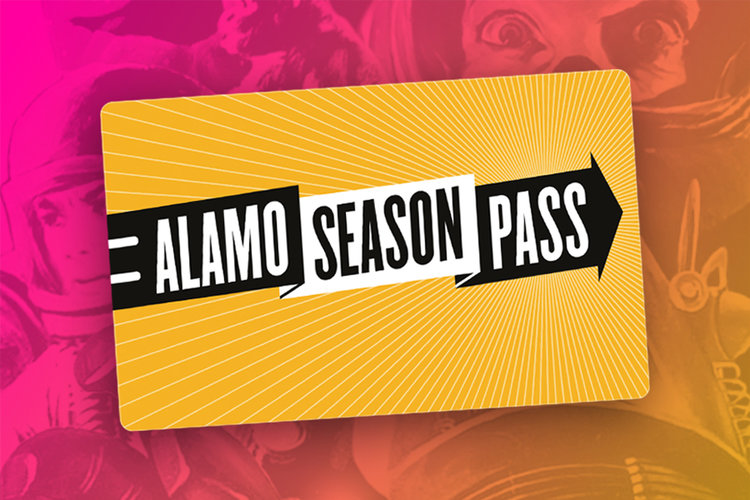 In the wake of the subscription craze following the popularity of MoviePass, Drafthouse has been beta testingAlamo Season Pass, an unlimited plan to see a movies for around $20 a month (reserve seating and added ticket options will also be included). League plans to launch it to the entire chain by the end of the year.

“The most exciting thing about it to me is that people are watching more movies,” League said. “And they are watching a wide variety of movies, and that’s part of what we’re trying to accomplish by becoming bigger as a company is to get more and more people to fall in love with a wide swath of amazing movies, and I see Season Pass as part of that.”

This is a subscriber-only story. To read the full article, simply click here to claim your deal and get access to all exclusive Business Insider PRIME content.