When Lora Safir was 5, her father abruptly returned to their home in Odessa from the Ukrainian battleground of World War II.

He had been fighting as a soldier in the Red Army and heard that the Romanian army would occupy Odessa on Hitler’s command later that day.

“He told us that we had 10 minutes to get out,” Mrs. Safir, 73, recalled in an interview this month. “We barely managed to get our passports, a blanket and a pillow.” 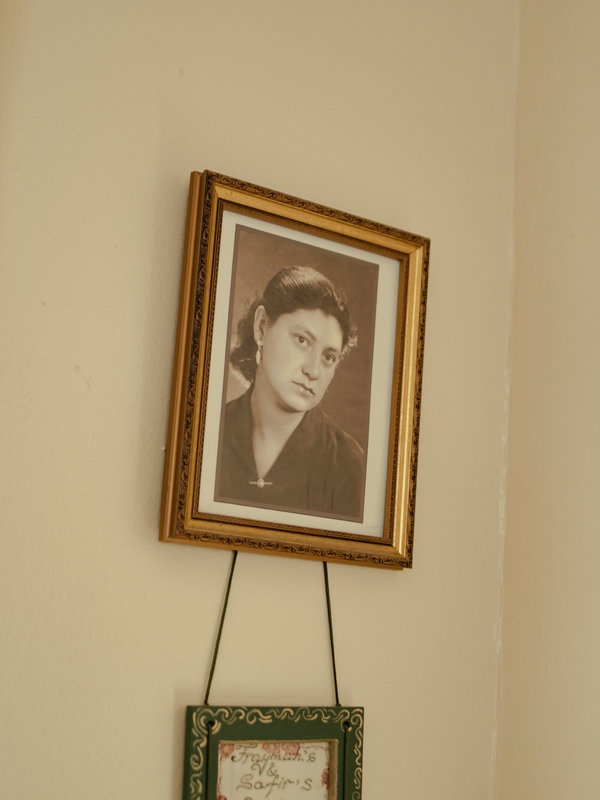 Mrs. Safir, her mother, father and two brothers climbed on top of a cargo truck, but some of their aunts, uncles and young cousins chose to stay.

“They somehow didn’t believe that the Germans could be so cruel,” she recalled in Russian, her body trembling from Parkinson’s disease and her eyes welling.

She heard from other family members that Nazi soldiers made her two cousins dig a hole in their backyard, one that was too deep to crawl out of. They pushed Mrs. Safir’s cousins in the hole and threw in an explosive.

The boys’ father hanged himself after the war. He had been on the battlefield when he learned of his sons’ deaths.

“And just like that, our big family was done. It was gone,” she said.

Mrs. Safir and her family members who fled found housing in the Orenburg Oblast area of Russia, where Mrs. Safir, her mother and two brothers lived alongside an aunt and her children. Eight people in total slept on the floor of a one-bedroom apartment without heat.

Her youngest brother, then an infant, got scarlet fever, but no one could provide medicine, Mrs. Safir said. “Every day, someone would pass by our house asking whether or not he had died yet,” she said. “By miracle,” he survived.

The Safirs returned to Odessa when the war ended, and Mrs. Safir studied to become an economist. She met her husband, then an airplane engineer, at a wedding in Uzbekistan, and they were married for 37 years. They settled in Tashkent, had two daughters and pursued their careers. He died of a heart attack in 1998.

Mrs. Safir shared a special bond with Inna, her younger daughter, who was “special and gifted,” she said. After her husband’s death in 1998, Mrs. Safir and Inna Safir, then 37 and married, immigrated to New York as political refugees. 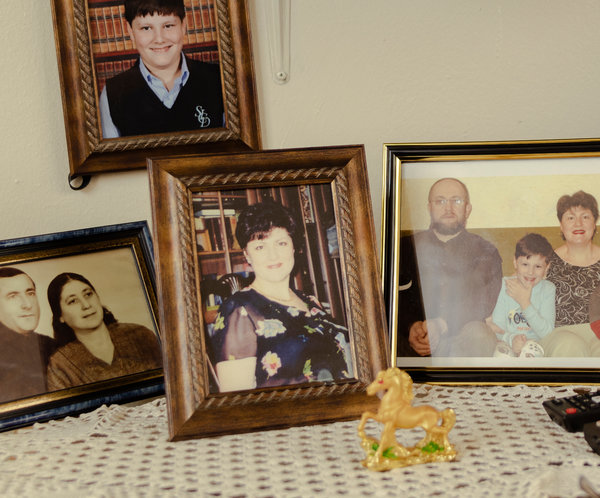 Ms. Safir and her husband found an apartment in Gravesend, Brooklyn, one floor above Mrs. Safir’s, in the same building she occupies today. Ms. Safir became a seamstress, working her way up to a fitter position at Giorgio Armani while finding clients to sell her creations on the side.

One client wore a dress Ms. Safir designed to a party held by former President Bill Clinton, who noticed the dress and told her it was “very beautiful,” Mrs. Safir recalled. “It was one of Ms. Safir’s proudest moments.”

Until Ms. Safir died of breast cancer in the fall of 2017, she took care of Mrs. Safir, sewing pillowcases, clothes and tablecloths for the apartment and paying the $750 monthly rent.

“There is no greater anguish than the loss of a child,” Mrs. Safir said. “I sometimes forget that she’s dead. I sometimes wake up and look forward to seeing her, or —” Mrs. Safir paused to cry, trembling through the tears. “Or I want to call her, but then I realize she is gone. This, this is true pain.”

Mrs. Safir suffers from a debilitating combination of arthritis that makes her “beat her head against the wall regularly” from the pain, 25 years of Parkinson’s disease, and Stage 4 ovarian cancer, which was diagnosed two years ago. A month ago, a doctor at Memorial Sloan Kettering Cancer Center gave her less than a year to live.

“This chemotherapy — it’s tearing my body apart,” she said. “I itch all over, all day and all night. My back bleeds from the scratches. The past two weeks’ treatment, especially, have made me go crazy.”

Since Ms. Safir’s death last year, Mrs. Safir has also been struggling to pay rent. She receives $837 in Supplemental Security Income benefits monthly and $194 monthly in Supplemental Nutrition Assistance Program benefits. Her surviving daughter, who lives in Israel, and her surviving brothers — one in Israel and the other in New York — say they cannot afford to help her.

Mrs. Safir has been paying the rent since then using her Supplemental Security Income and $50 in monthly Blue Card funds. That barely allows her to make ends meet, though her S.S.I. will increase by $21 a month next year.

She has told her social workers that she is interested in organic food to help bolster her immune system, but she cannot afford it in her current financial situation.

“I am a strong woman. I have worked so hard all of my life,” she said. “I am still willing to live, if only for the sake of my character, but sometimes,” she said, her voice trailing off, “I don’t know how I will.”