I love singing four-part harmony. It isn’t just about the precision, the ringing sound when voices blend together. It’s also about community, listening to one another and breathing together, creating a mood-lifter and balm in a fraught world.

But like theater and hand shaking, choral singing has been canceled for now — and for good reason. Singing is the AK-47 of expression in the coronavirus era, shooting out so many aerosols that a church choir in Washington made the news in March when almost everyone present contracted the virus after a rehearsal; 53 singers became ill, and two died.

When my men’s a cappella chorus on Long Island turned to Zoom rehearsals in the spring, I didn’t last long. The lag time over Zoom didn’t allow for live harmonizing or even the simplest singing in unison. “Performing” meant recording ourselves alone at home so our conductor could edit us together. 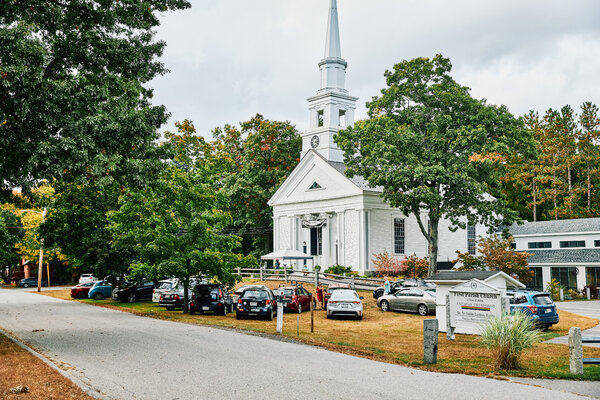 It felt like homework for hobbyists, without the emotional payoff. So when I first heard about choirs singing live in cars, it struck, well, a chord.

It started with David Newman, a baritone on the voice faculty of James Madison University in Harrisonburg, Va. In May, after a widely discussed web conference on the dangers of singing, Mr. Newman set up a sound system with four wireless microphones, an old-school analog mixer and an amplifier. Several singers gathered in their cars on his street, and he conducted them from his driveway.

It worked. Out of respect for the neighbors, Mr. Newman started using an FM transmitter, so the blended sound came through over car radios — as it does for drive-in movies — not over a loudspeaker. He found barely any audio delay. “The latency was near zero, which was really exciting,” he told the Chorus Connection, an umbrella organization that estimates that 54 million Americans engage in group singing.

Word of Mr. Newman’s drive-in chorus gradually spread as he posted instructions to help other groups. Bryce and Kathryn Denney, in Marlborough, Mass., were inspired. Musicians who met at the Oberlin Conservatory, they and their musically inclined teenagers moved from singing in separate rooms of their house to cars parked in their driveway, and then to the street, to include others.

The Denneys’ example, in turn, prompted other groups, including Somerset Hills Harmony in New Jersey, and Bryce and Kathryn were soon showing up with a car full of equipment for dispirited local choirs to facilitate live singing for up to 30 participants.

On a recent Sunday, I was one of them. I felt nervous driving up the interstate while practicing with the bass tracks sent to me. The steeple of the First Parish Church of Stow and Acton, towered over the verdant town of Stow, Mass., west of Boston. On a lawn with equipment spread out around their hybrid SUV — complete with “Got Music?” decal — the Denneys prepared to give this Unitarian church’s choir the chance to sing together again, for the first time since March. And as always, anyone who wanted to sing — including me — was welcome, a kindness that has been chorus policy for decades.

“This is one concert that can’t be canceled,” Bryce, a soft-spoken electrical engineer and pianist, said as he untangled chords and patched them into the two amps in the back of the car.

Kathryn, who directs musical theater productions, added, “We figured out how to bring people together to sing without making them sick,” as she checked a spreadsheet of arriving participants and, wearing black latex gloves, handed color-coded microphones for each to her husband. She wore a snug red dress suitable for a cocktail party.

“These are the only events I can dress up for these days,” she said with a laugh.

Cars began to arrive. A man holding some traffic cones directed me to park facing the church and the choir’s boyish conductor, Mike Pfitzer, who stood under a small tent. He looked down on the 30 cars parked below like a preacher delivering a sermon. Kathryn came up to each window and handed out sanitized microphones from a bin — like burgers and shakes at a drive-in.

I lodged mine into my steering wheel and turned the radio to 104.7. Bryce called the roll to check our reception. Mr. Pfitzer, also the director of choral studies at the State University of New York at Albany, started our warm-ups.

“I never would have imagined leading vocal exercises for singers in cars,” he said. “But here we are.”

He had us sing scales and arpeggios. Hearing others not just over my radio but also outside made my voice shaky with emotion, especially when we sang the chords I’d been missing for so long: sunny major ones, darker minor ones and a trickier major seventh, as well.

“And can you resolve that chord?” Mr. Pfitzer asked. More easily than almost anything else in my life, I thought, and we did. As my trembling voice joined those around me, I felt the familiar support that I love in choral singing, being carried along by others.

I struggled with “Bonse Aba,” the cheerful Zambian call and response song that we sang as I picked up, then tossed away, page after page of sheet music stuffed behind my gear shift.

The conductor urged us to pronounce each percussive syllable and not let the tempo drag. “And don’t be scared,” he added. “This is a time to sing out.”

A rough translation of the song — a hymn — suggests it means that all children who want to sing should be able to sing. And so I did in close, bright harmony; we all did, with bells from the steeple ringing 5 o’clock just as we were finishing with another hymn, “Let Me Be Still.”

After we were done, choir members, many of whom had been singing together for decades, gathered with masks on outside their cars. They congratulated me for joining, agreeing that the experience was more rewarding than nerve-racking.

“It wasn’t just wonderful,” said Ruth Lull, a soprano. “It was like coming home.”

An hour later, after the last singer had driven away and the crickets had worked up to a crescendo, the Denneys packed up their equipment. Exhausted but exhilarated, they were already thinking about the intergenerational event they were facilitating for another local church choir the following Sunday.

They accept no money for their work, though they accept donations of batteries and the like, and encourage choirs to donate to charities supporting out-of-work musicians.

“I have a full-time job and don’t want another,” said Bryce, who has posted extensive technical instructions on his blog, along with eerie videos of events that sound lovely and show more cars than faces. “All we want is to help people figure out how to sing together.”

As I watched them drive off, loaded down with equipment and the apple pie that the choir presented to them as thanks, I thought about how simple the act of singing used to be, and, like so many things these days, how complicated it has become. I thought about the good things that have come out of these bad times, too, and the good people who have helped ease the strain.

Then I sang to myself all the way home.