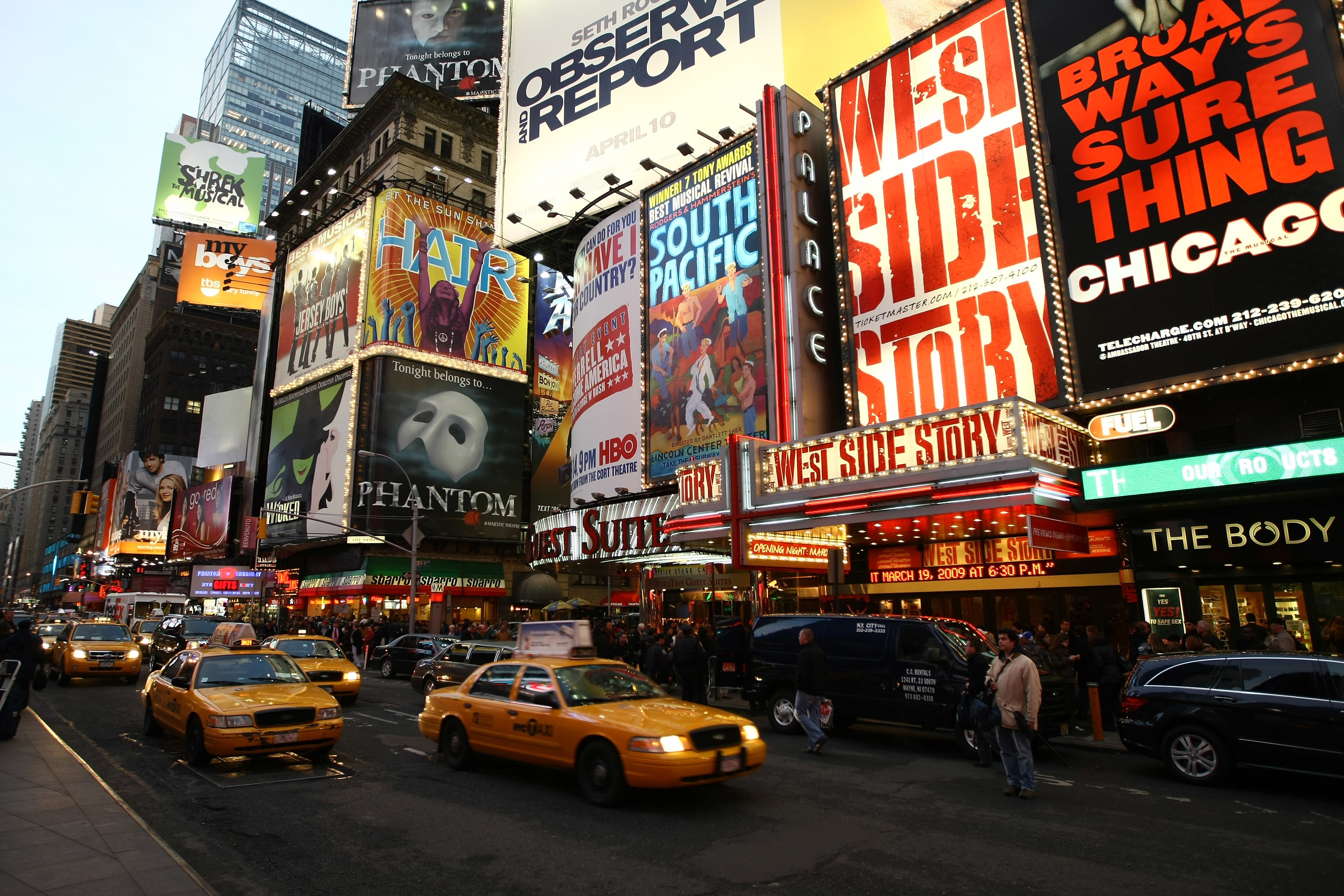 Broadway still isn’t closing their curtains just yet despite an usher who worked two shows testing positive for the coronavirus on Tuesday.

The unidentified usher, who is now quarantined, most recently worked last week at performances of Who’s Afraid of Virginia Woolf?. The week before that he worked two performances of Six, a musical about the wives of Henry VIII.

The Shubert Organization and The Nederlander Organization, which each own one of the theaters, announced the diagnosis in a statement Wednesday night.

“Immediately upon learning of the positive test, both organizations began taking every step necessary to ensure the safety of our audiences, performers, crew, and building staff,” representatives said in the joint statement.

The theaters have been deep cleaned, according to the representatives, and both organizations are “closely following all protocols related to containment and prevention,” including informing all employees who may have been exposed and urging all high-risk audience members to “monitor their health diligently.”

But the shows still went on Wednesday night and the theaters have no current plans to close due to the virus — despite experts recommending “social distancing,” or avoiding large crowds, to stop the spread of the virus.

Ticket holders were, however, permitted to exchange their tickets for ones at a later date.

To Kill a Mockingbird, West Side Story, The Lehman Trilogy, and The Book of Mormon, all of which are produced by Broadway producer Scott Rudin, are also offering the cheap seats.

“As long as New York City is open for business, its beating heart remains the Broadway stage,” Rudin told Deadline.

“This is an unprecedented opportunity for everyone to see a show that they otherwise might not have had easy and affordable access to,” Rudin said. “I can’t pretend that great theater is the panacea we’ve been waiting for, but in the meantime I think we could all use a few hours away from the evening news.”

The measures Broadway is taking are insufficient to save people from catching the coronavirus, Vincent Racaniello, a professor of Microbiology at Columbia University, told BuzzFeed News.

“There is no question that Broadway shows should be closed,” Racaniello said. “Any large gatherings of people, especially here in NYC where we know the virus is circulating, need to stop.”

The reason for drastic measures, like fully shutting down shows, is not because “the virus is particularly lethal,” he added.

“The problem is that if 1% of infected people need hospitalization, then we will rapidly overwhelm the healthcare system here in the city which has limited capacity,” he said.

So, if an outbreak occurs at a Broadway theater, which has hundreds of seats, the results could be catastrophic when it comes to having enough resources and healthcare workers to care for the ill.

“This is what happened in Wuhan, Italy, and Iran,” Racaniello said. “We are so unprepared for this outbreak mainly because this country’s leaders are denying its existence or severity.”

A few miles north of Broadway, a containment zone has been established in the New York City suburb of New Rochelle — the first such designation in any city in the US.

Broadway star Stephanie J. Block, who won a Tony last year for her performance in The Cher Show, was among those urging the theaters to close.

But many people who work in the theaters — including usher and actors — have few other sources of income.

Even with the theaters open, precautions have been set in place at many of them.

The Broadway League, the industry’s trade association, is discouraging the common practice of actors greeting fans at the stage door for pictures and autographs.

“As an added precaution, we are highly recommending that all stage door activities be eliminated for the time being,” they said in a statement.

Many shows have announced a suspension of the stage door tradition on social media.

Every Broadway theater now has hand sanitizer dispensers in the lobby, and cleaning and disinfecting has been “significantly increased” in public areas and backstage, they said.

“Anyone who is experiencing cold or flu symptoms, or who is not feeling well, is encouraged to stay home and contact the point of purchase for more information about ticket exchanges and policies,” they added.

It is unclear whether refunds will be made available, as tickets are usually not refundable unless the event is canceled or rescheduled.

On Twitter, many people have been complaining of “radio silence” and refusals of refunds from Ticketmaster and Telecharge. One person on Reddit reported the ticketing sites offered full refunds upon hearing the person was self-quarantining.

BuzzFeed News has reached out to Ticketmaster and Telecharge to ask about their refund policy during the coronavirus outbreak.

On Thursday morning, New York City Mayor Bill de Blasio said “new models” are being looked into to see whether capacity could be reduced in theaters in order to make them safer.

“I don’t want to see Broadway go dark, if we can avoid it. I want to see if we can strike some kind of balance,” de Blasio said on CNN.

If a solution cannot be determined, the theaters could indeed be directed to close, he said.

“We’re going to have to think very differently,” he said. “Our society is changing by the hour right now. But that does not mean I think we should anticipate a society with no social activity, no work, no school.”

It’s not just New York theaters that are dealing with fallout. In San Francisco, a production of Harry Potter and the Cursed Child is still on at the Curran Theater — albeit with reduced capacity,

There will be a 1,000 person cap on each performance, in a venue that has a 1,667 person capacity, according to The San Francisco Chronicle. Ticket holders for performances over that capacity will be contacted and asked to exchange for another night.

However, they have not been allowing for refunds, according to a number of complaints to the venue.

One ticket holder told BuzzFeed News she requested a refund on her tickets, as she had been planning to attend with several people who are at a high risk for the coronavirus.

The venue refused, only allowing her to exchange them for another night, she said. Several people have made similar complaints on social media.