The French conductor Emmanuelle Haïm stopped a group of New York Philharmonic musicians who were rehearsing Handel’s “Water Music” on a recent morning at David Geffen Hall. She turned to the violins. “Ti-ya, ti-ya, pa, pa, pa!” she sang, the last syllables ringing out like shots.

Soon the music resumed, and with it Ms. Haïm’s animated conducting, which can be seen as she makes her Philharmonic debut in performances on Wednesday, Friday and Saturday in the Baroque repertory that is her specialty. It is an unusually challenging assignment, bringing the aesthetic of the early 18th century to an ensemble that makes only rare forays into that era.

“It is so important for the musicians to play this music, to widen their palette,” Ms. Haïm, 56, said in an interview in her dressing room, her hands as expressive and roving as they were on the podium. “But it is also important to have specialist groups. You need those historical instruments because they tell you how to play the music.” Referring to the organic strings on period instruments, she added: “The gut tells you how to play.”

Translating “gut” lessons into the world of symphony orchestras — with modern forces, large halls and tight rehearsal budgets — means choosing one’s battles. Ms. Haïm gets just three days to prepare the Philharmonic for a program of Handel and Rameau. She said her goal was not to force the musicians to sound as if they played on period instruments, whether by changing the way they hold the bow or telling the strings to rein in their vibrato.

Rather, she said: “If I can get the music to speak, maybe take a walking bass and make it go places” — her hands traced a subtle curve — “then perhaps it also changes the way you hold your bow, the way you play a stroke.”

In other words, inspired music-making will lead to idiomatic Baroque technique, not vice versa.

At one point during the rehearsal, Ms. Haïm encouraged the double basses to take charge of a line and give it a more distinct contour by varying the length and weight of the notes. “But you decide as you go,” she told the players. When they repeated the passage, the music had taken on greater narrative freedom, the bassists visibly alert and responsive to each other. 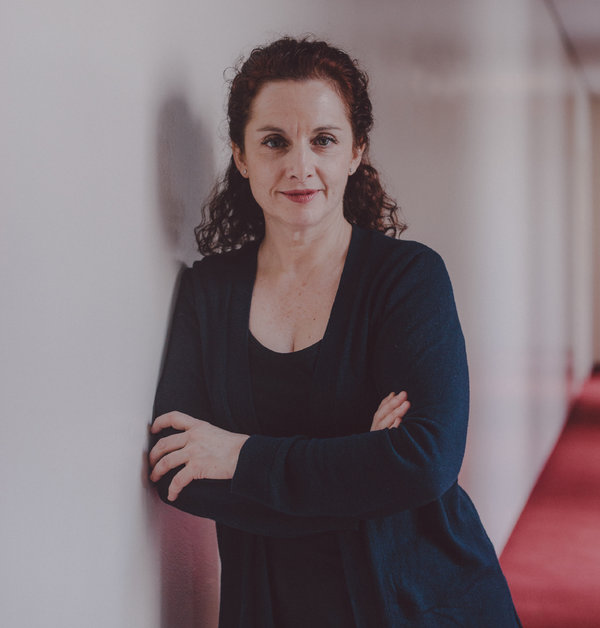 Ms. Haïm’s movements resembled a dance in which her torso twisted and bobbed while her expressive arms seemed to will the music into being with gestures that floated, beseeched, cajoled and commanded. Sometimes her hands descended onto the keyboard of the harpsichord in front of her and she played a few bars, then rose to her feet and shoved the stool out of the way with a swing of the hips.

“Don’t be afraid,” she said at one point, “to make those accents very” — she searched for the words in English — “wild and daring.”

Unleashing the wild and daring side of the Baroque has been Ms. Haïm’s mission for decades. Le Concert d’Astrée, the ensemble she founded in 2000, has become a powerhouse on the early-music scene, bringing its temperamental playing to opera productions, concerts and Grammy-nominated recordings. On her own, Ms. Haïm has become a go-to guest in this repertory with prestigious symphony orchestras like the Vienna Philharmonic, the Berlin Philharmonic and the Los Angeles Philharmonic.

The influence of historically informed performance practice with Baroque music has been pervasive in tempo, with fast movements that can leave an audience breathless. In a Handel recording out this week from Le Concert d’Astrée, rapid scales come off as quick and crisp as strobe lighting. And in rehearsal in New York, Ms. Haïm took some of Handel’s dance movements at an impetuous speed. The Philharmonic retained its rounder, more polished sound, but many passages seemed energetically charged, with one Bourrée so swift that a whole section seemed to fly by in one gust of air.

“It’s in the dances,” Ms. Haïm said when asked how she determined her tempos. “I worked a lot with Francine Lancelot, who was a pioneer in Baroque dance reconstruction in France. And when you study harpsichord at the conservatoire, you have to take classes in Baroque dance.”

Ms. Haïm’s own dance studies were cut short when she was 10 and diagnosed with a curved spine. For the next decade, she wore a corset that severely restricted her movements. During this time, she switched from piano to the organ, adding harpsichord studies at conservatory.

It was there that she met William Christie, the early-music maestro who had been crucial in reviving interest in French Baroque music in the 1980s. He became her mentor. “His class was for singers only,” Ms. Haïm said, “but when I tried to look in” — she mimed pressing her face and palms against a window — “he invited me and asked me to play the harpsichord.”

She said she found the musicians in modern orchestras to be increasingly versatile and willing to experiment in approaching the Baroque. It’s an echo of the spirit of openness that she most remembers from her days in Mr. Christie’s class, reading historical treatises on declamation and trying out new forms of expression in front of her fellow students.

“We had that spirit of curiosity that is so important,” she said. If there was a gulf separating the early-music world from the mainstream, she didn’t notice.

“I didn’t know there was another world,” she said. “ I was so submerged in this one.”