What would you like to see here? Email us at [email protected]

Hello! Welcome to your daily roundup of what’s going on in pop culture.

I don’t believe in guilty pleasures, so I will say (though not proudly) that I love “Moulin Rouge.” I love how little sense the plot makes and how over the top the costumes are. I’ve always thought it would make an amazing musical and finally it has an opening date on Broadway: July 25. I look forward to going to see it, quietly.

After more than 12 years with the Nashville-based Big Machine Records, Taylor Swift has a new label. She’s signed a multi-album agreement with Universal Music Group and its subsidiary, Republic Records, and will own her master recordings moving forward. Swift announced the deal in an Instagram post that has interesting aesthetics — I want to know more about the fur.

The announcement that FilmStruck is shutting down at the end of November saddened a lot of people here at Times HQ. Happily, now we know that the Criterion Collection, known for indie and art-house films, will launch its own streaming service, called the Criterion Channel, next spring. FilmStruck was a collaboration between Criterion and Turner Classic Movies.

If you’re looking for some headphone music to help you get through this Monday, behold Karen O (of the Yeah Yeah Yeahs) and the producer Danger Mouse. They’ve teamed up for the nine-minute track “Lux Prima,” which makes oblivion sound “luxurious and blissful,” writes Jon Pareles. Here are the other new tracks our critics recommend.

A man who has been collecting film and TV props for 30 years will be selling some for the first time via live auction on Dec. 1, The Hollywood Reporter writes. Laura Palmer’s coffin from “Twin Peaks,” Walter White’s bag of meth from “Breaking Bad” and several tracksuits from “The Sopranos” are all up for grabs. I wonder what life would be like if I owned all of them. 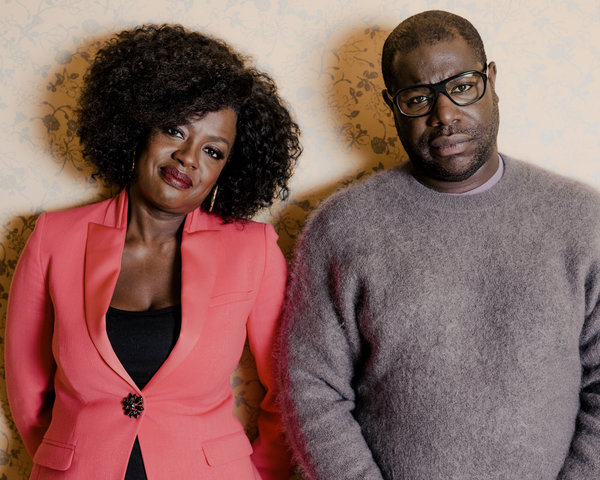 “Now that I’m 53, I’m at the point that a lot of actresses, especially Caucasian actresses, were at at 21,” says Davis in this wide-ranging conversation with McQueen and The Times’s Reggie Ugwu. McQueen directs Davis in the heist movie “Widows,” which A. O. Scott says works best as “a melodrama of survival.”

Are the cats finally turning on us?