Our guide to pop and rock shows and the best of live jazz happening this weekend and in the week ahead.

ANTIBALAS at Brooklyn Bowl (March 15-16, 8 p.m.). This Brooklyn-based Afrobeat band is celebrating 20 years together with a two-night run, during which they will perform the kind of large-ensemble party music — think a vibrant horn section and multiple percussionists — that’s made them so irresistible for the past two decades. Their work incorporates dub, funk and jazz, creating a rich, textured version of the kind of global dance sound that’s become increasingly popular over the course of their career. On Friday, the music collective Innov Gnawa will open, and on Saturday, the hip-hop group Poetic Thrust will kick things off.
718-963-3369, brooklynbowl.com

GARY CLARK JR. at the Beacon Theater (March 21-23, 8 p.m.). As a gifted blues guitarist, this Austin, Tex., native could easily stick to traditional sounds. But Clark continues to make songs that are expansive and forward-looking. He channels his remarkable technical ability toward hard-edge, political and genre-bending music that is nevertheless rooted in the blues, or at least its angst and earnestness. On his most recent album, “This Land,” he tackles racism and American politics through tunes that are anything but easy listening — and all the better for it.
212-465-6000, beacontheatre.com

GUSTER at the Beacon Theater (March 16, 8 p.m.). Since the members of this alternative rock band met during orientation at Tufts University in 1991, they have made consistently upbeat and pleasantly eccentric albums. Their latest, “Look Alive,” is their first release in four years, but their enthusiasm hasn’t dulled — at least if the album’s bright, polished, synth-driven indie-pop track list is any indication. Its sound is as approachable and harmony-rich as that of the songs that earned the still-independent band spots on mainstream soundtracks like “The O.C.” and “Wedding Crashers.”
212-465-6000, beacontheatre.com

[Read about the events that our other critics have chosen for the week ahead.]

HABIB KOITÉ at Le Poisson Rouge (March 15, 8 p.m.). A virtuosic guitarist, Koité has cultivated his own niche within the string-rich musical culture of his native Mali. He uses unorthodox tunings and incorporates a global mix of flamenco and blues into his interpretation of dansa, a traditional form of Malian music from his hometown, Kayes. The resulting sound has reached international audiences and gained fans like Bonnie Raitt. Perhaps best known for his approachable 1998 album, “Ma Ya,” Koité, 61, continues to act as an ambassador of Mali’s music.
212-505-3474, lpr.com

LOUDON WAINWRIGHT III at Sony Hall (March 15, 8 p.m.). You might have already seen this show — it’s the live version of Wainwright’s recent Netflix special, “Surviving Twin,” which itself is the filmed version of a one-man set he’s been performing since 2013. “Surviving Twin” takes its title from a Wainwright song of the same name, which is about the singer-songwriter’s relationship with his father, Loudon Wainwright Jr.; the show, though, is about relationships between fathers and sons more broadly, including Wainwright’s son and fellow performer, Rufus.
212-997-5123, sonyhall.com

DALE WATSON AND KINKY FRIEDMAN at Union Pool (March 16, 7 p.m.). Two Texas titans visit Brooklyn this week to perform a brand of country music that’s so traditional, it has made them outsiders. Watson favors a polished rockabilly shuffle that sounds straight out of the 1960s, while Friedman tempers his irreverent, occasionally profane tunes with twangy guitar and banjos. Both are beloved for their willingness to buck trends (and any chance of mainstream success) and deftly play country music that transports listeners anywhere — even in Williamsburg — to an old-fashioned honky-tonk.
718-609-0484, union-pool.com
NATALIE WEINER 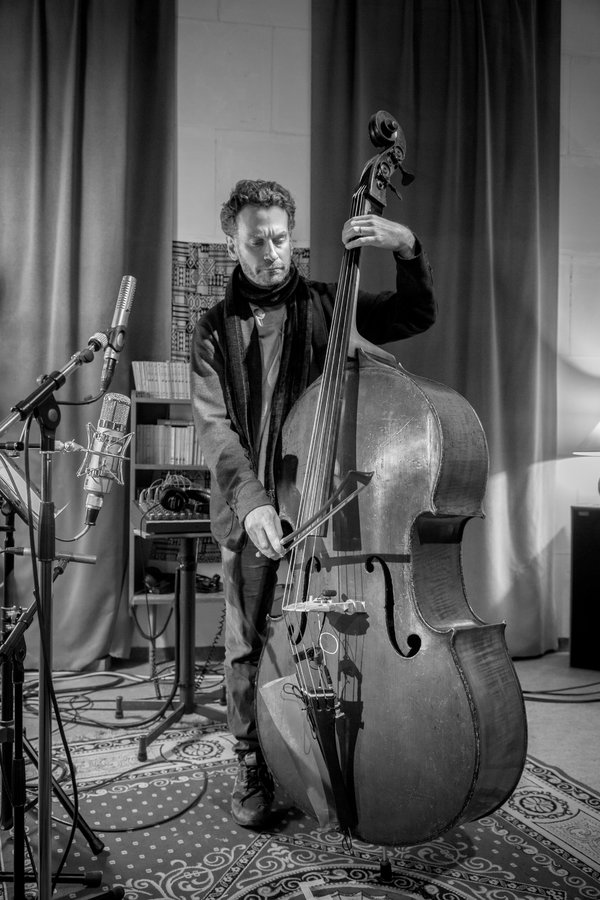 CARLA BLEY TRIO at Jazz Standard (March 19-20, 7:30 and 9:30 p.m.). Unlike her compositions — a lovable admixture of American folk songs, avant-garde jazz, soft rock and Romanticism — Bley, at age 82, remains a rather inaccessible figure. She doesn’t tour often, and she has long preferred the scholarly remove of a composer’s identity to the more public one of a bandleader. All of which makes this appearance, featuring her longstanding trio (Bley on piano, Steve Swallow on bass and Andy Sheppard on saxophones), something especially worth seeking out.
212-576-2232, jazzstandard.com

MARÍA GRAND at Roulette (March 21, 8 p.m.). A dauntless young tenor saxophonist whose concept and ambition seem to grow broader by the week, Grand is unwilling to accept anything as a given — stylistically, culturally, whatever. This concert, which she has titled “Music as a User’s Manual,” is meant to upend the passive relationship between audience and performance. How will she achieve this? That, presumably, depends on you as much as on her. But we know this: The first portion of the night will feature Grand alone, on saxophone and vocals; she’ll then be joined by Ganavya Doraiswamy on vocals, Joel Ross on vibraphone and Rajna Swaminathan on mridangam, for a separate set.
917-267-0368, roulette.org

LARRY GRENADIER at Zürcher Gallery (March 15, 8 p.m.). A leading jazz bassist since the 1990s, when he was a member of Brad Mehldau’s watershed trio, Grenadier recently put out his first solo-bass recording, “The Gleaners.” The album feels like a peek into a private world, as if you’re discovering the poems of a great writer who was known only for his essays. (In actuality, it’s inspired by film: specifically, Agnes Varda’s famed documentary about potato harvesters, “The Gleaners and I.”) For much of the record Grenadier focuses on arco playing, showing great range: He can use the bow to create spritzed, lively rhythms or a luminous, slow immersion. Abstraction would seem inherent to a solo-jazz-bass performance, but there’s nothing dreamlike about this album; his sound is as direct and powerful as it is elegant.
galeriezurcher.com

THANDISWA MAZWAI AND NDUDUZO MAKHATHINI at the Africa Center (March 15-16, 8 p.m.). Mazwai is an A-list celebrity in South Africa, where she upholds a long tradition of politically engaged pop singing. She rose to prominence in the 1990s as the lead vocalist in Bongo Maffin, a famed group in the kwaito genre (a kind of house music). In the years since she has become known as a solo artist carrying on the legacies of Miriam Makeba, Brenda Fassie and other vocalists who blended jazz, pop and South African folk music. Here she appears alongside Makhathini, a young pianist with a thriving career as both a sideman and a solo artist, always guided by an attentiveness to music’s potential for healing and renewal. This concert is presented as part of the Salon Africana series, which features performers chosen by the vocalist Somi.
salonafricana.com

CHARLES TOLLIVER at the Blue Note (March 14-17, 8 and 10:30 p.m.). A trumpeter with a strong, unvarnished attack, Tolliver launched his recording career in 1968 with the release of “Paper Man,” an epochal record reflecting the blend of post-bop, psychedelic rock, salsa and increasingly militant funk being played around New York City at the time. He celebrated the 50th anniversary of the record’s release last year in a triumphant performance at the Charlie Parker Jazz Festival, and this weekend at the Blue Note he will reprise the reprisal once again. In addition to the alto saxophonist Gary Bartz — who was in the quintet that recorded the original album — he will be joined by the pianist Vijay Iyer, the bassist Buster Williams and the drummer Lenny White.
212-475-8592, bluenote.net

‘UNFORGETTABLE: THE MAGIC OF NAT KING COLE’ at Flushing Town Hall (March 15, 8 p.m.). The pianist and vocalist Nat King Cole — who died in 1965, at the height of his fame — would have turned 100 on Sunday. In honor of his life and legacy, the svelte and subtly inventive vocalist Sachal Vasandani will interpret songs from Cole’s repertoire with an all-star band: Shai Maestro on piano, Reuben Rogers on bass and Obed Calvaire on drums.
718-463-7700, flushingtownhall.org
GIOVANNI RUSSONELLO

KAREN O AND DANGER MOUSE at Florence Gould Hall (March 20, 7 p.m.). Jon Pareles, chief pop music critic for The New York Times, hosts an evening of music and conversation with the Yeah Yeah Yeahs frontwoman Karen O and the musician and producer Danger Mouse. On Friday, the duo will release “Lux Prima,” their first-ever collaboration. The audience will get to hear a selection of songs from the album during this discussion.
timestalks.com