Welcome to the weekend. Most of the votes are counted, and we are settling into an altered political reality. We are also settling into fall and getting ready for the holidays. Are you making a list and checking it twice? No matter what you’re up to, don’t forget to indulge in some fantastic journalism. 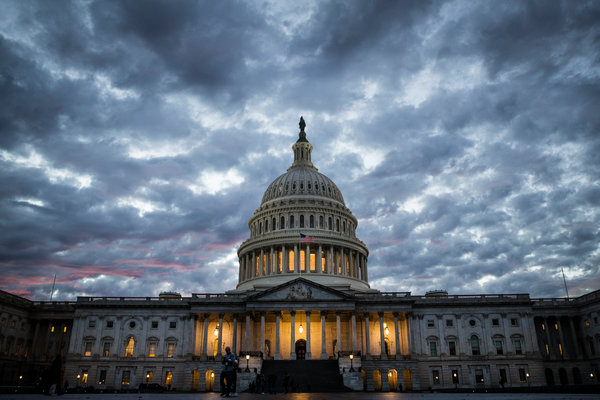 How the House fell: Republican chaos and Democratic focus

Despite warnings from within the G.O.P., Republicans lost their unity and grip on messaging, allowing the Democrats to gain a majority of congressional seats. Politics

[Also read: “‘I Had Been Taking My Right to Vote for Granted’: First Time Voters Reflect on Election Day”]

Brent Taylor, Utah mayor killed in Afghanistan, was on his 4th deployment

Major Taylor, who died Saturday in an apparent insider attack, was helping train Afghan troops and staying in touch with his North Ogden constituents on social media. National

Punishment of banks and big companies accused of malfeasance has declined precipitously since the Obama era. Investigations

Gillian Flynn peers into the dark side of femininity

The novelist and screenwriter has built an enormous following, especially among women, by portraying women at their worst. Magazine

A landmark collection of photography from the New York Times archives, looking back at how we’ve covered California as a place of innovation, recreation and revolution over the last century. National

His mini-series about a 2015 escape in upstate New York feels more like a thriller from a generation ago than the comic work he’s done before. Arts

In a world of climate change, creating a biome of one’s own. Style

An anniversary reissue, which includes remixes, reveals a band painstakingly working for an elusive perfection, running through songs again and again. Arts

A sweeping retrospective shows a personal side of the Pop master — his hopes, fears, faith — and reasserts his power for a new generation. Arts

Tech C.E.O.s are in love with their principal doomsayer

The futurist philosopher Yuval Noah Harari thinks Silicon Valley is an engine of dystopian ruin. So why do the digital elite adore him so? Business

Harlem made Mo Bamba, but he will take it from here

A viral rap anthem has people singing his name, but the 20-year-old rookie center for the Orlando Magic is focused on building a legacy that lives beyond any trend. Sports