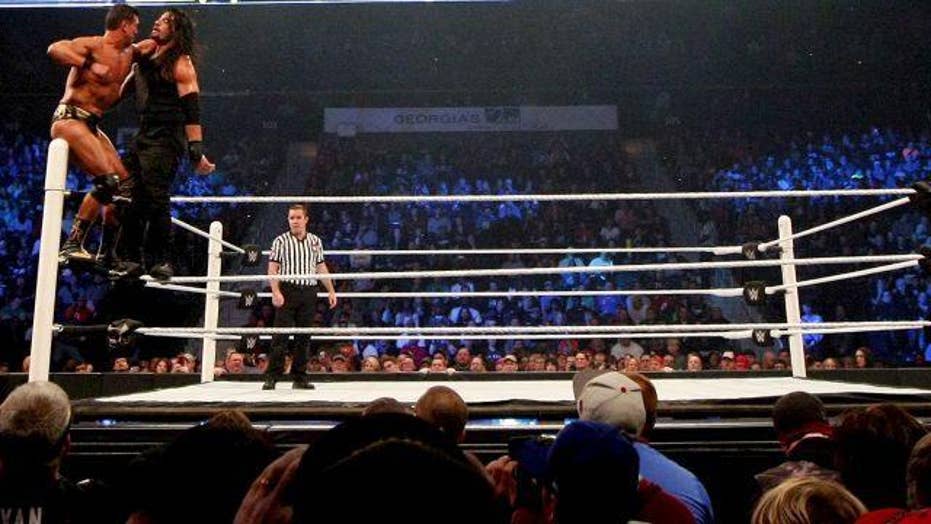 A professional wrestling referee demonstrated an incredible commitment to his job after breaking his leg in the ring.

A professional wrestling referee demonstrated an incredible commitment to his job after breaking his leg in the ring.

During an NXT event, referee Tom Castor was calling a match between competitors Velveteen Dream and Tyler Breeze in Omaha, Neb., when he suffered a rather nasty injury. Photos surfaced on social media showing Castor writhing on the mat with a snapped leg. Despite the apparent pain, he still managed to do his job and count out the match before getting medical attention.

According to Sports Illustrated, Drake Wuertz entered the ring to call the rest of the match and can be seen in a video of the big moment trying signal to people outside the ring to help Castor.

When Castor noticed that the match was about to end, he raised his hand and did a three count to close things out before reportedly getting treated by medical professionals. The outlet reports that, amazingly, Castor was in good spirits as he was taken out of the arena and took a moment to note how much he loves his job.

Representatives for the WWE, which produces NXT, did not immediately respond to Fox News' request for comment.

You can watch the moment he counts out the match in the video below.

Several of his colleagues in the wrestling world took to Twitter to share their well-wishes and admiration for the professional ref for getting his job done.

“Please say a prayer for my brother @tomcastorWWE. He broke his leg in the line of duty tonight during the main event of #NXTOmaha. When he was on the stretcher he squeezed my hand and proudly said "Drake I Love the Business". We love you Tom,” wrote Wuertz.

“Our @NXT @WWE Ref @tomcastorWWE broke his leg last night, still counted 3 and then threw up the “X” for himself!!! Shout out to Tom for being a true Pro and keeping his focus! #ReffinAintEasy," wrote WWE producer Scott Armstrong.

"There aren’t too many that ‘love the business’ left. He’s one. Tell him to let me know how I can help. Gotta TRY to keep the love alive," wrote Scott Dawson.

"@tomcastorWWE is a pro! Nothing but respect," wrote wrestler Punishment Martinez.