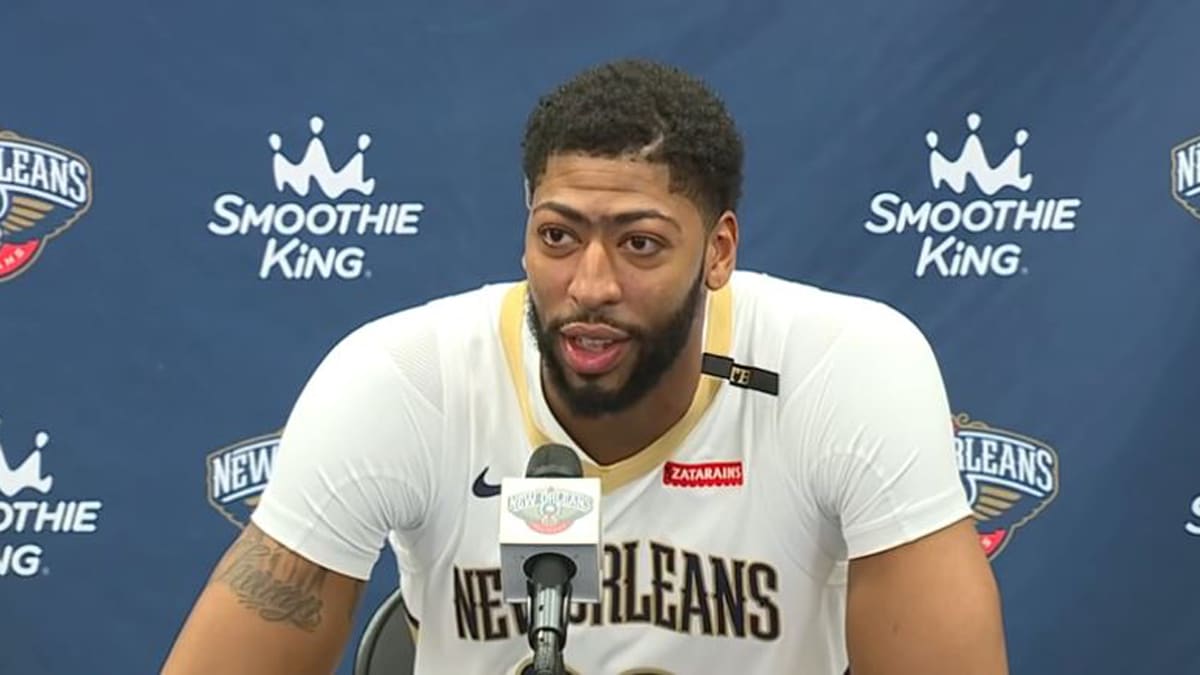 Anthony Davis had previously said that he had no intentions of signing an extension with any team other than the Los Angeles Lakers in 2020.

The Pelicans and Lakers talked about a trade but nothing happened by the NBA Trade Deadline. The NBA also made it clear that the Pelicans had to play Davis or they would be fined.

However, NBA teams have the right to rest players based on injury concerns when it comes to back-to-back games and tonight’s Pelicans vs. Lakers game is a back-to-back.

Anthony Davis reveals playing status against LeBron and the Lakers

Anthony Davis will not play tonight when the New Orleans Pelicans battle LeBron James and the Los Angeles Lakers.

The news came via Bleacher Report, and the reasoning was “rest” due to the back-to-back games. The NBA can’t really do anything about it but it seems a little suspicious.

The reason is that last night, when the Pelicans lost to the Indiana Pacers, 126-111, their best player Davis only played 20 minutes. AD scored 15 points in his 20 minutes of play.

The Pelicans have publically stated that Davis will get limited minutes the remainder of the season because the team wanted to focus on their future players and it is clear Davis will be traded this summer.

Anthony Davis and the Lakers

With the NBA threatening to fine the Pelicans if they rest Davis, he will keep playing to give fans the superstar to watch, but he won’t get much playing time. New Orleans knows that an injury would damage his trade value.

“You will see a reduction in Anthony’s minutes,” Ferry told reporters in New Orleans. “You’ll probably see Jrue [Holiday]’s minutes come down because his minutes have been so high all year.”

Mentioning Jrue is a good way of the Pelicans covering their bases.

As for the Los Angeles Lakers and LeBron James, Anthony Davis has said that there are more teams on “his list” if he is traded but that doesn’t mean there are any teams on his list that he will sign the extension with by 2020.

The Los Angeles Lakers quieted doubters for at least one game when LeBron James scored 29 points to lead them to a win over their Western Conference rival Houston Rockets, 111-106.

The Lakers are now three games back from the Los Angeles Clippers and the playoff bubble line, and with the New Orleans Pelicans resting their top star — and LeBron James possible future teammate — there is a good chance they close the gap.