Ronnie Ortiz-Magro Opens a New Window. is back on top. The reality star opened up to Us Weekly exclusively in a new interview and photoshoot and didn’t hold back while talking about his time in rehab, caring for his daughter and what’s coming next for him.

The 33-year-old spent the past month at HeadWaters at Origins holistic treatment center in West Palm Beach, Florida, checking out on Friday, February 8. “The first two weeks, you’re getting into a groove. Then the last two weeks just kind of flew by. Every week just got quicker and quicker,” he told Us. “I think I did the right amount of time, because it was just enough. I feel like when you’re in there too long, you’re in a bubble. Then you come back out into the world and you’re like a scared cat. You’re like, ‘What do I do? How do I drive again? How do I do this? How do I do that?’”

Now, he’s taking things “day by day,” spending time with his family, living in the present and filming the upcoming season of Jersey Shore: Family Vacation Opens a New Window. .

“You will see this journey on the show. We filmed it up to before I left, and we’re going to film it after because I want to tell my story,” Ortiz-Magro said. “I want to touch people that are out there. I want to touch my fans … This is serious stuff that’s going on. People may be tired of seeing us be drunk and act wild. They want to be like, ‘Alright, what’s next? What’s the next chapters in their lives? What are the steps that they’re taking?’”

He continued: “Maybe some people will watch this and be like, ‘Damn. I’ve been where he’s at. I’ve been depressed and I’ve turned to alcohol.’ Maybe they don’t know they have a problem. Maybe they were like me where they’re just like, ‘I’m working and I’m making money. My life is manageable. I’m a good father, and I’m this, and I’m a good son.’ But maybe you’re not. Maybe in your mind, you think you are, but you might sit there and be like, ‘Wow, I could be better.’ You could always be better than the person you are today. You can be better tomorrow, and you can be better the next day.”

Scroll through the gallery below to see the exclusive photos with the Jersey Shore star and more from his telling interview. 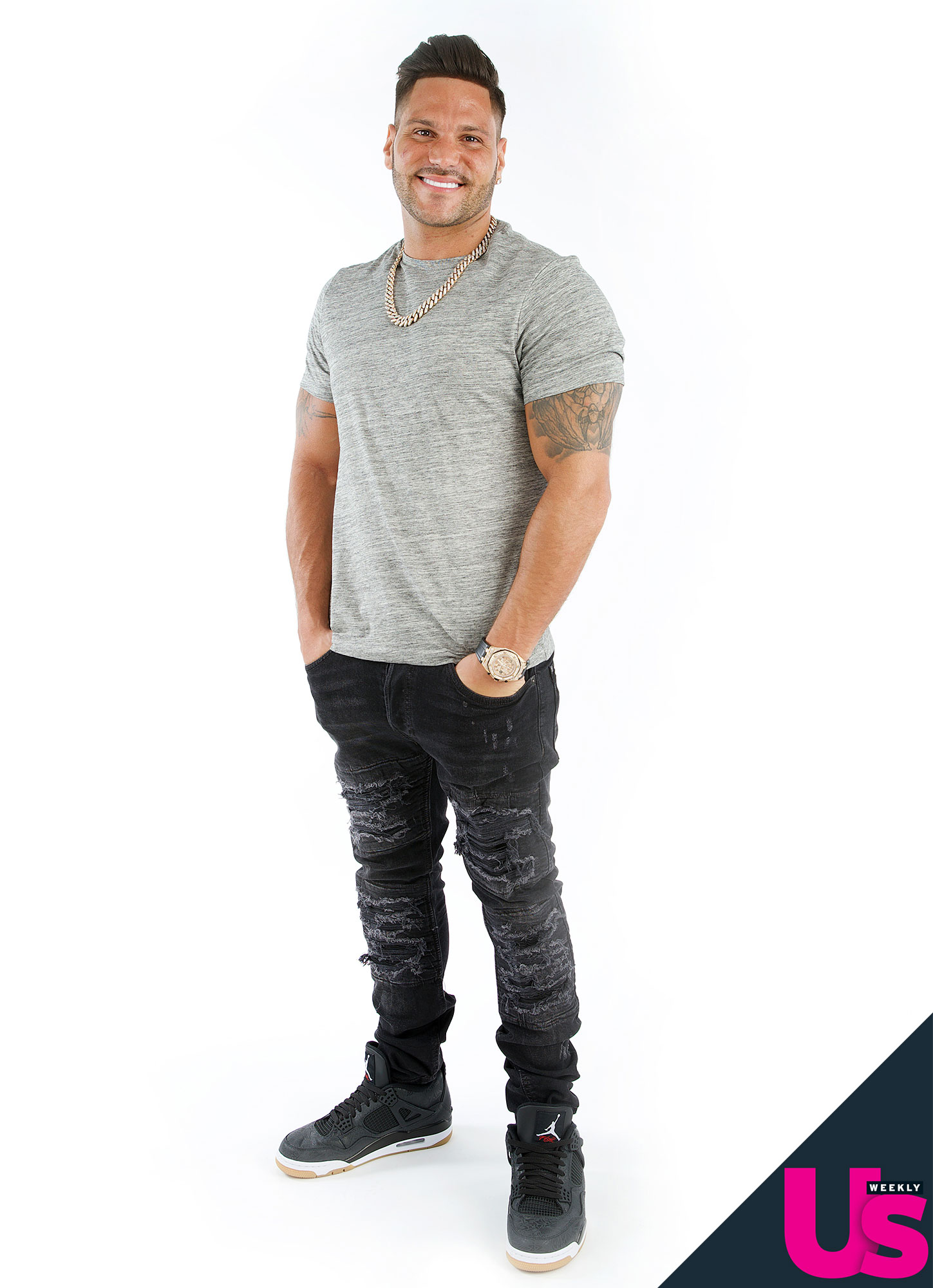 Ortiz-Magro admitted that he had completely lost control and would react to situations irrationally before entering rehab – and that it had been going on for quite some time. “I was very depressed, very angry [and] resentful to myself about a lot of things that I’ve done over the last year or even years. You look back to all the things I have done I’m not really proud of a lot of stuff,” he shared. “I was definitely in a place where I just didn’t know how to control my life anymore. It was unmanageably manageable. I thought control over it. I’m like, ‘I’m successful, and I’m still making money, I’m doing this business, I’m staying busy. I got this, I can continue to drink.’ No, eventually you get to a point where you might as well be handcuffed because you just don’t know what to do.” 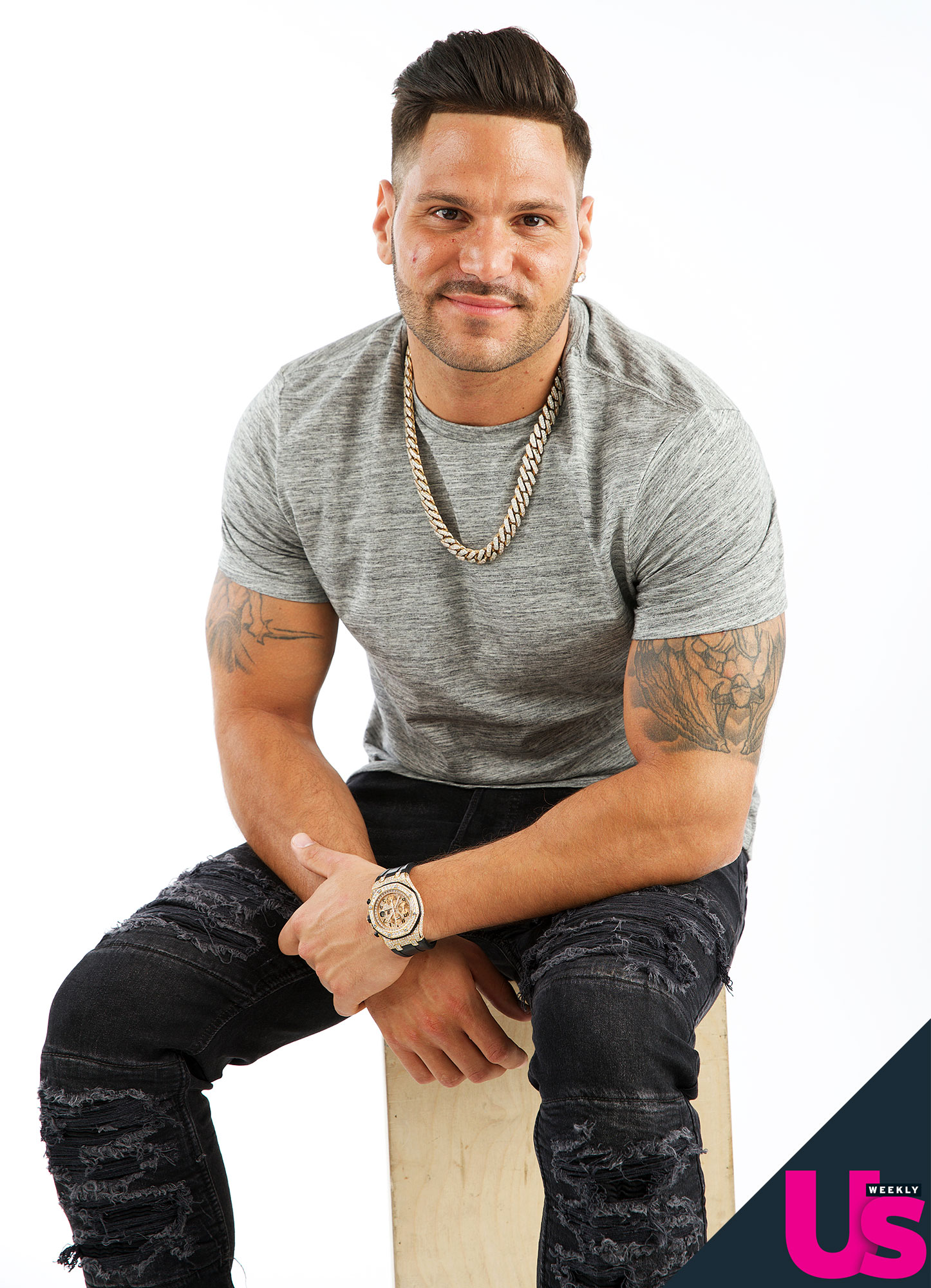 Luckily, the reality star was surrounded by friends and family who had his back. “There were people around me that were worried, but they were more supportive. It’s like, you can’t force somebody to do something,” he explained. “People that I didn’t think were going to be supportive were supportive. People texted me, ‘We got your back. We can’t wait to see the new Ronnie, and see who you become and the things you have learned.’” 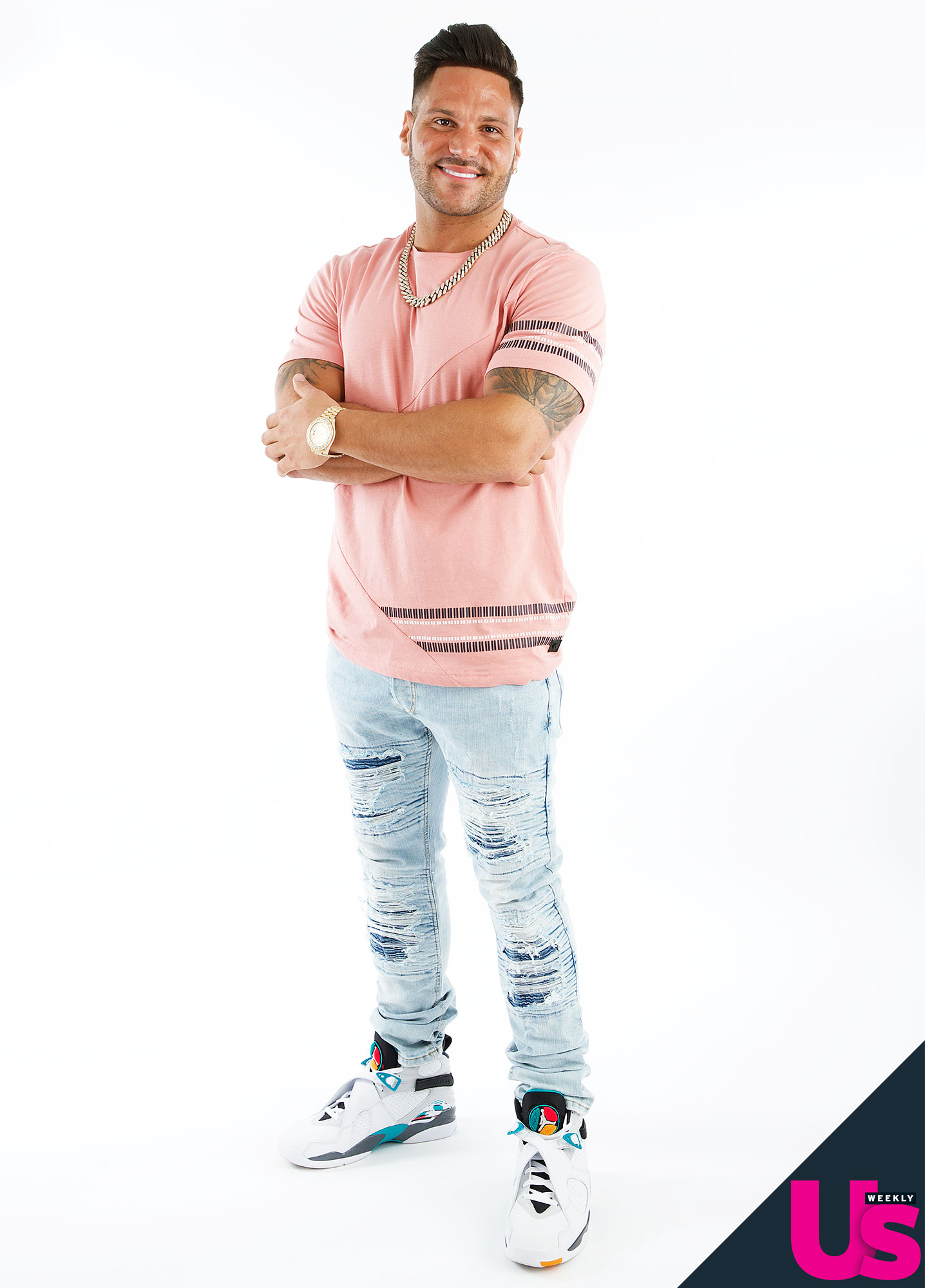 While inside treatment, the Bronx native was allowed to keep his phone and on the weekends, visited the beach or the mall to relax. However, the center helped him get back into a daily routine, something he was lacking in his life. He was also not treated any differently, despite his celebrity. “Everyone in there was amazing – from the chefs, the nurses, the patients that were there, everybody was so supportive,” he said. “Being on Jersey Shore helped me to do the treatment because you’re with so many people that you don’t know. A lot of people tend to isolate themselves and they don’t want to open up but being on the show, being on the cameras, helped me open up and talk about my feelings. Obviously, because I cry all the time!”

Many of the patients were older, which was a surprise to Ortiz-Magro. “It really opened my eyes, because I’m lucky that I’m so young, and I made this decision now. There’s people in there that were twice my age, some almost three times my age,” he said. “You get so stuck in your ways that it’s even harder. A lot of them were like, ‘You’re lucky that you’re doing this now. You should feel like you did the right thing, because you’re doing this now.’” 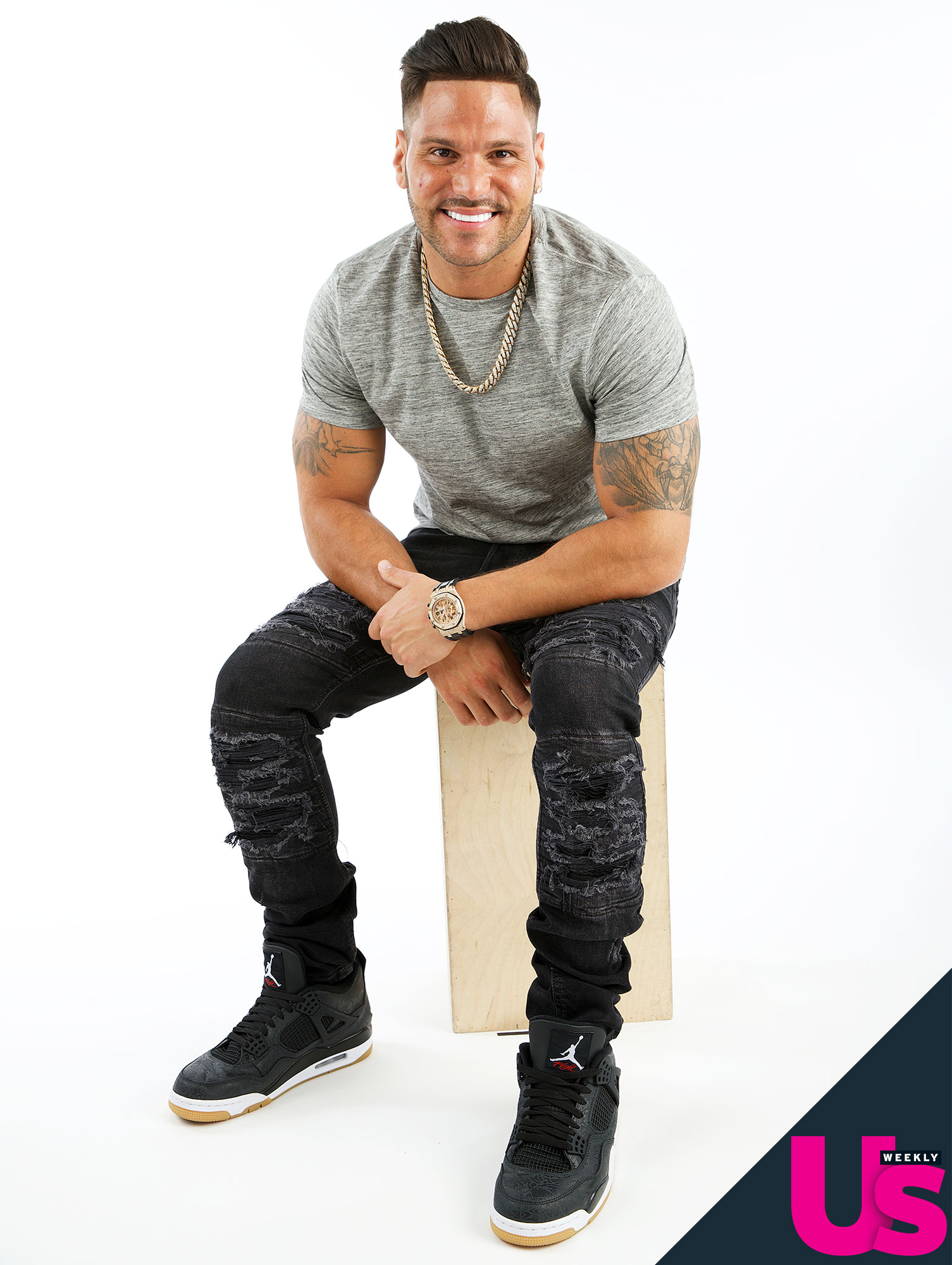 Whenever the former Famously Single star felt down inside the center, he thought of his 10-month-old daughter, Ariana, who came to visit him while he was in treatment. “When she came out, it was like, ‘Alright, well this is why I’m doing this,'” he shares. “You’re in there and this is a disease that pops in and out … You’re sitting there, and you’re like, ‘Wow, maybe I didn’t need to do this now. Maybe I could have waited another 10 years.’ Then I saw my daughter and I was just like, ‘No. This is something that I need to do now before she grows up and she’s like, ‘Where’s Dad?’” 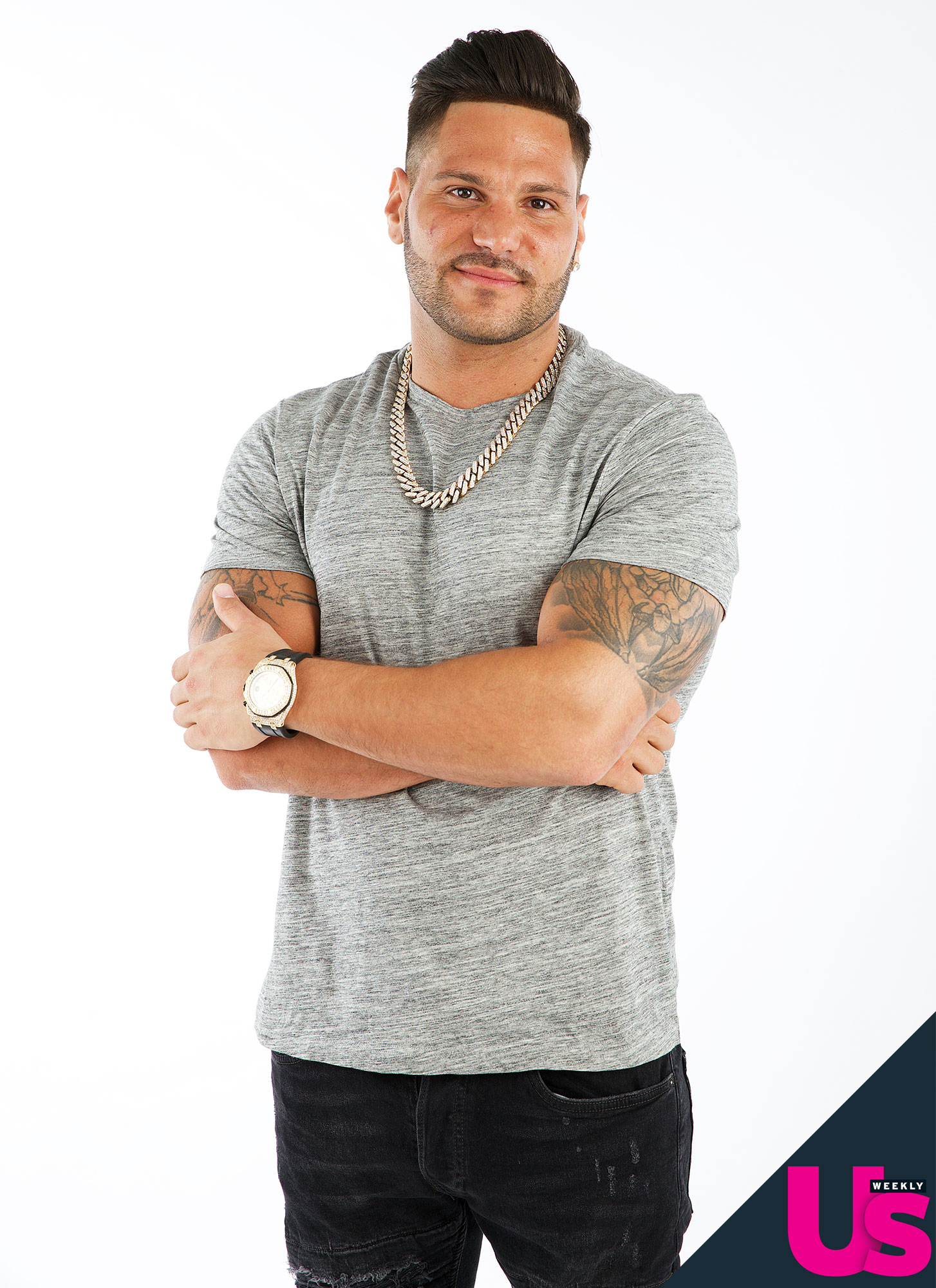 Now, Ortiz-Magro is focused on aftercare and is going to men’s group meetings and is completely sober. “It’s really about self-care. I go to talk to someone, I go to meetings,” he told Us. “It really has become a part of my life and it really has helped me because you get to hear other people’s stories and listen to what they have to say. It’s like, ‘Wow, you’re worse than I was, and you were in worse situations, and now you’re 15 years, or you’re ten years [sober].’ You could have been like, ‘Screw this, life sucks. I don’t want to do this anymore.’ But instead you took back control of your life. You decided to [say,] ‘I’m going to write this story. I’m going to have a story of creation, not a story of destruction.’”