The saxophonist, a founding member of the Red Red Wine band, needed an operation to remove two brain tumours.

But he said he was back in the pub supping Guinness within 48 hours of the surgery.

The 60-year-old said he had “never had a greater gift” than the health scare which had given him a new lease of life.

He had surgery last month on the day the band kicked off their 40th anniversary tour, which he was forced to miss. 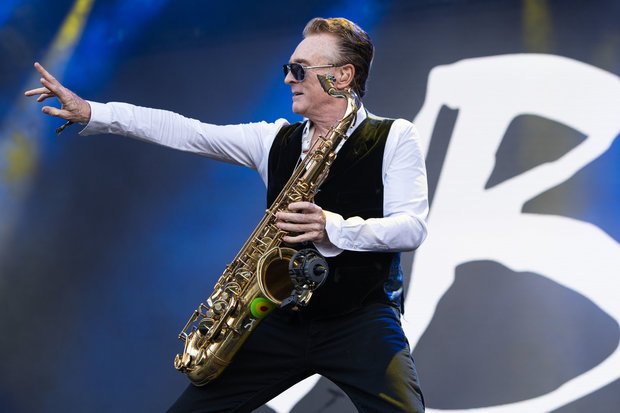 “I haven’t got a bucket list like so many people who reveal all the things they wished they’d done.

“I’ve no regrets. I’ve lived my life to the full and I’m going to carry on living it to the full.”

He added: “I’m a rock and roller. I have never felt more alive and I am bursting with ambition.

“I have never had a greater gift than this operation. I am going to make some great art.”