All Thomas Markle wants for the holidays is for daughter Duchess Meghan to get back in touch. The 74-year-old, who missed the royal wedding and hasn’t even met Prince Harry, now says Meghan, 37, “ghosted” him.

Markle discussed his estrangement from the duchess in a Good Morning Britain interview on Monday, December 17. “I’m very disappointed by it,” he said. “I’m not sure why it’s happening, and I’m waiting. I’m reaching out. I’ve been trying to reach out to her for several weeks. Every day I try to text her. I just haven’t received any comment back … I just keep asking her to respond back to me, and I haven’t got any response back. I’ve sent a letter, as well.” 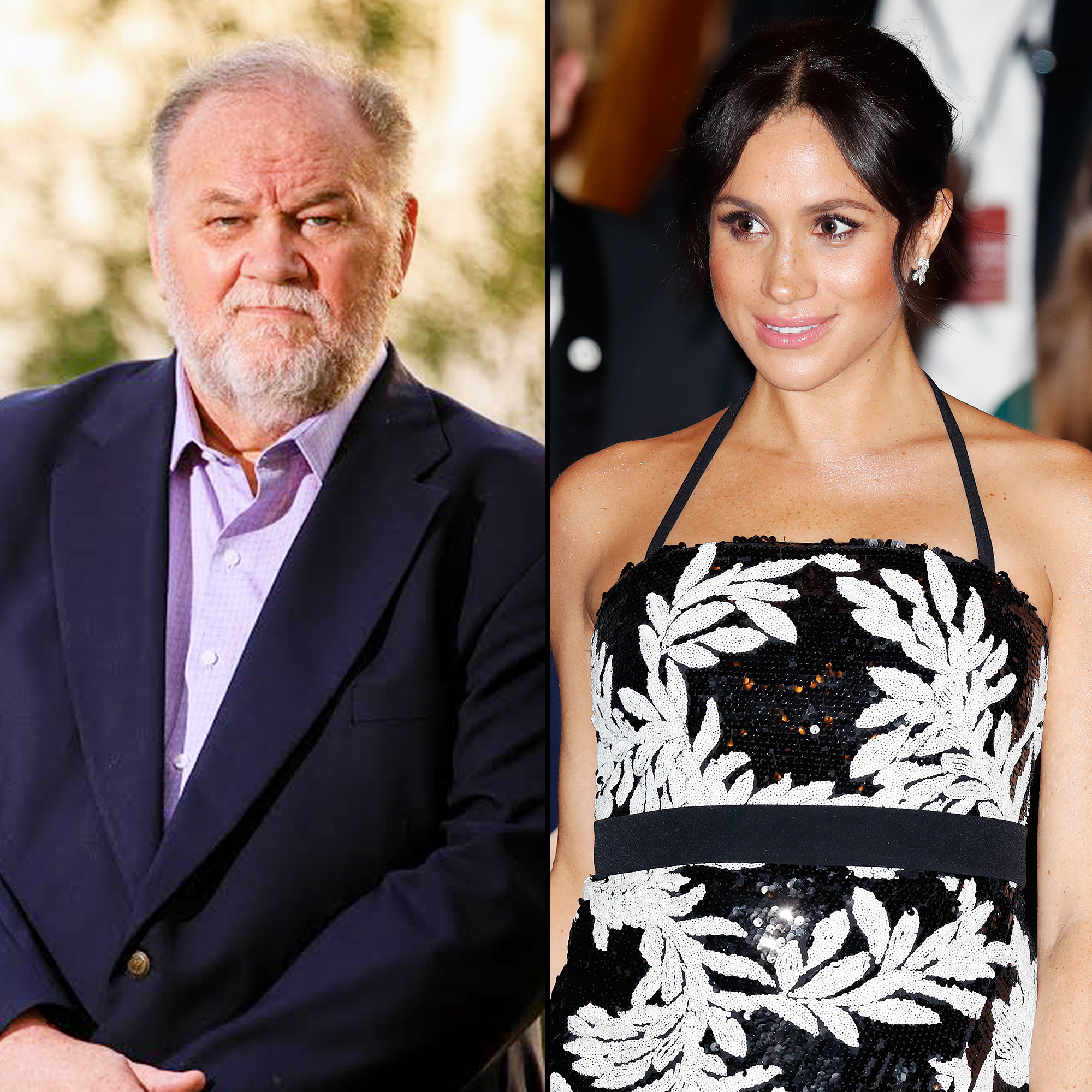 The retired cinematographer rejected the notion that Meghan’s royal life is incompatible with a relationship with him. “There has to be a place for me,” he argued. “I’m her father, and I will be the grandfather to her children. All I can say is that I’m here. She knows it. And I’ve reached out to her, and I need her to reach out to me. I love her very much.”

As for those staged paparazzi pictures, Markle told the GMB hosts he has “apologized a hundred times,” adding, “I don’t feel that that’s worthy of being shunned or ghosted. That’s ridiculous.” (Just before Meghan and Harry’s wedding, the Daily Mail published footage of Markle collaborating with a photographer on photos of him reading news about the royal couple. Markle later told TMZ he looked “stupid and hammy” in the photos.)

He also explained he knows people think he should just keep his relationship with his daughter private but said staying quiet about the family drama hasn’t gotten him anywhere.

“I don’t plan to be silent for the rest of my life,” Markle declared. “I love my daughter very much, and she has to know that. I would really appreciate if she would just call me, reach out somehow to me, send me a text, just say you’re there and you’re hearing me.”

Looking forward to the future, the Pennsylvania native is excited about his daughter’s pregnancy and hopes he’ll “get to see a little Meghan or little Harry” one day. “That would be very nice and I look forward to that happening,” he mused. “I’m hopeful. I think it should happen. I think she’ll make a great mom and maybe things will soften a little bit and we’ll connect again.”

And Markle had a message for Meghan, in case she and Harry happened to be watching: “I love you very much. You’re my daughter, and I’d really like to hear from you. Whatever differences or problems we’ve had, we should be able to work them out. We’re family. So please reach out to me.”

Last week, a source told Us Weekly Meghan “completely cut” off Markle for all of his “betrayal.” Another insider explained: “The best thing he could have done since the day it fell apart would be to go away and stay silent, and he’s done everything but. There is no relationship change. Any other interviews are just an eye roll.”